The eligible candidates can apply through the prescribed format along with other necessary documents on or before 22 March 2016.

Name of the Posts:

For more details on eligibility criteria, click on the link below of detailed advertiksement.

The selection of the candidates will be done on the basis of the interview/exam conducted by the organization.

How to Apply for Haryana SSC Various Jobs:

Eligible candidates can apply to the post through the prescribed format along with other necessary documents and send the applications so as to reach on or before 22 March 2016. 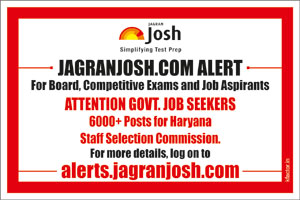