Economy is one of the most important sections of the IAS Prelims Syllabus. Indian Economy is a Mixed Economy so at the one hand Government take part in the Economic processes of productions and on the other hand regulate the market with the notion of neutrality and free from any bias. The importance of Economics can be assessed by the quality of the questions and their numbers which are increasing year after year in the IAS Prelims Exam. The candidates cannot bypass the study of Economy for the IAS Prelims Exam.

After the Liberalisation, Privatisation and Globalisation and the new Economic Policy regime in India, various economic processes and institutions have changed. They are reorienting to adjust with the global order. The local industries are trying hard to compete with the Multinational Companies and so on. The new order is the Glocalisation  of the products to dig deep into the consumer purchasing pattern and reap the benefits.

Moreover the International Politics now-a-days are govern by the issues of Geo-Economic interest of the World Powers. Geo Economic Interest is emerging as the primary goal of the world powers to achieve their best interest. In several ways it is influencing the international relations. The same is reflected in the Policy Decisions of the Indian Government.

The e-Books include the in-depth coverage of the Economic Survey 2014-15, Union Budget 2015-16, International Institutions and the various Government Schemes related to the Social Welfare and Agriculture regeneration. The Concept of National Income and its calculation is described in details to build a better understanding of the Topic.

The main highlights of IAS Prelims Indian Economy e-book are: 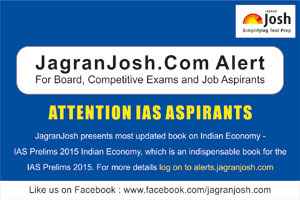