Looking for a Job that pays you well? Take a look at these 7 sectors that are hiring the talented pool of professionals and are in the boom at present in our economy. 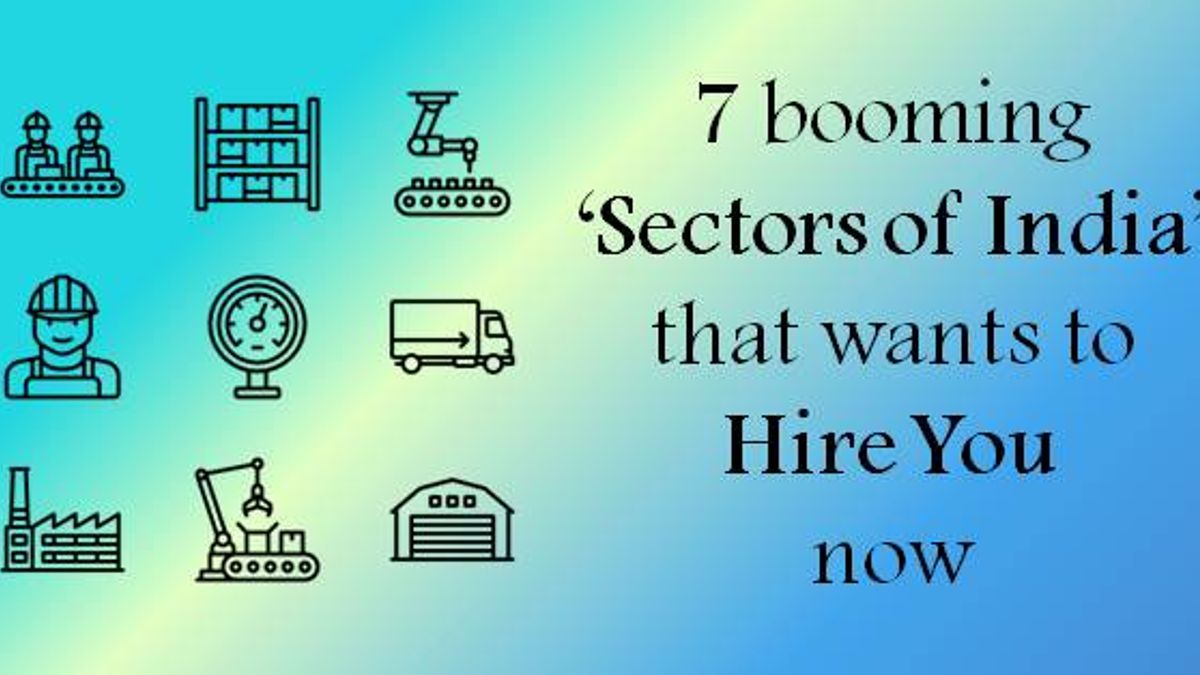 The year 2017 has come up as a bag of surprises with lots of sectors cutting down the jobs and the newer ones opening arms to embrace the talent. After demonitisation, the economic pace of growth surely became slow at a snail’s pace and it did have a trickle down impact on the job sector as well. Where one door seems to be locked, do not forget that the other ones are still open!

Considering the changing scenario of job market in the metropolitans of India, here are 7 booming sectors that will not let your hope down irrespective of whichever city you dwell in. Target these sectors to secure a job amidst the turmoil of job crunch in the current job market.

As per the report of Indian Brand Equity Foundation (IBEF), India is experiencing 22-25 per cent growth in medical tourism and the industry is expected to double its size from present (April 2017) US$ 3 billion to US$ 6 billion by 2018.

Further, a UAE-based Gamma Group has outlined plans of investing around Rs 3,000 crore (US$ 449.68 million) in the infrastructure, health and education sectors of Kerala. This investment brings in good news for the job seekers at Kerala’s health sector are expected to generate around 2,000 indirect and direct jobs in the state.

In another report by a placement company TeamLease Services, the planned goods and services tax regime will result in double-digit job creation in pharma, with a prevailing job growth rate of 14%. Apollo Hospitals Enterprise also requires specialist talent in medical care, including doctors, nursing staff and allied health professionals.

In a nutshell it is expected that in the next two to three years, Apollo and other hospitals plans to add close to 20,000 employees to its existing 70,000 staff strength.

Initiatives such as digital India are promoting people to become technologically advance and needless to say that mobile plays a considerable role in pushing Indians become digitally smart. Focus on digital technology and mobile app development is expected to drive employment. According to estimates by Randstad India, the Indian telecom sector is expected to generate four million direct and indirect jobs over the next five years.

Further, the mobile industry is expected to create a total economic value of Rs 14 trillion (US$ 217.37 billion) by the year 2020. As a result, it is expected that this industry will generate 3 million direct job opportunities and 2 million indirect jobs during this period According to a reputed consulting firm PwC, India's media and entertainment (M&E) industry is set to grow at a faster pace of 10.55% CAGR, outshining the global average of 4.2% CAGR. This sector is witnessing tremendous growth in theme parks, screens in the multiplexes, growth in the restaurants franchisee and many more avenues.

This trend is expected to provide a boost to the existing slowdown in the job market. Further, the government's has also approved the model Shops and Establishments Act that will further allow cinema halls to remain open round the clock.

All these factors will play a role in enhancing the job scenario in the market and the Job growth is likely to be 12.56 per cent for this sector. According to the report published by Naukri.com’s Job Speak Index, KPO saw a month-on-month (MoM) increase in the job growth of 21 per cent. The demand for professionals in domain of big data analytics is driving factor for garnering employment in the KPO industry.

The sector is expected to generate a consistent robust growth for the talented pool of Indian professionals and is set to offer approximately 150,000 jobs the coming financial year.

While taking up a career option, do consider to get trained in skills that will let you become expert in jobs related to extraction of technical data, data mining, data creation and management etc. Salary and pay-packages offered to the freshers and experienced are also decent to help you grow in monetary terms as well. With e-commerce giants such as Flipkart, Amazon India, Paypal and many more, the ecommerce industry will never come to a standstill. Jobs in e-commerce & technology startups are likely to grow 14.94 per cent.

Government played a significant role with initiative such as Startup India, Skill India, Digital India, Make in India to push this sector and spread its wings. The sector has indeed opened a pathway for the rural artisans, women artisans to showcase their talent globally. Not only this, the long lost art of Indian traditional styles has also got a boost with a global reach through the e-commerce.

The sector is likely to keep up the job intact and will also boost the other associated industries such as Logistics players, SMEs and IT Organizations to maintain their ecommerce infrastructure.

As per a report released by KPMG, the sector is likely to provide employment directly to 1.45 million people by 2020. As per the hiring trends of 2017 by KPMG’s report on Ecommerce Industry, ¼ of the MBA students from across India’s top tier business schools highlighted the fledgling e-commerce sector as their sector of preference, ahead of BFSI and IT.

The Financial Express has estimated that by the year 2020, the banking and financial sector (BFSI) will require 9 million workforce to run this sector. In addition, for the currently working employees in this sector, a salary hike in the region of 12% to 14% is also expected for then in the coming times.

This trend is a consequence of exodus of the baby boomers generation. The sector will witness the hiring of millennials to deal and manage the objective of nurturing a cashless and digital economy.

Employers in this sector are targeting workforce that will largely comprise of 40 to 50 percent millennials with an average age between 27 to 34 years. The BFSI sector and financial landscape of India is expected to undergo a sea-change and will bring about positive results for those aiming to join this industry. The sector is projected to see a job growth of 10.57 per cent. Indian Retail industry landscape also seems to be changing gradually with more organised forms of retail chains cropping up in the market. India is ranked third after China and Brazil in terms of the Retail Industry growth. The sector will witness a market size to double to USD 1 Trillion in 2020 from USD 600 Billion in 2015.

With the advent of GST regime and demonitisation in picture, retailers are propelled to enter more organised form of dealing with the customers. This has further increased the demand for appointing professionals with an experience in planning and execution across various verticals to prosper in the retail industry.

As per the report of IBEF, Walmart plans to open 50 new cash-and-carry stores in India over the next three to four years in Uttar Pradesh and Uttarakhand. This will further generate over 40,000 jobs in the two states specifically. Government of India has allowed 100 per cent Foreign Direct Investment (FDI) in online retail of goods and services through the automatic route. These milestones are a promising deal to bank upon while looking for jobs in the economy.