The animation industry will provide jobs to everyone in pursuit of a creative job. 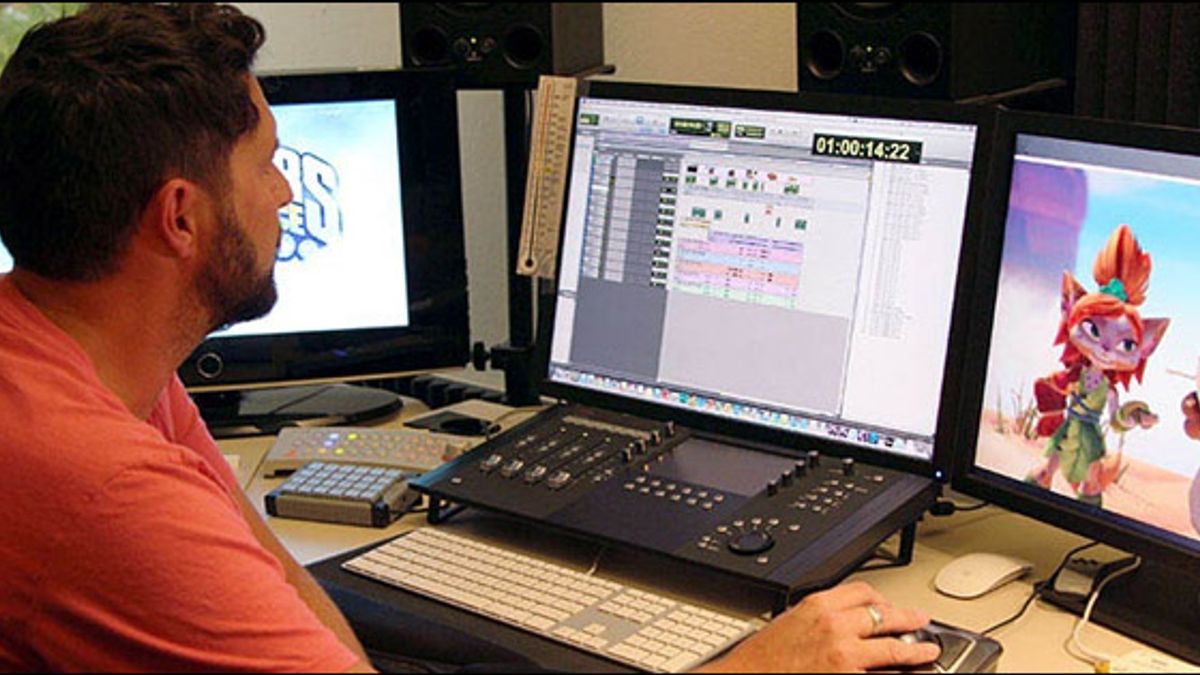 A career in animation has the potential to unleash a string of creativity and money will follow too. Low costs and technical expertise along with excellent soft skills of Indian professionals have made India a hub of the global animation industry.

On the fast track

The animation industry in India, though a late bloomer, is considered to be one of the fastest growing sectors in the field of multimedia. According to a recent study conducted by Assocham and Deloitte, it is expected to grow at 20 per cent to reach Rs 1,154 crore by 2013 from the current 556 crore, indicating a plethora of job prospects for aspiring animators.

"Indian animation has grown by leaps and bounds in the last 10 years. Currently, it is growing at the rate of 30 per cent per annum. Also, animation studios have been successful in doing service work for outsourced projects, in co-productions and in creating original content," says Rajiv Chilaka, founder and managing director, Green Gold Animation Pvt. Ltd.

Although an engineering graduate, Chilaka found his calling in animation and today is a successful animation director with films such as Chhota Bheem, Krishna and the very recent Vikram Betal in his kitty. He believes the Indian animation industry will follow in the path of the software industry. "A strong foundation has been laid and the future of Indian animation looks extremely bright," says Chilaka. At present, handling outsourcing for the US and UK markets is the local industry's primary source of revenue.

"The growth of animation is because of the combination that the talent in India offers a high quality of animation and technical work, a good understanding of English and a large degree of cost-effectiveness when compared to American and European professionals. That has led to a significant amount of animation filmmaking work being done in India. The last five to eight years have witnessed some of the best Indian animation films," says Meghna Ghai-Puri, president, Whistling Woods International.

Although the major players are the US, Europe and Japan, India is proving its mettle slowly but surely. "India's Gross Domestic Product (GDP) is five per cent that of the world. Moreover, ours is a service-led economy and more than 2/3rds of our GDP comes from services. Add to this the fact that India has a young demographic profile, and you realise that India's current share of the world's animation and gaming industry may be under one per cent but there is large scope for growth," says Sandip Biswas, director, Deloitte, India.

The Indian animation industry has a better hold on the two vital areas; animation and special effects designing. "India has a relatively better skill level and experience (in terms of on-screen minutes) in the area of visual effects than in animation. In fact, almost every Indian film has some special effect shots in it. If one were to combine the two industries, then its scope in India is significantly higher than just animation," says Puri.

Another factor that works in favour of the flourishing Indian animation industry is the acceptance of animated movies by the Indian audience. Arun D'Souza, head, Monitoring and Evaluation, Autodesk India and SAARC, explains that the success in India of animation movies such as Avatar, Kung Fu Panda and Chhota Bheem have inspired confidence among Indian movie makers and the animation industry is clearly enthused by such developments. "In India, we have a variety of great story lines, due to rich and diverse culture. Mythology presents a plethora of subjects that can be used for films. The booming gaming industry is also a positive sign for the animation software market in India," says D'Souza.

With formal education in two dimensional or three dimensional work skills, aspirants can easily become qualified animators. Professional diploma programmes in animation and multimedia can be taken up for higher study. Aspirants can specialise in multiple fields: three dimensional (3D) or two dimensional (2D) modelling, special FOX Creation, animation, character design, games design and interaction design. The basic requirement is excellent creative and artistic abilities such as a flair for drawing, sketching or caricaturing. "Today a lot of projects worldwide are being executed using Flash software. I suggest people with strong drawing skills should venture into 2D animation based on Flash," says Chilaka.

A junior animator (after getting on-the-job training at a leading animation studio) earns between Rs 10,000 and Rs 15,000 per month. A senior animator with three to five years of work experience earns between Rs 30,000 and Rs 40,000, while an outstanding portfolio can fetch aspirants up to Rs 50,000 a month. A creative director earns double of that. Then there is the gaming industry. According to Biswas, the Indian gaming market is estimated at Rs 1,089 crore and is expected to grow at a compounded annual growth rate of over 50 per cent to reach Rs 59,252 crore by 2013.

Animation as a genre is seeing a surge in India after the success of Lightstorm's Avatar. There is a focus on developing animated content both for television audiences and for the movies.

"The number of Indian broadcast channels such as Cartoon Network, Pogo, Nickelodeon showing animation content has grown phenomenally over the past few years. We are also seeing a lot of animation movies being worked on. My Friend Ganesha and its sequel came in quick succession and was a big hit with children as well as youngsters. There are at least seven films which will be ready for release in the next three to six months that have animation-based content. In terms of three dimensional animation, in the last two years we have seen two major releases in Road Side Romeo and Ramayana," points D'Souza. The increasing use of animated characters in movies, advertisements and games, has established India's strong position as a hub for animation; and the growing presence of post-production studios in the country indicates a promising future.

With Inputs From India Today. © 2010. LMIL. All rights reserved.