A quiz based on the latest developments in the business world for the 10 April to 16 April 2014 week. Read and know how well updated you are.

Q3. Airtel made a 5 year deal to manage Airtel's infrastructure and application services with which company?

Q4. Guess the Personality who is the CEO of Biocon 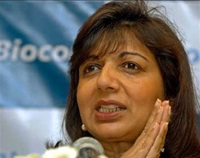 Q5. Symphony Teleca Corp (STC) a U.S. based software service provider made announcement about its acquisition of

a) Holcim Cements
b) Holfarge
c) LafargeHolcim
d) None of these

Q8. Homeshop 18 is going to launch its IPO in which stock exchange?

Q9. Which IIM raised its fee this year?