A quiz based on the latest developments in the business world for the 20 to 26 March 2014 week. Read and know how well updated you are.

Q1. Guess the personality who took over as the new chairman of MCX-SX and is the former chairman of LIC India 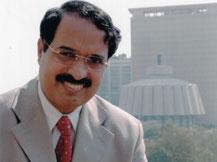 Q2. How much is Nanadan Nilekani`s assets, which he declared recently as he is going to participate in elections.

Q5. Author of many books, Khushwant Singh died recently. Which book he wrote?

a) Italy
b) France
c) China
d) None of the Above

a) China
b) Turkey
c) Italy
d) None of the Above

Q8. Which Indian IT Major Company Ranked No.1 employer in Europe for the second consecutive year by the Top Employers Institute.

Q9. India’s latest airline, AirAsia India, has taken delivery of its first Airbus equipped with Sharklets,What is the name of that Airbus.