Check the important MCQs from CBSE Class 10 Science Chapter 16 - Management of Natural Resources. All the MCQs are provided with answers. 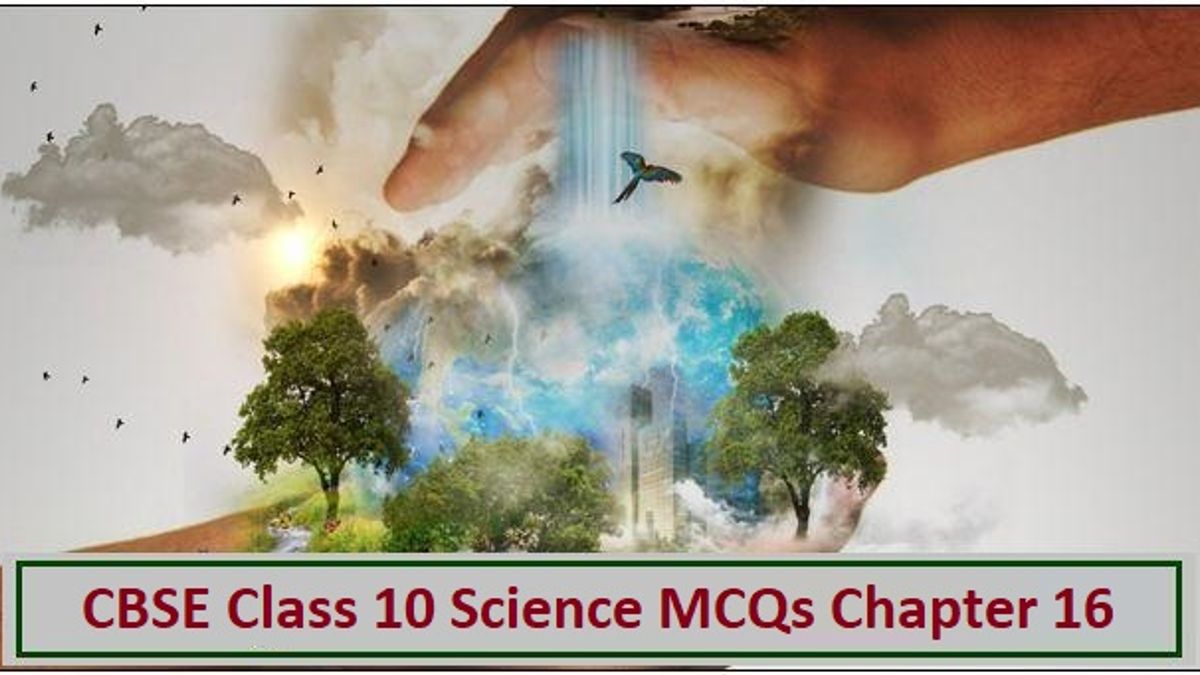 In CBSE Class 10 Science Exam 2020, question paper will have more number of MCQs as compared to the previous years. Therefore, students should work on such questions in which they have to choose any one correct option. They should be aware of each and every concept occurring in each chapter of Class 10 Science. To help them prepare easily for the exam, we are providing the important MCQs. MCQs from Class 10 Science Chapter 16: Management of Natural Resources are provided here with answers. All these questions will give them a chance to test their knowledge and prepare for the exam in the best way.

1. Which of the following is/ are not the consequence/consequences of building high-rise dams?

i. Loss of biodiversity

ii. Depletion of the natural habitats of wild animals

iii. Soil erosion leading to the infertility of land

iv. Fall in the groundwater level

Explanation: Building of dams causes environmental problems because they contribute enormously to deforestation and the loss of biological diversity.

2. Which of the following activities will prove to be effective in preventing floods?

i. Removing the topsoil

3. Which among the following was a message conveyed by the ‘Chipko Movement’?

(a) To promote more and more developmental projects

(b) To involve the community in forest conservation efforts

(c) To ignore the forest conservation efforts in sake of development

Answer: (b) To involve the community in forest conservation efforts

Explanation: The Chipko Movement objectives were to end the alienation of people from their forests and teach people to participate in the management of forest ecosystem.

4. The quality of environment can be improved by-

(b) Overuse of natural environment

Explanation: We can improve the quality of the environment by conserving the biodiversity and looking after it.

5. Which among the following is an eco-friendly activity?

(a) Making use of automobiles

(b) Making use of poly bags for shopping

(c) Making use of dyes for colouring the clothes

Explanation: Wind is a natural resource and energy, it can be used by the windmill to generate power for irrigation.

6. Which of the following does not lead to the depletion of groundwater?

(b) Cultivation of high yielding varieties of crops

Explanation: The planting of trees does not deplete the groundwater level.

7. Government launched the ‘Ganga Action Plan’ (GAP) project in 1985. The main purpose of this project was to:

(a) Build new dams over the Ganga river

(b) Make its water pollution free

(d) Promote the growth of water animals like fish, in the river

Explanation: The aim of GAP is to reduce pollution load in the river Ganga. Pollutants include human, industrial and religious wastes.

8. Which among the following factors help in confirming the contamination of river water?

i. Measurement of pH of river water

Explanation: The pH of water and coliform presence in water indicates contamination by disease-causing microorganisms

9. Among the following choose the correct option which includes acts related to the three R's strategy which can be useful for conserving our natural resources?

Explanation: The three R’s- reduce, recycle, reuse helps in the conservation of our natural resources.

Explanation: The high rise dam the Sardar Sarovar is situated on the river Narmada.

12. Which among the following is a major programme that was started to replenish the damaged forests?

Explanation: Silviculture is the practice of controlling the composition, growth, health and quality of forests for various needs.

13. In our country, there are attempts to increase the height of several existing dams like Tehri and Almati dams across the Narmada. Choose the correct statements among the following that are a consequence of raising the height of dams

i. Terrestrial flora and fauna of the area is destroyed completely

ii. Dislocation of people and domestic animals living in the area

iv. It will generate permanent employment for people

Explanation: A large area of land is covered in building the dams which causes the devastation of the terrestrial flora and fauna. Masses of people have to be displaced to other locations and also there is a loss of a large part of the valuable agricultural land.

14. Given below are a few statements related to biodiversity. Pick those that correctly describe the concept of biodiversity

i. Biodiversity refers to the different species of flora and fauna present in an area

ii. Biodiversity refers to only the flora of a given area

iii. Biodiversity is greater in a forest

iv. Biodiversity refers to the total number of individuals of a particular species living in an area

Explanation: The term biodiversity refers to the variety of life forms on Earth. Forests are rich in biodiversity as a number of forms of life are found in forests, including trees, plants, animals, fungi and micro-organisms, and their roles in nature.

15. Which among the statements given below is incorrect?

(b) Sustainable development is a long planned and persistent development

Answer: (a) Sustainable development does not take into consideration the viewpoints of all stakeholders

Explanation: Management of forest resources has to take into account the interests of various stakeholders.

Students can also download and save these questions in PDF to use in offline mode as and when required. Link to download is provided below:

MCQs on other chapters of Class 10 Science can be availed from the following link:

You may also check the following links to get some other useful articles to prepare in an effective manner for the upcoming Class 10 Science CBSE Exam 2020: