CBSE Class 10 Science revision notes for chapter 9 - Heredity and Evolution are prepared by the subject matter experts and are according to the revised CBSE syllabus. 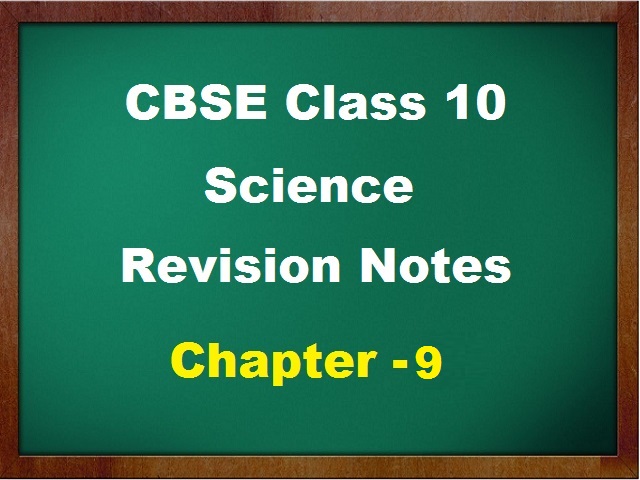 CBSE Class 10 students can make their Science exam preparations easier and effective with the help of revision notes provided by Jagran Josh. Notes for CBSE Class 10 Science Chapter 9 - Heredity and Evolution are available here. These notes are entirely according to the revised CBSE syllabus. All the topics and concepts have been discussed in a concise and clear manner. Students can refer to these notes for quick revision before the exam to give an edge to their preparation level and increase their final score.

Heredity: Heredity refers to the transmission of characters from one generation to the next generation.

Inherited Traits: These are the particular genetically determined features that make a person look different from others. For example - presence of attached or free ear lobes in human beings.

Rules for the Inheritance of Traits – Mendel’s Contributions

Monohybrid Cross: Cross between two pea plants with one pair of contrasting characters is called a monohybrid cross.

Mendel  took two types of pea plants – a tall plant and a short plant, produced progeny from them, and calculated the percentages of tall or short progeny. 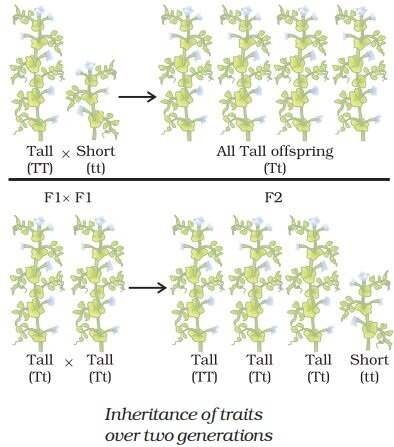 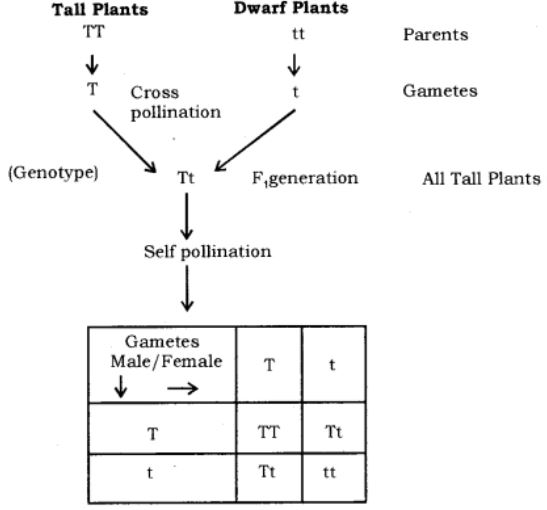 Observations from experiment were:

→ In first generation (F1), all plants were tall.

→ In second generation (F2), one quarter of plants were short and others were tall.

→ Thus, two copies of the trait are inherited in each sexually reproducing organism.

Genotype: It refers to the genetic make up of an individual. For example- a pure tall plant is represented by TT.

Phenotype: It refers to the physical appearance of the organism. For example - a plant having Tt combination will appear tall although it has gene for dwarfness. 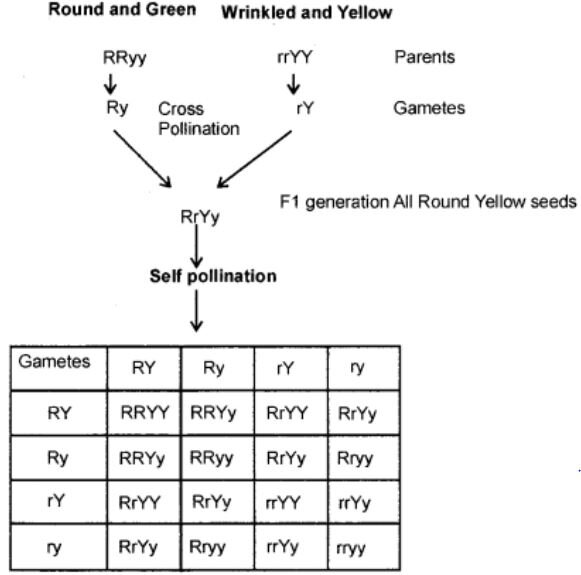 Observations from experiment were:

→ In F2 generation, four different types of seeds were obtained. They were - round yellow, round green, wrinkled yellow and wrinkled green in the ratio of 9 : 3 : 3 : 1.

How do these Traits get Expressed?

→ Cellular DNA is the information source for making proteins in the cell.

→ A section of DNA that provides information for one protein is called the gene for that protein.

→ In some animals, the temperature at which fertilised eggs are kept determines whether the animals developing in the eggs will be male or female.

→ In some other animals, such as snails, individuals can change sex, indicating that sex is not genetically determined.

→ In humans, the sex of the individual is genetically determined.

→ In human beings, all chromosomes are not paired.

→ 22 chromosomes are paired but one pair called sex chromosome is odd in not having a perfect pair in males.

Topics deleted from the chapter:

Q. Why did Mendel choose pea plant for his experiments?

Q. Give the pair of contrasting traits of the following characters in pea plants and mention which is dominant and recessive:

Q. Give reasons for the appearance of new combinations of characters in F2 generation.