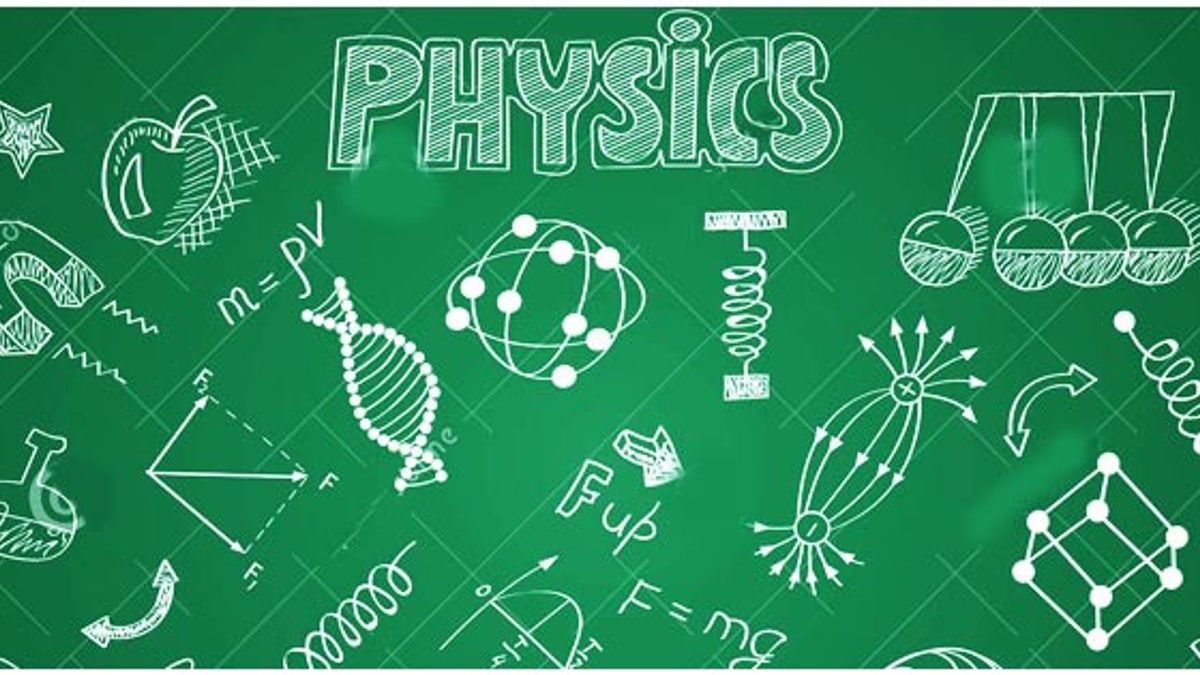 The experts and toppers always suggest to study from NCERT books, to score good marks in board exams or any competitive exams like IIT JEE (JEE Main and JEE Advanced), UPSEE, WBJEE, VITEEE, SRMJEEE and NEET. The content in NCERT books are prepared by highly educated professors from different top colleges. There is no possibility of any error in NCERT books.

In this article, we bring to you NCERT Exemplar Solutions for all the questions of Class 12 Physics Chapter 11 – Dual Nature of Radiation and Matter. It will definitely help you to score good marks in both board exams and competitive exams. These solutions are explained by experienced Subject Experts of Physics.

Important Topics of Chapter 11 – Dual Nature of Radiation and Matter:

Types and number of questions in this chapter:

Few problems and their solutions from this chapter are given below:

Consider a beam of electrons (each electron with energy E0) incident on a metal surface kept in an evacuated chamber. Then,

(b) Electrons can be emitted but all with an energy, E0

(c) Electrons can be emitted with any energy, with a maximum of E0 − Φ (Φ is the work function)

(d) Electrons can be emitted with any energy, with a maximum of E0

A particle moves in a closed orbit around the origin, due to a force which is directed towards the origin. The de-Broglie wavelength of the particle varies cyclically between two values λ1 λ2 with λ1 > λ2. Which of the following statement are true?

(d) When the de-Broglie wavelength is λ2, the particle is nearer the origin than when its value is λ1

If particle is moving in an elliptical orbit with origin as its one focus, then the de-Broglie wavelength of the particle can be varying cyclically between two values λ1 and λ2.

Let the speed of particle at A and B be v1 and v2 respectively and origin is at focus O.

Also, let us suppose λ1 and λ2 are the de-Broglie wavelengths associated with particle while moving at A and B respectively. Then, 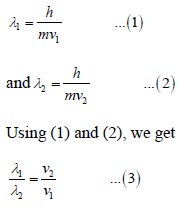 According to law of conservation of angular momentum, the particle moves faster when it is closer to focus. From the figure given above, we note that origin O is closed to P than A.

For a stable substance, it can’t be possible.

Do all the electrons that absorb a photon come out as photoelectrons?

Consider figure for photoemission. How would you reconcile with momentum-conservation? Note light (photons) have momentum in a different direction than the emitted electrons. 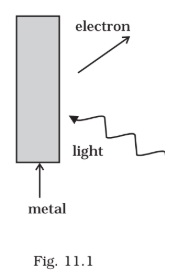 The momentum of incident photon is transferred to the metal during the photoelectric emission. The atoms of a metal absorb the photon and its momentum is transferred mainly to the nucleus and electrons. The excited electron is emitted.

Therefore, the conservation of momentum is to be considered as the momentum of incident photon transferred to the nucleus and electrons.