Structure of CBSE Class 12 Political Science Paper 2020 is as follows:

There is no overall choice in the question paper. However, an internal choice has been provided in 1 question of one mark, 1 question of four marks and 3 questions of six marks. Students need to attempt only one of the choices in such questions.

A screenshot of the paper is shown below: 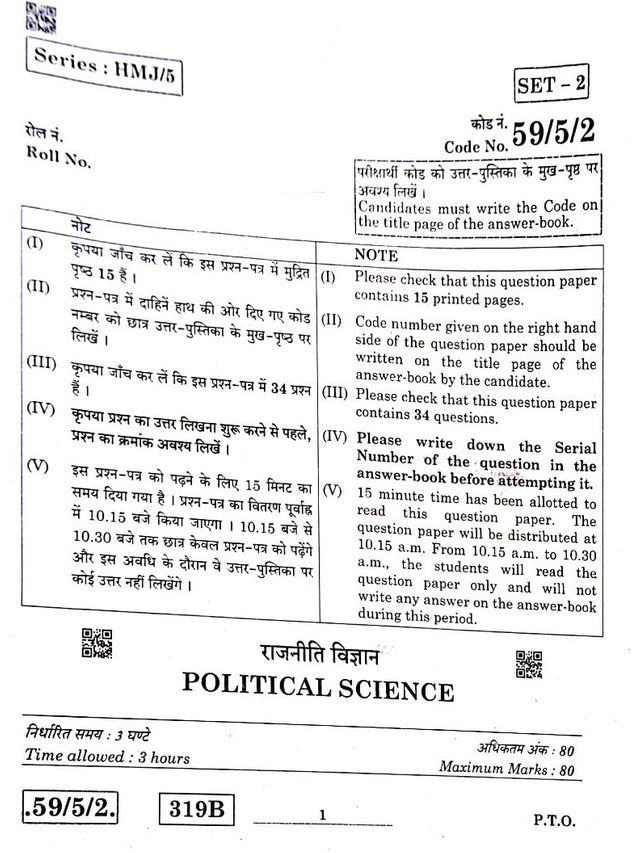 1. Fill in the blanks to make the given sentence meaningful.

3. Identify any two fields in which the Soviet Union lagged behind the West.

4. Which one of the following was NOT a consequence of disintegration of the USSR?

(a) Many new states emerged.

(b) Russia emerged as a new superpower.

(d) The capitalist system emerged as the winner.

5. Complete the following sentence in a meaningful way.

The second world war ended when the United States dropped two atomic bombs on the Japanese cities of _____ and ______.

The Russian Revolution of 1917 was inspired by the ideals of _____as opposed to capitalism and the need for an _____ society.

Full question paper can be downloaded in PDF from the link provided below: