Check CBSE syllabus for Class 9 Mathematics to be followed for Annual Examination 2020. Check the details of course structure and pattern of question paper you will get in the exam.

Latest CBSE syllabus for Class 9 Maths gives details of topics and lessons to be prepared for the annual exam. It also mentions the unit-wise weightage and question paper design for the annual examination. All the CBSE affiliated schools are expected to follow the same pattern while preparing the question papers for the exam. With this article, students may read and download the CBSE Class 9 Maths Syllabus 2019-20.

You may also download the NCERT Solutions for class 9 Maths to help you effectively revise the syllabus while you make the preparations for you CBSE Annual Examinations.

3. Definition of nth root of a real number.

for a given positive real number x and its representation on the number line with geometric proof.

5. Rationalization (with precise meaning) of real numbers of the type

Recall of linear equations in one variable. Introduction to the equation in two variables.

History - Geometry in India and Euclid’s geometry. Euclid’s method of formalizing observed phenomenon into rigorous Mathematics with definitions, common/obvious notions, axioms/postulates and theorems. The five postulates of Euclid. Equivalent versions of the fifth postulate. Showing the relationship between axiom and theorem, for example:

(Axiom) 1. Given two distinct points, there exists one and only one line through them.

(Theorem)  2. (Prove) Two distinct lines cannot have more than one point in common.

5. (Prove) The angles opposite to equal sides of a triangle are equal.

6. (Motivate) The sides opposite to equal angles of a triangle are equal.

1. (Prove) Parallelograms on the same base and between the same parallels have the same area.

2. (Motivate) Triangles on the same (or equal base) base and between the same parallels are equal in area.

3. (Motivate) There is one and only one circle passing through three given non-collinear points.

4. (Motivate) Equal chords of a circle (or of congruent circles) are equidistant from the center (or their respective centers) and conversely.

6. (Motivate) Angles in the same segment of a circle are equal.

7. (Motivate) If a line segment joining two points subtends equal angle at two other points lying on the same side of the line containing the segment, the four points lie on a circle.

8. (Motivate) The sum of either of the pair of the opposite angles of a cyclic quadrilateral is 180o and its converse.

Area of a triangle using Heron’s formula (without proof) and its application in finding the area of a quadrilateral.

History, repeated experiments and observed frequency approach to probability. Focus is on empirical probability. (A large amount of time to be devoted to group and to individual activities to motivate the concept; the experiments to be drawn from real life situations, and from examples used in the chapter on statistics). 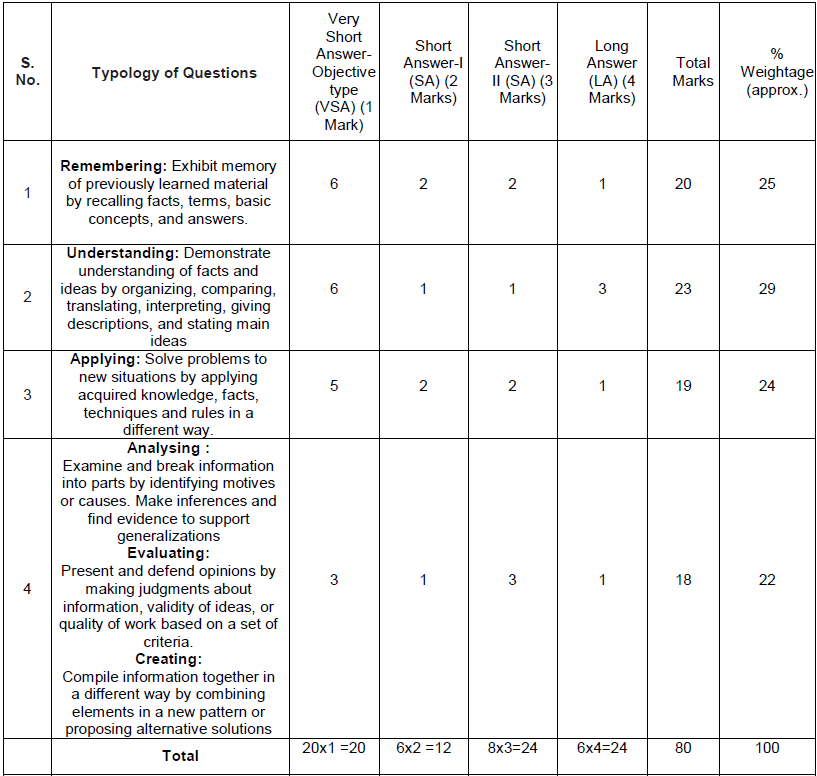