Here you will get notes on CBSE Class 9 Science Chapter - Gravitation. These notes are in continuation with the Gravitation: Chapter notes (Part-I). Here you will get a crisp and brief explanation of important topics like, thrust and pressure; Buoyancy and buoyant force, Archimedes’ Principle, etc. 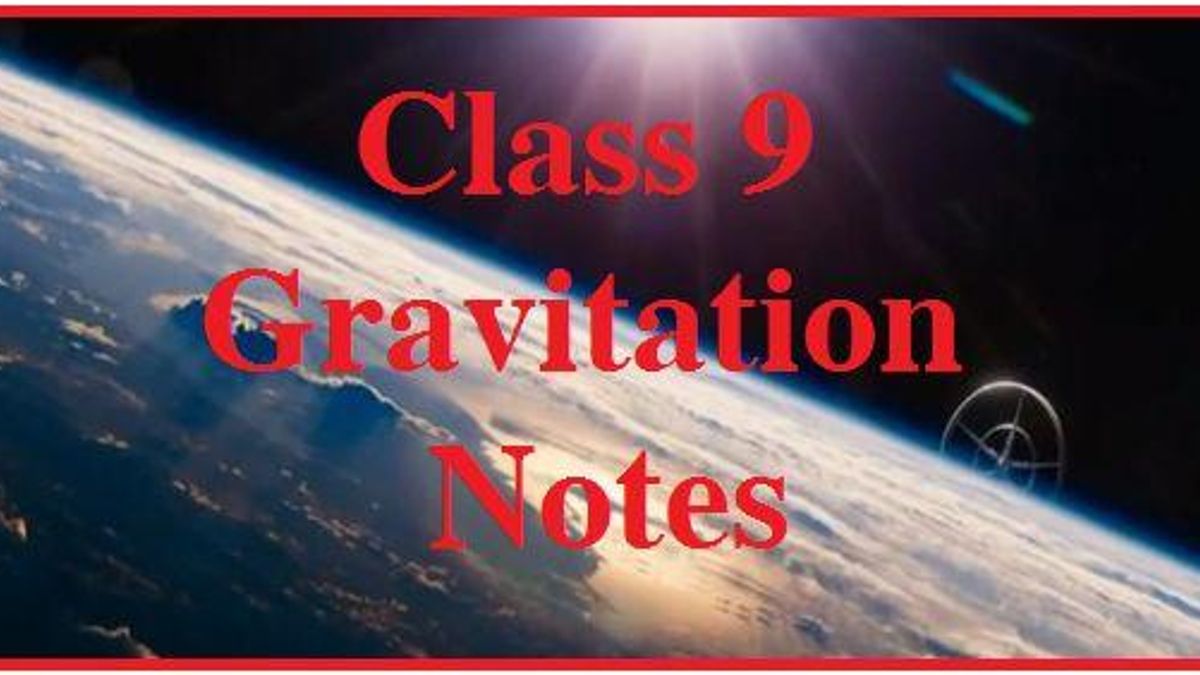 Get the CBSE Class 9 Science notes on chapter 10 - Gravitation. Here you will get a brief description of the important topics which will help you revise the whole chapter quickly and easily. At the end of the notes you can try some questions that will help you to assess your preparation level and get a hold on the subject.

This part is in continuation with CBSE Class 9 Science, Gravitation: Chapter notes (Part-II), where we talked about the earth’s gravitational force and other related factors.

Key notes for Chapter - Gravitation, are:

Circular Motion & Gravitational Force
In circular motion, a force must act on body as its direction of velocity changes. This force is called Centripetal force.

Thrust: Force exerted by an object perpendicular to the surface is called thrust.

Pressure: Pressure is defined as thrust or force per unit area on a surface.

(i)  Force applied
(ii) Area of surface over which force acts

Applications of Pressure in daily life

Magnitude of the buoyant force depends on two factors:

Why does an object sink or float over water?

When an object is immersed in water, it exerts pressure over water due to its weight. At the same time water also exerts upward thrust, i.e., buoyant force over the object.

It is because of this principle that ship made of iron and steel floats in water whereas a small piece of iron like nail, sinks in it.

Q1. What is buoyancy and buoyant force? Upon what factors do they depend?

Q2. Why does iron sink in water but floats on mercury?

Q3. Why does a buffalo float on the river but not the man?

Q4. Why does a mug full of water appear lighter inside the water?