Karnataka 2nd PUC Results 2014 (PUC Results 2014 Karnataka Board): Karnataka II PUC Exam results will be published on 9th May 2014 on Jagranjosh.com. Students, who took part in the written examination for the above exam, have been waiting for long time for its results. 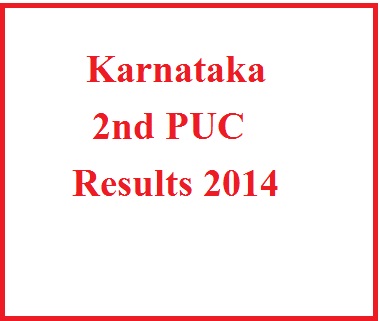 Karnataka 2nd PUC Results 2014 (PUC Results 2014 Karnataka Board): Karnataka II PUC Exam results will be published on 9th May 2014 on Jagranjosh.com. Students, who took part in the written examination for the above exam, have been waiting for long time for its results.

The II Pre-University Certificate (PUC) exams are considered equivalent to the Class 12 board exams. The Karnataka PUC exams 2014 were held from March 12 and March 27, 2014. The exam kick started with Political Science and Statistics as the subject of examination and ended with Hindi and Telugu.

The day has finally arrived and the long wait and tension is over for the students who gave the 2nd Pre-University Certificate (PUC) exams as the Karnataka Pre-University Certificate (PUC) examination results will be declared any time today over the official state bard website. The PUC exams also known as class 12th board exam held in the month of March between March 12, 2014 to March 27, 2014. For the previous academic session, Karnataka Secondary Education Examination Board, Bangalore declared the result of Karnataka PUC 2013 on 6 May at 5 pm.

Examinees from all the different study backgrounds i.e. Arts/Humanities, Commerce, Science gave this exam, and the number of examinees this year who appeared for the examinations touched the level of more than 6 Lakhs and appeared for exams in total 961 exam Centres in the state. 2nd PUC examinations are conducted by Department of Pre-University Education Board every year. These examinations were started on 12th March 2014 and Ended on 27th March 2014
As soon as the result will be declared, candidates can check the result on the following given website:

As it always happens, the reappearing exam for the students will likely to happen in the month of June or July. The universities and the Degree Collages will be welcoming the students with open hands who will pass with good grades. As the results will be out anytime, please be ready with your roll numbers.