Chitkara University, Punjab is the only University from Punjab to make place in THE Impact Rankings 2020 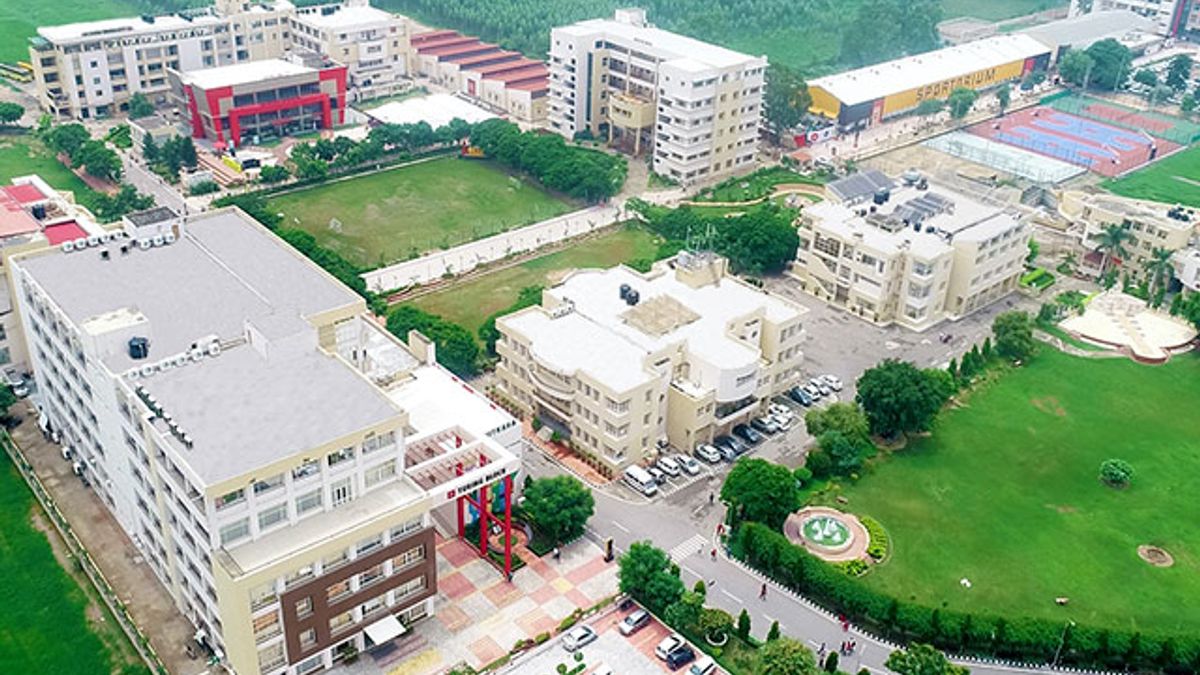 Chitkara University, Punjab is the only University from Punjab to make place in THE Impact Rankings 2020

The Times Higher Education Impact Rankings are the only global performance tables that assess universities against the United Nations’ Sustainable Development Goals (SDGs). The rankings provide a measure of the extent to which universities are having a positivesocial and economic impact on the planet; from climate action and gender equality, togood health and wellbeing,” the THE report said.

Chitkara University, Punjab has been ranked 59th rank globally in SDG-07: Affordable & Clean energy. Apart from SDG7, the university has been able to secure good positions other SDGs also, 101-200 in SDG5: Gender equality, 201-300 in SDG09: Industry, Innovation and infrastructure and SDG11: Sustainable Cities and Communities for development for making progress in ‘social impact’ aligned with the UN’s sustainable development goals.

The University participated in 8 SDGs and scored well in all the SDGs which is as good as the scores of all mainstream IITs and other Indian Universities. Chitkara University, Punjab is the only university from Punjab and north India as well to get featured in top list in the Times Higher Education (THE) Impact Rankings 2020 with overall rank of 401-600.

How is the ranking created?

A university’s final score in the overall table is calculated by combining its score in SDG 17 with its top three scores out of the remaining 16 SDGs. SDG 17 accounts for 22 per cent of the overall score, while the other SDGs each carry a weight of 26 per cent. This means that different universities are scored based on a different set of SDGs, depending on their focus.

The score from each SDG is scaled so that the highest score in each SDG in the overall calculation is 100. This is to adjust for minor differences in the scoring range in each SDG and to ensure that universities are treated equitably, whichever SDGs they have provided data for. It is these scaled scores that we use to determine which SDGs a university has performed most strongly in; they may not be the SDGs in which the university is ranked highest or has scored highest based on unscaled scores.

Scoring within an SDG

There are three categories of metrics within each SDG:

Research metrics are derived from data supplied by Elsevier. For each SDG, a specific query has been created that narrows the scope of the metric to papers relevant to that SDG. As with the World University Rankings, we are using a five-year window between 2014 and 2018. The only exception is the metric on patents that cite research under SDG 9, which relates to the timeframe in which the patents were published rather than the timeframe of the research itself. The metrics chosen for the bibliometrics differ by SDG and there are always at least two bibliometric measures used.

Continuous metrics measure contributions to impact that vary continually across a range – for example, the number of graduates with a health-related degree. These are usually normalised to the size of the institution.

When we ask about policies and initiatives – for example, the existence of mentoring programmes – our metrics require universities to provide the evidence to support their claims. In these cases, we give credit for the evidence and for the evidence being public. These metrics are not usually size normalised.

Evidence is evaluated against a set of criteria and decisions are cross validated where there is uncertainty. Evidence is not required to be exhaustive – we are looking for examples that demonstrate best practice at the institutions concerned.

Timeframe Unless otherwise stated, the data used refer to the closest academic year to January to December 2018.

Phil Baty, the Chief Knowledge Officer at THE given special mention: “It is great to see Indian universities stand as world leaders through their work towards the UN’s Sustainable Development Goals, with success in areas as diverse as clean water and sanitation, climate action, affordable and clean energy; and good health and well-being.”

Globally, Australian universities dominated the list with the University of Sydney,Western Sydney University, and La Trobe University in the top four.

Disclaimer: The information provided in this Notification is solely by Chitkara University. Jagranjosh.com bears no representations or warranties of any kind, express or implied, about the completeness, accuracy, reliability, suitability or availability with respect to the information. Individuals are therefore suggested to check the authenticity of the information.