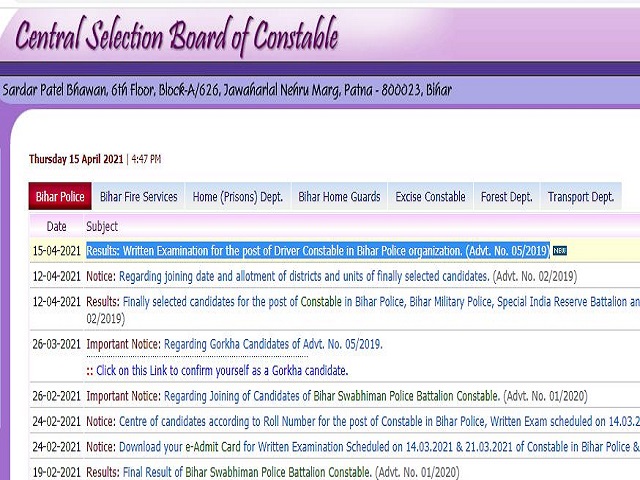 CSBC Bihar Police Driver Result Link is given below.The candidates can download Bihar Police Result, directly, through the link below:

Approx 8000 candidates are qualified in written exam. Candidates who are qualified in CSBC Drive Exam will now appear for Physical Eligibility/Endurance Test (PET). Bihar Police Driver PET is scheduled to be held tentatively in May 2021. The candidates would be required to qualify in long jump, high jump, race, shot put, height and chest.

The board will inform regarding the CSBC PET Admit Card through its website and daily newspapers. 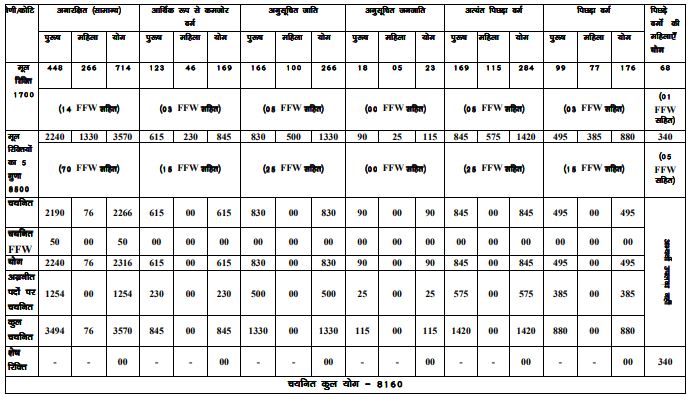 Central Selection Board of Constable (CSBC) had published the recruitment notification to fill 1722 Driver Constable Posts, against advertisement number 05/2019 in Bihar Police. Online Applications were invited from 29 November 2019 to 30 December 2019 .

You can check your roll number in your Bihar police Driver Admit Card ?

What is CSBC Driver PET Date ?

As per the notice, Bihar Police Driver physical exam is scheduled to be held in the month of May 2021
Comment ()