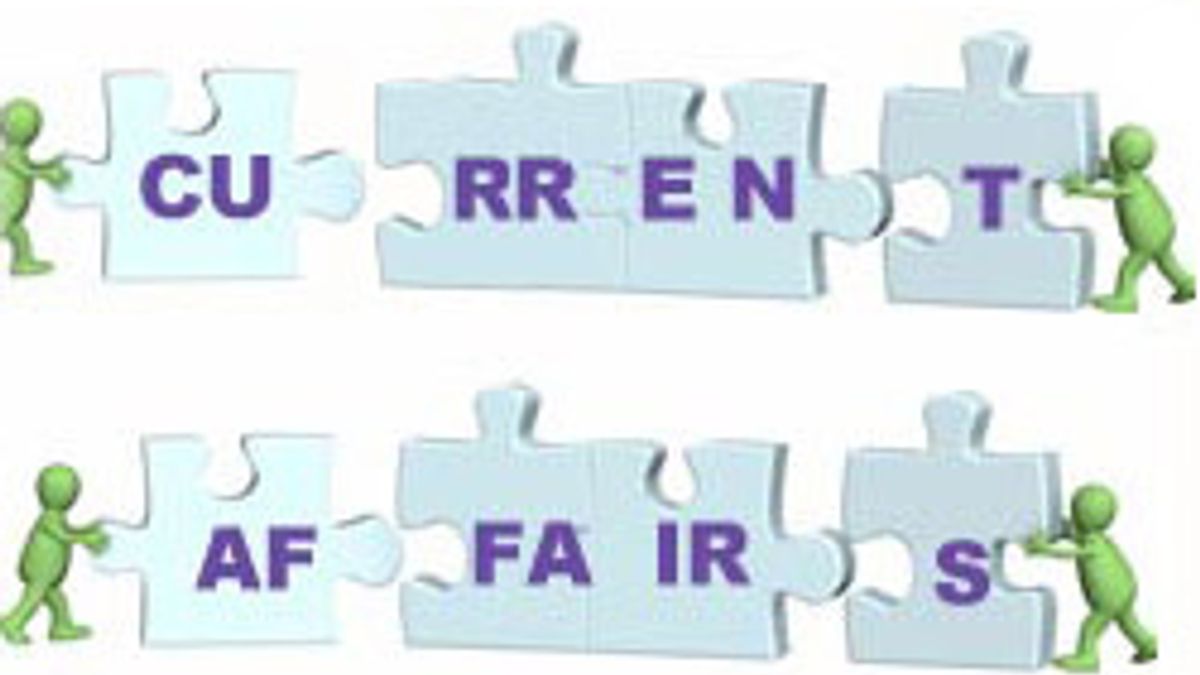 Quizzes on the Current Affairs section are designed to cover the wide range of national issues, international events, and other information from different segments which are of general human interest. Taking the Current Affairs Quiz for April 2011 will update you on the latest incidents that the world is talking about. The quizzes on Current Affairs will equip you to take all competitive examinations as well.

1. Sathya Sai Baba, one of India's most influential spiritual leaders expired on 24 April 2011 in his home town of Puttaparthi in Andhra Pradesh. Hindu devotees believed him to be an incarnation of which of the following Gods?
a. Kapila
b. Dattatreya
c. Narasimha
d. Dhanvantari
Answer: (b)

2. Read the following clues:
1. The flower bloomed for the first time in 17 years in the Swiss city of Basel on 22 April 2011.
2. The 6.6-ft tall flower is native to the Indonesian island of Sumatra and emits the stench of rotting flesh to attract insects for pollination.
3. World-wide, there have only been 134 recorded instances of cultivated plants blooming.
4. The plant is on the verge of extinction as illegal logging and farmland expansion have destroyed nearly 70 percent of its rainforest habitat in western Sumatra.
Identify the flower.
a. Acalypha hispida
b. Celosia argentea var. cristata
c. Amorphophallus titanum
d. Evolvulus glomeratus
Answer: (c)

3. A panel probing charges of corruption, land grab and abuse of judicial office against which of the following Justices rejected the Justice in question’s plea for reclusion of senior advocate P.P. Rao from the panel formed to probe?
a. Justice P.D. Dinakaran
b. Justice Aftab Alam
c. Justice J.S. Khehar
d. Justice N. K. Patil
Answer: (a)

6. Chilean poet Gonzalo Rojas, who was forced into exile after the 1973 military coup died on 25 April 2011 at the age of 93. Which of the following is his first poetry anthology published in 1948?
a. The Misery of Man
b. From Water
c. On Lightning
d. Transtierro
Answer: (a)

7. With an objective to promote the famous Indian Ayurvedic products, India Trade and Exhibition Centre (ITEC) decided to host an Indo-Ayur Fest in which of the following cities from 27 to 30 April 2011?
a. Abu Dhabi
b. Sharjah
c. Tehran
d. Islamabad
Answer: (b)

9. In Yemen, protests continued despite the government’s acceptance of the plan of the Gulf Co-operation Council (GCC). The council had proposed a 30-day exit plan for its President Ali Abdullah Saleh. The GCC was formed on 25 May 1981, in __.
a. Riyadh
b. Tehran
c. Cairo
d. Sana’a
Answer: (a)

10. Which one of the following countries proposed a plan to strengthen safety standards in Nuclear Power plants?
a. Russia
b. UK
c. Japan
d. China
Answer: (a)

11. Russia proposed a plan to strengthen safety standards in Nuclear Power plants. Consider the main features of the plan:
i) To make nations using nuclear energy more responsible.
ii) Additional safety measures for nuclear reactors and a ban on the construction of reactors in quake-prone zones.
iii) To give more powers to international watchdogs to enforce the safety rules to avoid any nuclear catastrophe in future.
Which of the above statements regarding the plan is/are correct?
a. All i, ii and iii are correct.
b.  Only i and ii are correct.
c. Only i is correct.
d. Only ii is correct.
Choose the right option:
Answer: (a)

12. Iran and Iraq signed agreements on 24 April 2011 in Tehran on the extradition of each other’s detainees including provisions for the repatriation of convicts to their country of origin. Tehran is the capital of__.
a. Iran
b. Iraq
c. Both Iran and Iraq
d. Saudi Arabia
Answer: (a)

13. Which one of the following countries signed a Memorandum of Understanding with DRDO (Defence Research and Development Organisation) for the use of an explosive detection technology.
a. USA
b. Russia
c. Japan
d. Philippines
Answer: (a)