Does listening to music boost level of concentration while studying? 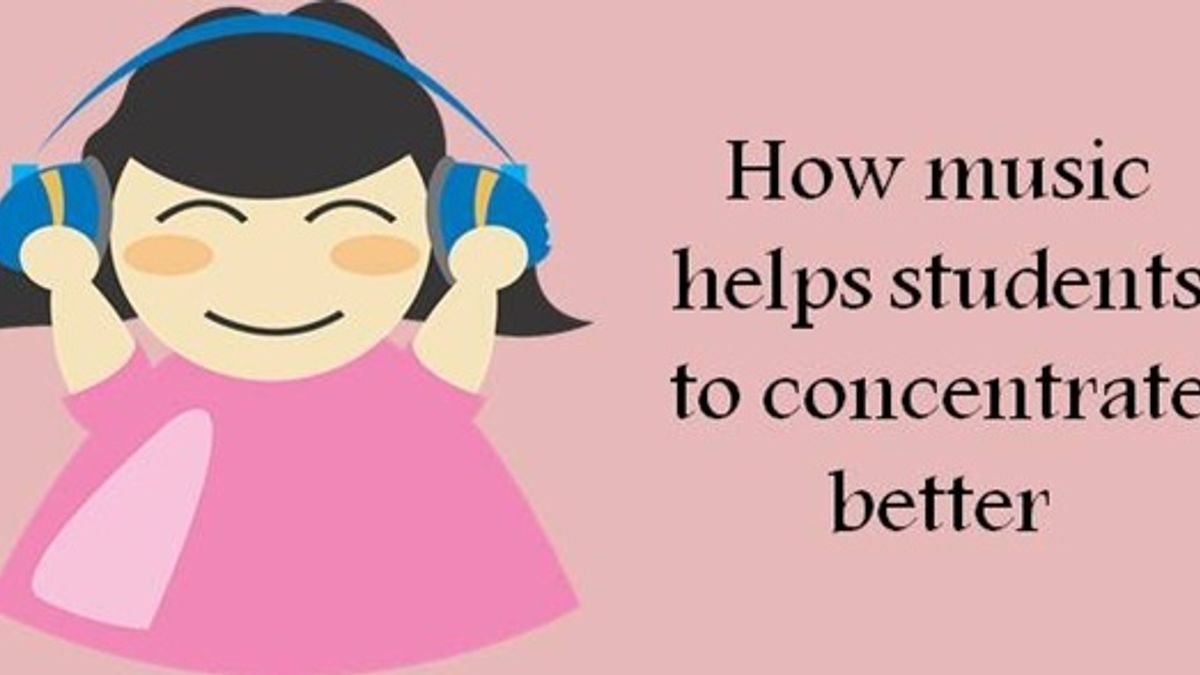 Listening to music boosts level of concentration while studying

Does listening to music boost concentration or not?

The exam season has already started or is just about to begin in most colleges and universities in the country. Students are studying hard, trying to focus and concentrate on their studies but there is always some kind of distraction around us especially background noises. And in their attempt at tuning out outside noises, most students put on their headphone with soft musical melodies playing into their ears.

Which raises the question isn't that music a distraction for them? After all, music too is just another kind of noise and also wouldn't your focus be diverted between two different things at once then. Thus, reducing your on concentration on studies. But students have been seen to state otherwise most of them argue that a soft background music helps them concentrate better. And some of them have even said that not having any kind music in the background is more distracting.

Several studies have been conducted by researchers all across the globe to discern the effect of music on our concentration power. And many of these researches have yielded the results that listening to music before or while studying or performing any task that requires high concentration is beneficial as it improves our attention and our memory.

What is 'Mozart Effect'?

There have been some researchers conducted by a few scientists wherein they had the students listen to Mozart's Piano Sonata before getting them to attempt some spatial reasoning questions. The findings stated that the students performed better after having listened to the sequence but there other takeaways too such as that the effect lasted only for a short duration that is 10 to 15 minutes. And other studies were unable to replicate the same results, so the authenticity of the fact isn't unquestionable.

What kind of music one should listen to while studying?

Before you on to explore the different kinds of music genre that you can listen to while studying it's important to first figure out whether or not music helps you concentrate better. For most people listening to instrumental music is the preferred choice when studying. Music with no lyrics is less distracting as it is less likely to distribute your concentration between two different tasks. If you think that music is helping your focus and concentrate better that you can explore with some of the different genres mentioned below.

Known for being both peaceful and harmonious, classical music is helpful in creating a calm and serene study environment for the listener or the student.

There is an interesting study which says that music timed at 60 beats-per-minute can help easing people's mind, making it more productive where thinking and creativity start coming naturally.

This is the perfect music for those who prefer a modern flair in their music. The relaxing instrumental music combined with the modern music leads to the best of both worlds. There are no lyrics and just soothing, calming music. It's the perfect choice for those who don't want distractions but also need some background sounds.

For someone who isn't into classical music, this is the perfect genre to listen to as it is both calming and soothing just like classical music. However, it engages a listeners minds at the subconscious level giving them a feel of more natural surroundings like that of a waterfall, bird songs, waves crashing on a beach. It is also used with meditation sessions to help ease the person's mind so be careful while picking this genre. Make sure that you don't end up falling asleep while listening to it.

Hope this article will help you figure out whether or not music helpful in boosting your concentration levels while studying. And if it is what are kinds of music genres that you can listen to. For more such articles please visit our website, https://www.jagranjosh.com/college.