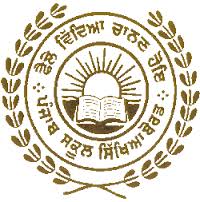 The second rank has also been occupied by another girl student, Mahima Nagpal, of the same school. Along with Mahima, Ankush Mahajan of Bal Vidya Mandir High School, Nangal Kotli Mandi, Gurdaspur also stood out at the second position with 97.23% marks. Both of them scored 632 out of 650 marks.

The board has decided to bestow the toppers of this year with cash awards of Rs. 1 lakh, Rs. 75,000 and Rs. 50,000 for first, second and third positions, respectively.

About Punjab Board
Punjab School Education Board(PSEB), Chandigarh was founded in 1969 under a legislative act of the Government of Punjab to administer the curriculum taught in public schools in the Punjab state and conduct standardized examinations in addition to conducting administration of scholarships, and publishing of textbooks. The headquarters of the Board are located in SAS Nagar (Mohali), near Chandigarh.