IAS Cutoff is one of the main topics of discussion after the IAS prelims Exam. The IAS aspirants and the coaching institutes keep giving hypothetical cut off marks for the IAS Prelims Exam which is beyond the reality. The cut off marks depends on the level of difficulty of the question paper and the overall preparation of the IAS aspirants. The second preposition is very difficult to ascertain. On the basis of average preparation and the previous year trends we deduce the Cutoff marks with IAS Prelims analysis 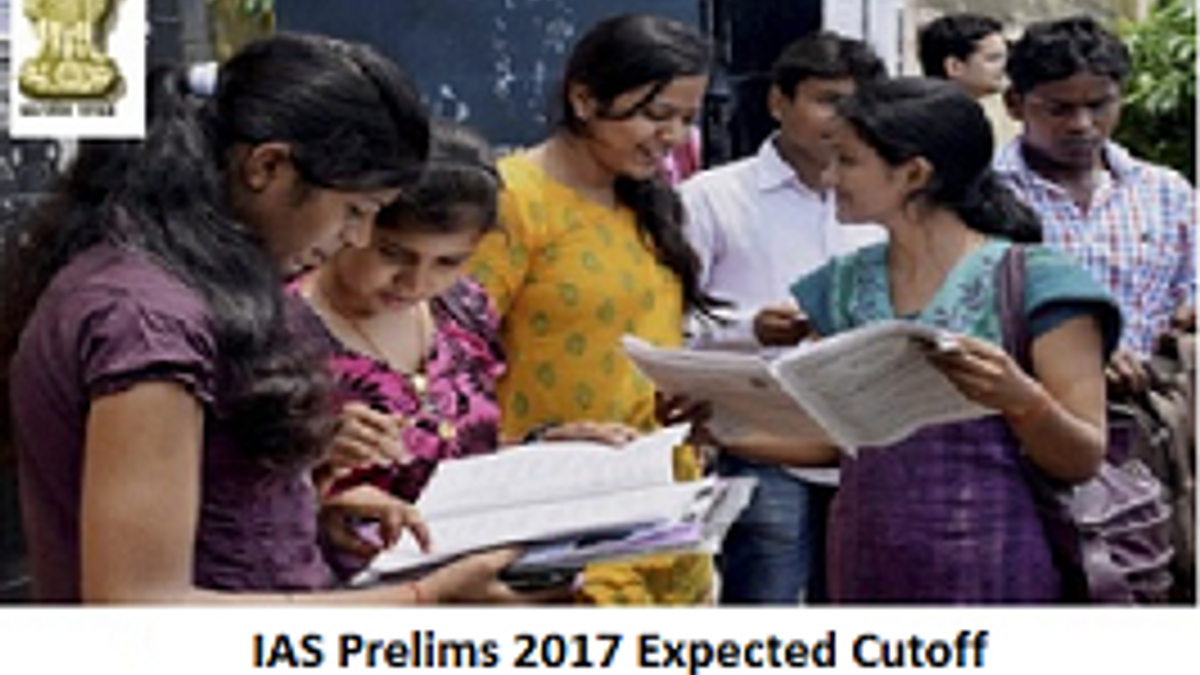 How to Prepare for IAS Prelims in 100 Days

UPSC IAS Prelims 2017 cut off did not will follow the trend of the past years.  There are more than 1000 seats in the Civil Services Notification this year. IAS Prelims 2017 Cut-off for the GS paper will show the following trend as per the table shown below.

The cut off marks depends on the level of difficulty of the question paper and the overall preparation of the IAS aspirants. The second preposition is very difficult to ascertain. On the basis of average preparation and the previous year trends we deduce the Cutoff marks with IAS Prelims analysis.

The IAS Prelims General Studies Question Paper was of Moderate Difficulty level and not so hard but the keeping in mind the details asked in the Current Affairs questions and the questions having the obvious answers the Cutoff for the IAS Prelims Exam General Studies will rise from the last year. UPSC has issued the following marks for each Stage of Civil Services Exam 2017.

IAS Prelims Question Paper Analyis is very important for all the IAS aspirants as it helps in the IAS Preparation for the IAS Prelims Exam 2017 which is scheduled in the month of June 2017. The IAS Prelims GS Questions Breakup is given here with the detail analysis of each and every Question in the upcoming articles.

The Aspirants are more curious to know the whole analysis of General Studies Paper I and Paper II. As usual the General Studies Paper I was much surprising for the aspirants because it did not followed the trend of asking questions from static portion of the various subjects and was tilted towards the Current Affairs Topics and Economy topics. Around 48 questions were asked from the Current Affairs and 45 questions appeared from Jagranjosh’current affairs section itself. The usual trend of asking questions from Geography was missing.

The aspirants who didn’t cover the Current Affairs topics of last at least 6 months, the Paper was quite terrifying for them. The General Studies Paper I consist of almost of 48 questions from the dynamic or Current Affairs section alone while the only 50 questions has been asked from the static portion which is quite different from the previous trend of asking questions in IAS Prelims Exam.
However, there are reasonable number of questions has been asked from Science and Technology, Environment and Ecology and Government Schemes and various policies.

Keep Visiting Here for the Updates