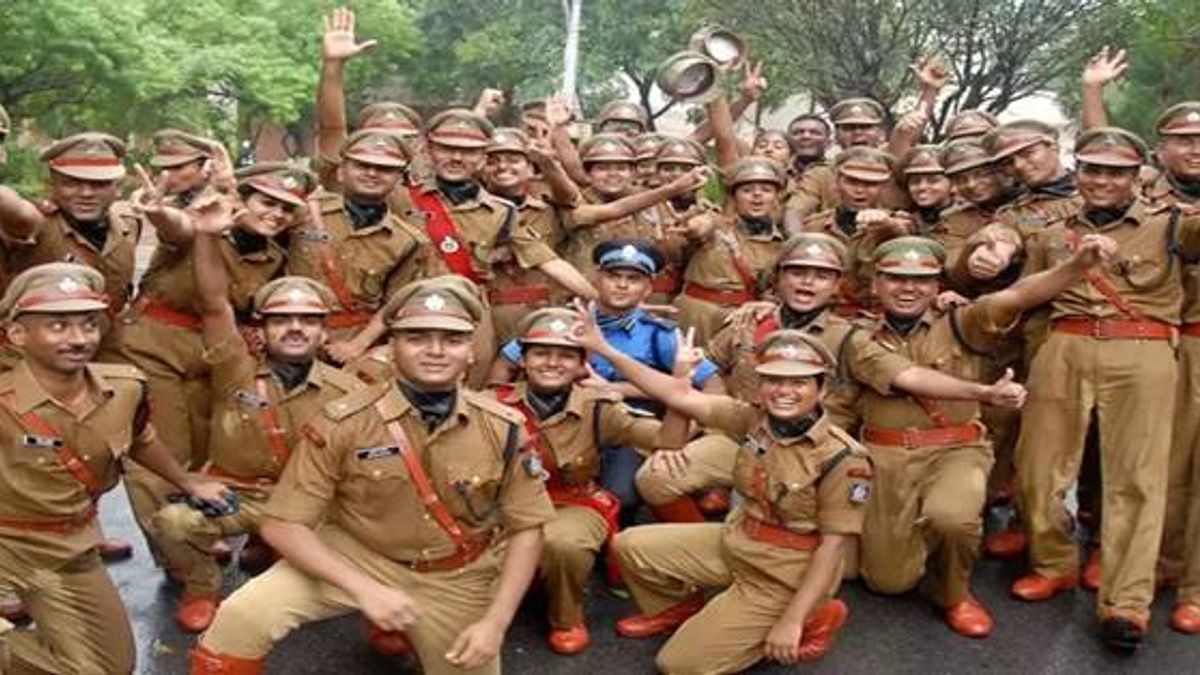 IPS training is regarded as one of the most dynamic and difficult training in our country as the IPS officers have to command the civil and armed police forces in all the Indian States and Union Territories in this nation. During IPS training, officers have a deep sense of accomplishment and self-actualization.

Reading about the details of training that the IPS officers go through can indeed energise the student's preparation. So, here we provide you with an insight into the life after becoming an IPS officer.

In India, most All- India services officers of the premier civil services of the country are selected through competitive Civil Services Exam (CSE) administered by the Union Public Service Commission (UPSC). All trainees are equal as they attend the four-month Foundation Course at Lal Bahadur Shastri National Academy of Administration (LBSNAA).

The LBSNAA Academy focuses not only on Civil Services capacity building or institution strengthening but also on the inter-services camaraderie and cooperation.

The foundation Course is intended for the new recruits to the All India Services and Central Services (Group A). It furnishes fresh officer trainees with requisite skills, knowledge and attitude to bear responsibility as public servants.

The main objectives of the foundation course are:

• To foster greater cooperation and coordination among various public services.

• To promote all-round development of the personality of an officer trainee that is intellectual, moral, physical and aesthetic.

After the foundation phase, the officers of the Indian Administrative Service continue their professional training at the academy, while officers of other services proceed to respective staff colleges such as The second phase of the IPS training is done in two phases. The first phase commences in the National Police Academy in Hyderabad. The IPS officers also have to do a certain amount of training in a district of their cadre in between the 2 phases of training at the IPS academy.
IPS trainees join the Sardar Vallabhbhai Patel National Police Academy, Hyderabad (SVPNPA) for the second phase of training, called the Basic Training Course. This phase extends for a period of 11 months where the Officer Trainees (OTs) study various indoor, outdoor and qualifying subjects.

The purpose of basic training is to build officer trainees capacity to be able to meet the field challenges. The course aims to ensure that the officers acquire necessary skills, knowledge, understanding, attitudes and behaviour required for effectively discharging the duties of a police officer. This training enables initially and later for various senior supervisory assignments in the rank of Superintendent of Police in Districts and Specialised units of the Police Department.

The ‘Integrated Training’ format being used at the Academy to impart training focuses on the fusion of three dimensions: Sensitisation (personal and social), Orientation (ethical and legal) and Competency (domain and inter-segmental).
The National Police Academy aims at nurturing human values in all its areas of activity to prepare trainees not only to be good police professionals but also effective and good human beings.

Thus, the objective of Basic Course training is:

• Capacity building through the matrix of Sensitisation, Orientation and Competency.

• Transforming the Probationers into leaders of Police Stations and Police Districts.

During their training at SVPNPA, OTs are ‘attached’ to different units of army, air force, navy, Central Armed Police Forces (CAPF) to familiarise them with service environment which helps them in appreciating the role of other organisations in nation building. The passing out parade of OTs is conducted at the end of 11 months. OTs are now known as probationers for the rest of the training period. The second phase was about enhancing knowledge about the state cadres they are allocated to including learning the state language. This training takes place at State Police Academies which lasts for a period of three weeks.

This phase also includes a practical training component where trainees are given the responsibility of handling police stations. They are also attached to district police headquarters to observe and learn on the go about policing. This phase lasts for a period of six months.

The main objectives of this training programme will be:

• To prepare the IPS Officers for the next level competency that is mainly concerned with public interaction.

• To enable them to possess the necessary skills and attitudes to discharge their responsibilities effectively.

Recently, the Kamal Kumar panel recommended the lateral induction of police officers serving in state police and central police organisations into the IPS positions so that these officers could quickly occupy vacant IPS posts after training for just 5 months.

The IPS training is in urgent need of reform to ensure effective policing as nowadays the officers are more on becoming managers than leaders. Their main aim is diverted towards containing political fallout and focusing on managing politicians and hence leaving day-to-day work to lower functionaries. Common people are rarely the focus.

Although Indian Police is the major guardian of law and order in our country, it still continues to be governed by colonial and archaic police laws passed in 1861. The Indian Constitution has made policing a state subject so that the state governments have the responsibility to provide their communities with police services. But many committees on police reforms have recommended major reforms in the police system coupled with systematic accountability.