Jharkhand Combined Civil Services 2021: Govt framed rules for the first time since the Jharkhand’s formation for recruitment into Administrative Service & Other Services 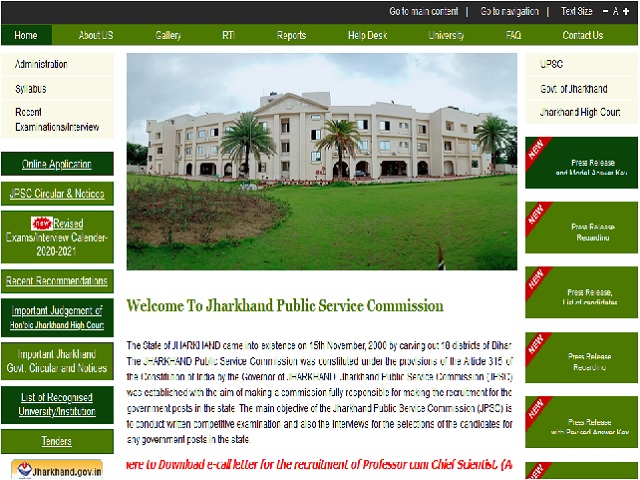 As of now, the Jharkhand Public Service has only conducted 6 civil services exams in 20 years which were marred with controversies around corruption.

According to a report, an FIR was lodged in 2010 against a former member allegedly masterminding the irregularities in the written exam and Interview. The matter is in the court that too many said there were problems around the selection process.

The rules are now framed by the Jharkhand Government to rectify all issues in the commencement of the exam. The Jharkhand Public Service Commission will soon upload the calendar and rules at its official website.

According to the rules, The vacancy numbers shall be calculated by the concerned department each year to the service to be filled in that particular year by direct recruitment and shall provide requisition for appointment to the Commission after roster clearance through the Department of Personnel, Administrative Reforms, and Rajbhasha.

Candidates who will secure minimum 40 percent in aggregate shall only be considered by the Commission while preparing the selection list for Main exam and interview. However, the minimum qualifying marks will be relaxed to scheduled castes/ scheduled tribes and females to 32 per cent; extremely backward classes to 34 per cent; backward classes to 36.5 per cent; primitive tribal group to 30 per cent.

The cut-offs were the major disputes in the previous exams, according to the new guideline. The number of selected candidates for the main exam will be approximately 15 times the total number of advertised vacancies to be filled. The commission may at their discretion keep the cut off marks maximum up to 8 per cent less than that kept for the last selected candidate, but it shall not be less than the minimum marks,” the rules. There will also be an option of migration.