Delhi University To Teach Students How To Write Facebook Posts!

After proposing the idea of including Chetan Bhagat's novel Five Point Someone as part of the syllabus, University's core committee of English department's choice based credit system now wants to sharpen social media skills of students. 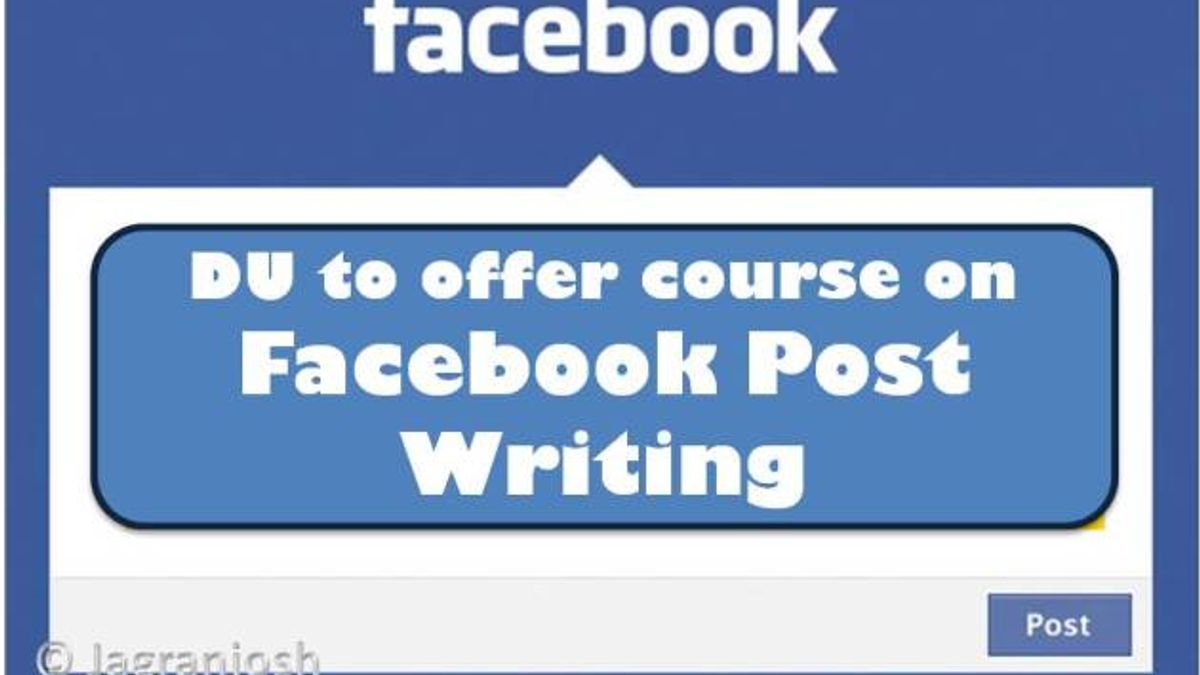 Delhi University To Teach Students How To Write Facebook Posts!

If academic excellence and exposure were not reasons enough for you to join Delhi University, inclusion of Facebook post writing as part of course on 'academic writing', definitely should be.

Yes, you read it right! The Delhi University is planning to include Facebook Post writing as an part of their official curriculum. It sounds absurd that an academic institution would teach students to spend more time on social media, but at times the reality is stranger than fiction.

After proposing the idea of including Chetan Bhagat's novel Five Point Someone as part of the syllabus, University's core committee of English department's choice based credit system now wants to sharpen social media skills of students. The move comes as part of the university’s attempt to revise its course curriculum for different courses including for English Literature Honours Programme. Along with this, students will also be taught how to write blogs and cover letters, along with proof reading as a part of specially crafted 'Skill Enhancement Courses'.

However, things are not finalized yet and need approval from academic and executive councils. Along with this, the proposal has also been sent to different constituent colleges of DU to seek feedback over the move. The response to this is expected by May 1 after which we would get a confirmation about the status if Facebook Writing Course in Delhi University.

If approved, the Facebook post writing section would officially become a part of a course on ‘academic writing’.

The idea behind teaching Facebook writing is to make literature studies less conventional and help students with activities they spent a large chunk of their time doing.

Commenting upon the issue, a senior official from English Literature Department was quoted saying ““Writing does not necessarily mean writing heavyweight non-fiction books or highly dramatised fiction. It also includes writing generic but important content properly such as that for blog posts, cover letters or for that matter Facebook posts,”

Facebook has emerged as the biggest social media platform of this decade and has tremendous potential in terms of reach. It is probably for this reason that the university decided to train graduation students how to write posts which convey their thoughts in a proper manner.

Earlier, the committee had recommended making Chetan Bhagat's novel 'Five Point Someone' as one of the 'general elective' papers for students of honours courses other than English. The move had created a lot of controversy and twitter had erupted with posts slamming the best-selling author and his books. The novel is supposed to be a part of 'popular fiction' paper.