United Nations and its various programmes and agencies are an important part of the UPSC Civil Services Prelims Exam syllabus. Every year 2-3 questions are asked from this section which makes the section necessary and important to read. In this article, we have provided a list of UN Funds, Programmes, and Agencies with their functions and other important details. 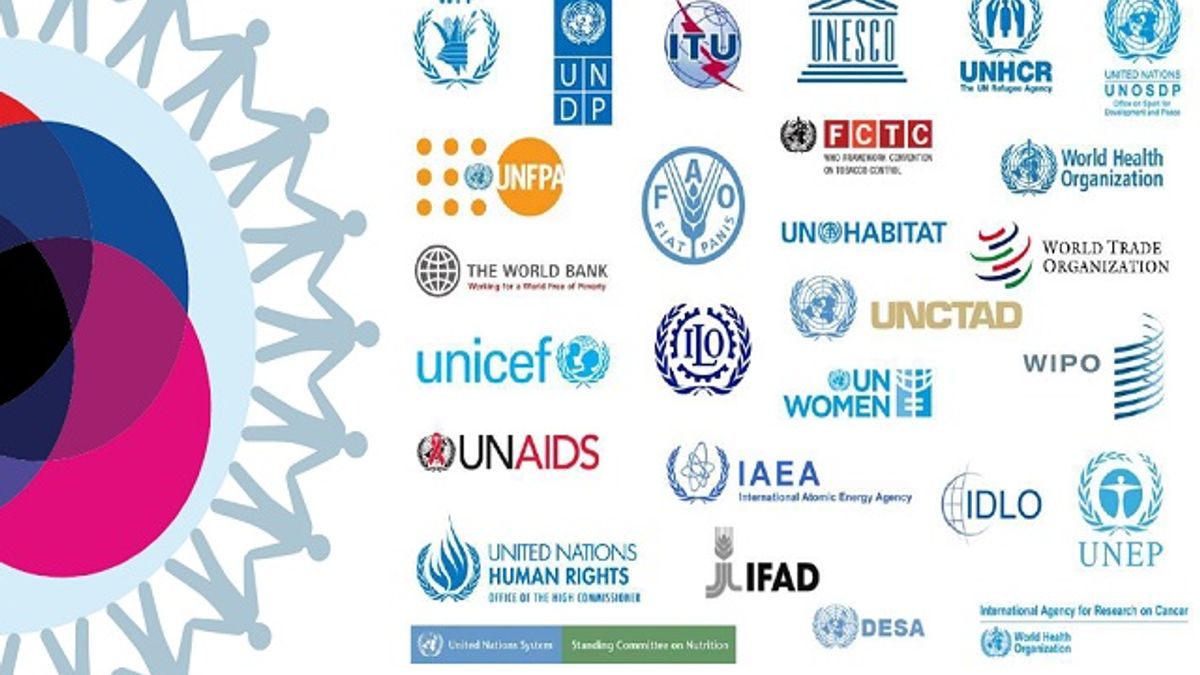 The United Nations (UN) is an international organization founded in 1945. It is currently made up of 193 Member States. Its activities include maintaining international peace and security, protecting human rights, delivering humanitarian aid, promoting sustainable development, and upholding international law. To successfully run such diverse functions, the UN has constituted various institutions under its umbrella. The ‘UN System’, also known unofficially as the ‘UN Family’ is made up of the UN itself and many affiliated programs, funds and specialized agencies, all with their own membership, leadership, and budget. The programmes and funds are financed through volunt

Let’s have a look at each of these agencies, funds, and programmes of the United Nations (UN).

UNDP was created to help countries eliminate poverty and achieve sustainable human development. On the ground in nearly 170 countries, the UNDP is UN’s global development network, focusing on the challenges of democratic governance, poverty reduction, crisis prevention and recovery, energy and environment, and from HIV/AIDS recovery and prevention.

➨Headquartered in Gigiri, neighbourhood of Nairobi, Kenya, established in 1972

UNEP was a result of the UN Conference on the Human Environment (Stockholm Conference).  UNEP coordinates in environmental activities, assisting developing countries in implementing environmentally sound policies and practices. Its activities cover a wide range of issues regarding the atmosphere, marine and terrestrial ecosystems, environmental governance, and green economy.  Governments are the core of UNEP’s funding because UNEP is an intergovernmental organization owned by the 193 UN Member States. Each and every country is a donor, and each and every country is a recipient.

➨ Headquartered in New York City, it initially began operation in 1969 as the UN Fund for Population Activities (the name was changed in 1987) under the administration of the United Nations Development Fund.

The Food and Agriculture Organization leads to international efforts to fight hunger. It is both a forum for negotiating agreements between developing and developed countries and a source of technical knowledge and information to aid development.

The International Civil Aviation Organization develops standards for global air transport and assists its 192 Member States in sharing the world’s skies to their socio-economic benefit.

The International Fund for Agricultural Development, since it was created in 1977, has focused exclusively on rural poverty reduction, working with poor rural populations in developing countries to eliminate poverty, hunger, and malnutrition; raise their productivity and incomes, and improve the quality of their lives.

The International Labor Organization promotes international labor rights by formulating international standards on the freedom to associate, collective bargaining, the abolition of forced labor, and equality of opportunity and treatment.

The International Monetary Fund fosters economic growth and employment by providing temporary financial assistance to countries to help ease balance of payments adjustment and technical assistance. The IMF currently has $28 billion in outstanding loans to 74 nations

The International Telecommunication Union is the United Nations specialized agency for information and communication technologies. It is committed to connecting all the world's people – wherever they live and whatever their means. Through our work, we protect and support everyone's fundamental right to communicate

The United Nations Educational, Scientific, and Cultural Organization focuses on everything from teacher training to helping improve education worldwide to protecting important historical and cultural sites around the world. UNESCO added 28 new World Heritage Sites this year to the list of irreplaceable treasures that will be protected for today's travelers and future generations.

The World Tourism Organization is the United Nations agency responsible for the promotion of responsible, sustainable, and universally accessible tourism.

The Universal Postal Union is the primary forum for cooperation between postal sector players. It helps to ensure a truly universal network of up-to-date products and services.

The World Health Organization is the directing and coordinating authority on international health within the United Nations system. The objective of WHO is the attainment by all peoples of the highest possible level of health. Health, as defined in the WHO Constitution, is a state of complete physical, mental, and social well-being and not merely the absence of disease or infirmity.

The World Meteorological Organization facilitates the free international exchange of meteorological data and information and the furtherance of its use in aviation, shipping, security, and agriculture, among other things.

The World Bank focuses on poverty reduction and the improvement of living standards worldwide by providing low-interest loans, interest-free credit, and grants to developing countries for education, health, infrastructure, and communications, among other things. The World Bank works in over 100 countries.

The Joint United Nations Programme on HIV/AIDS (UNAIDS) leads and inspires the world to achieve its shared vision of zero new HIV infections, zero discrimination, and zero AIDS-related deaths. UNAIDS unites the efforts of 11 UN organizations—UNHCR, UNICEF, WFP, UNDP, UNFPA, UNODC, UN Women, ILO, UNESCO, WHO, and the World Bank—and works closely with global and national partners towards ending the AIDS epidemic by 2030 as part of the Sustainable Development Goals.

The United Nations Institute for Disarmament Research is a voluntarily funded autonomous institute within the United Nations. An impartial actor, the Institute generates ideas and promotes action on disarmament and security. UNIDIR brings together states, international organizations, civil society, the private sector and academia to work together—internationally, regionally and locally—to build and implement creative solutions that will benefit all states and peoples.

An autonomous UN body established in 1963, the United Nations Institute for Training and Research is a training arm of the United Nations System and has the mandate to enhance the effectiveness of the UN through diplomatic training, and to increase the impact of national actions through public awareness-raising, education, and training of public policy officials.

The mission of the United Nations Office for Project Services is to help people build better lives and help countries achieve peace and sustainable development. UNOPS helps the UN, governments, and other partners to manage projects, and deliver sustainable infrastructure and procurement in an efficient way.

The United Nations Relief and Works Agency for Palestine Refugees has contributed to the welfare and human development of four generations of Palestine refugees. It’s services encompass education, health care, relief, and social services, camp infrastructure and improvement, microfinance and emergency assistance, including in times of armed conflict.  It reports only to the UN General Assembly.

UN Women merges and builds on the important work of four previously distinct parts of the UN system, which focus exclusively on gender equality and women’s empowerment.

The International Atomic Energy Agency is the world's center for cooperation in the nuclear field. The Agency works with its Member States and multiple partners worldwide to promote the safe, secure, and peaceful use of nuclear technologies.

The International Organization for Migration works to help ensure the orderly and humane management of migration, to promote international cooperation on migration issues, to assist in the search for practical solutions to migration problems and to provide humanitarian assistance to migrants in need, including refugees and internally displaced people.

The Organisation for the Prohibition of Chemical Weapons is the implementing body of the Chemical Weapons Convention (CWC), which entered into force in 1997. The OPCW Member States work together to achieve a world free of chemical weapons.

The UNFCCC Secretariat (UN Climate Change) was established in 1992 when countries adopted the United Nations Framework Convention on Climate Change (UNFCCC). With the subsequent adoption of the Kyoto Protocol in 1997 and the Paris Agreement in 2015, Parties to these three agreements have progressively reaffirmed the Secretariat’s role as the United Nations entity tasked with supporting the global response to the threat of climate change.

The World Trade Organization is a forum for governments to negotiate trade agreements and a place where member governments try to sort out the trade problems they face with each other.

List of International Institutions India is a Member Country