Literature is nothing but books and writings published on a particular subject and have lasting importance. This Quiz gives you an ample of Questions and Answers on Literature in which we have provided some names of books, autobiographies and writers which may be asked in various one exams like SSC, State Services etc. and also increase your knowledge about it. 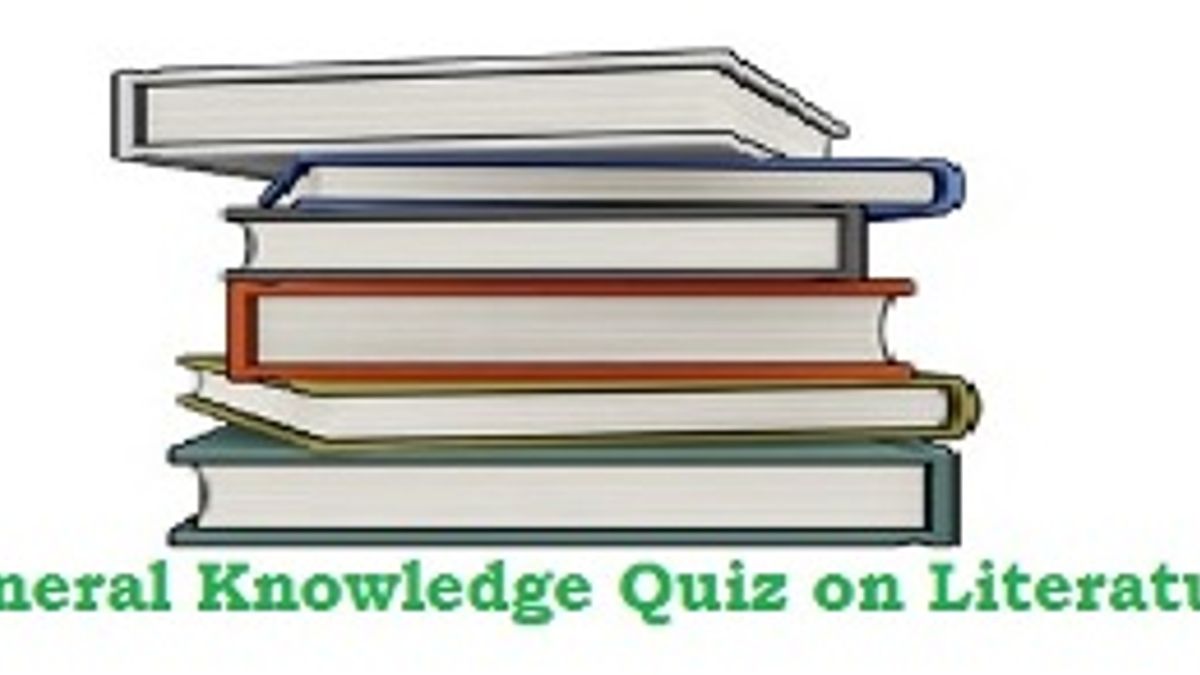 Literature is a mirror of the society. It is an imaginative works of poetry and prose distinguished by the intentions of their authors and the perceived aesthetic excellence of their execution. It can be classified through a variety of systems, including language, national origin, historical period, genre, and subject matter.

1. Who was the author of the famous storybook 'Alice's Adventures in Wonderland'?

Explanation: Alice's Adventures in Wonderland is an 1865 novel written by English author Charles Lutwidge Dodgson over the pseudonym Lewis Carroll. Hence, C is the correct option.

Explanation: The Charge of the Light Brigade was a charge of British light cavalry led by Lord Cardigan against Russian forces during the Battle of Balaclava on 25 October 1854 in the Crimean War. The events were the subject of Alfred, Lord Tennyson's narrative poem "The Charge of the Light Brigade" (1854), published just six weeks after the event. Hence, A is the correct option.

3. Who wrote 'Where ignorance is bliss, it is folly to be wise'?

Explanation:  The 'Where ignorance is bliss, it is folly to be wise' was written by Shakespeare. Hence, C is the correct option.

4. Name the book which opens with the line 'All children, except one grew up'?

A. The Railway Children

B. Winnie the Poo

Explanation: Peter Pan is the book with the nation's favourite opening line is 'All children, except one grew up'. Hence, D is the correct option.

5. Which is the first Harry Potter book?

A. HP and the Goblet of Fire

B. HP and the Philosopher’s Stone

C. HP and the Chamber of Secrets

D. HP and the God of small Things

Explanation: Harry Potter is a series of fantasy novels written by British author J. K. Rowling. The novels chronicle the life of a young wizard, Harry Potter, and his friends Hermione Granger and Ron Weasley, all of whom are students at Hogwarts School of Witchcraft and Wizardry. HP and the Philosopher’s Stone was the first Harry Potter book. Hence, B is the correct option.

6. In which century were Geoffrey Chaucer's Canterbury Tales written?

Explanation: Geoffrey Chaucer wrote The Canterbury Tales, a collection of stories in a frame story, between 1387 and 1400. It is the story of a group of thirty people who travel as pilgrims to Canterbury (England). Hence, A is the correct option.

7. What was the nationality of Robert Louis Stevenson, writer of 'Treasure Island'?

Explanation: Treasure Island is an adventure novel by Scottish author Robert Louis Stevenson, narrating a tale of "buccaneers and buried gold". Its influence is enormous on popular perceptions of pirates. Hence, A is the correct option.

8. 'Jane Eyre' was written by which Bronte sister?

Explanation:  Jane Eyre is a novel by English writer Charlotte Bronte. It was published on 16 October 1847, by Smith, Elder & Co. of London, England, under the pen name "Currer Bell". The first American edition was published the following year by Harper & Brothers of New York. Hence, B is the correct option.

A. A round trip around the USA

B. A swarm of killer flies

C. Schoolboys on the desert island

Explanation: Lord of the Flies is a 1954 novel by Nobel Prize-winning British author William Golding. In Lord of the Flies, the author is conveying the message that human beings must have rules, authority and government in order to maintain a safe environment. Left to their own, with freedom from discipline, rules, and governmental regulations, Jack and his tribal warriors return to animal instincts. Hence, C is the correct option.

Explanation: Bilbo Baggins is the title character and protagonist of J. R. R. Tolkien's 1937 novel ‘The Hobbit’, as well as a supporting character in The Lord of the Rings. Hence, C is the correct option.