Preparing for the MBA Entrances? Take the GK quiz for the month of October 2017 and crack the GK section of your targeted MBA exam. 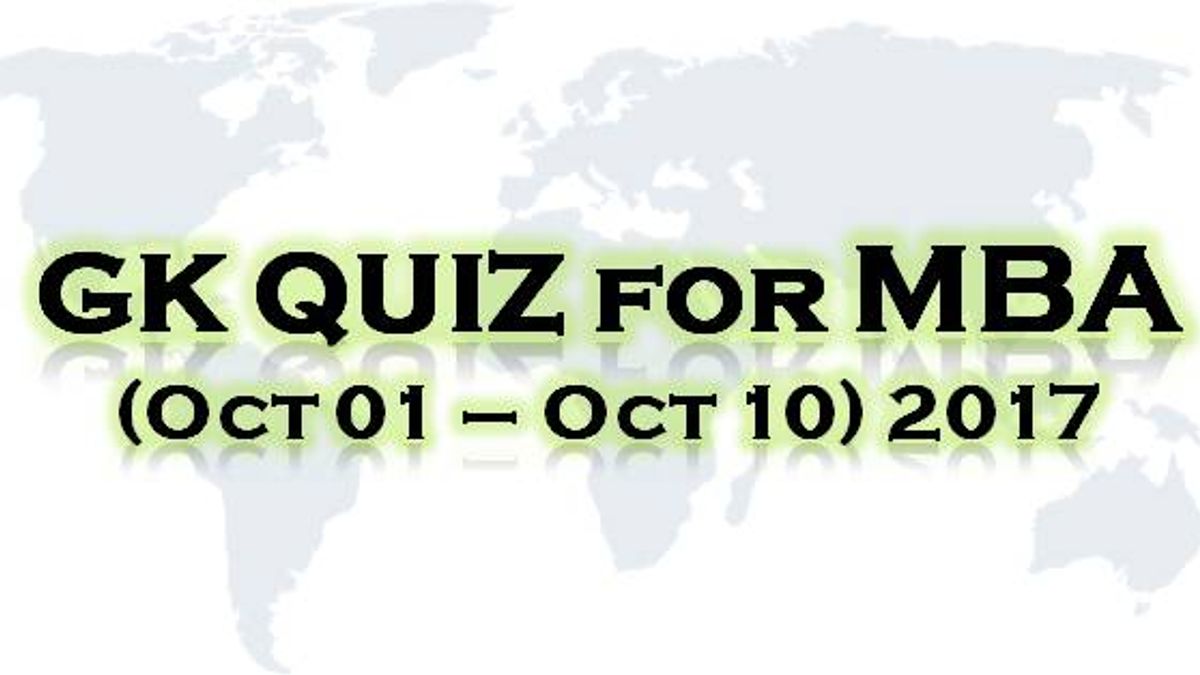 Finally all the top MBA exams have released important dates and its time that along with the other important section, you should start focusing on preparing for the general awareness sectino as well. So here we bring for you an interactive MCQ quiz of 10 questions each that will test your GK. The questions from this quiz might be asked in top management entrance exams such as IIFT, NMAT, MAT, SNAP, IBSAT, and CMAT etc. Take the GK quiz for the week beginning 11 Sept to 20 Sept and test you general awareness on latest happenings.

1. Who among the following has been declared as the new Prime Minister of Mongolia?

d) None of them

3. Who among the following is the Chairman & Managing Director of IRCTC?

4. What was the theme of World Teachers’ Day that was observed on 5 October globally?

a) Appreciating, assessing and improving the educators of the world

b) Valuing Teachers, Improving their Status

6. Which online portal has tied up with OYO to bring the hospitality firm's inventory on its platform?

7. Name the city in which RBI has recently opened its new branch?

8. When is World Mental health Day celebrated every year globally?

9. Where is the headquarter of World Bank located?

10. In how many states of India RBI plans to launch a financial literacy drive that aims to educate people on e-transactions, formal sector borrowings and insurance purchases?

For more quizzes on the General Awareness subscribe with us and do not miss out on any important update!

Best Books to prepare for XAT 2018

Guess the foreign bank from its tagline