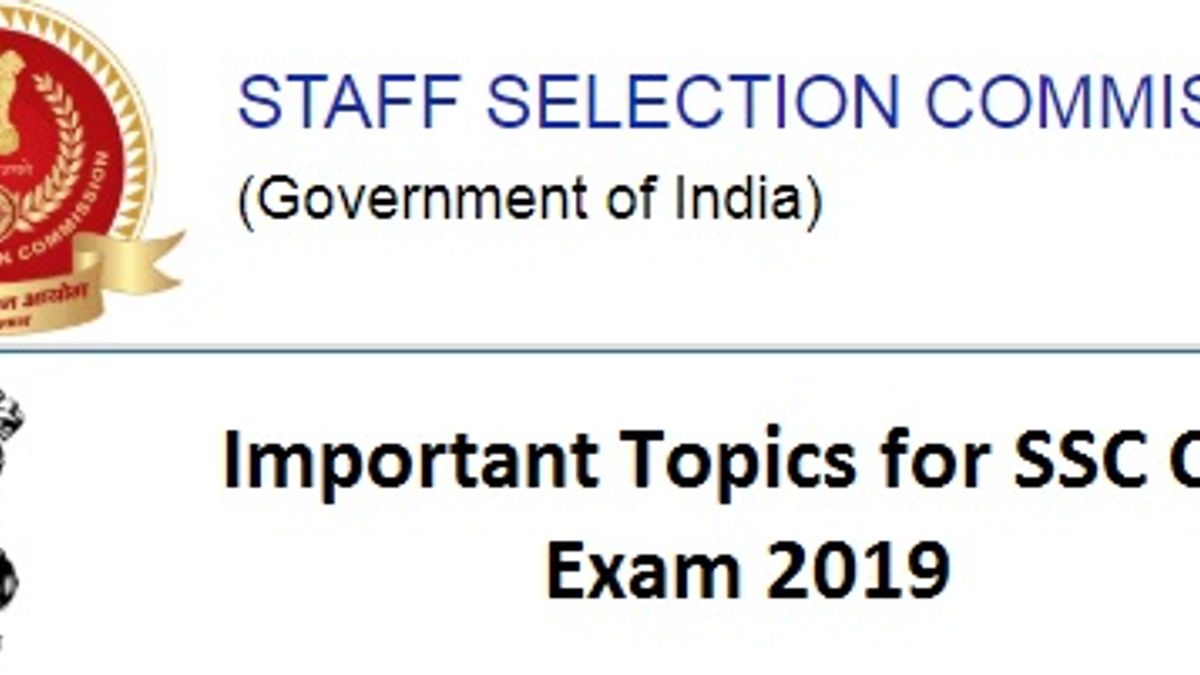 most important topics for ssc chsl

The SSC CHSL Exam 2019 will be held from 1 July 2019 to 26 July 2019 for various posts in different Ministries/Departments of Government of India and their Attached & Subordinate Offices. SSC CHSL Tier-I Exam will be online and the Descriptive Paper will be held offline. There will be skill test for some posts, however, there will be no interview.

Before we go to the important topics of SSC CHSL Exam, let us have an idea of the exam pattern of SSC CHSL. SSC CHSL 2019 Exam is a Computer Based Examination (Tier-I), Descriptive Paper (Tier-II) and Skill Test/ Typing Test (Tier-III). Here are the details:

SSC CHSL 2019 Tier-I exam will be Objective in nature which will be conducted online. The exam has four sections and the time duration of the exam is 60 minutes.

The details of the exam are shown in the table below:

SSC CHSL 2019 Tier-II will be a Descriptive Paper of 100 Marks in Pen and Paper Mode. The duration of the Descriptive Paper would be one hour. There will be writing of an Essay in about 200-250 words and a Letter/ Application in about 150-200 words.

The details of the exam are shown in the table below:

Most Important Topics for SSC CHSL

The students should focus on all these topics well because they never know from which of these topics, the questions may arise. These topics have been summed up after referring previous year questions of SSC CHSL. The candidates should also remember that with constant practice, they can score well in the exam.

How to crack SSC CHSL exam in the first attempt?