Class 9 Science Chapter 4 of NCERT Book can be downloaded from here in PDF format. Read the latest edition of the chapter from NCERT Science book to prepare for your Science Exam 2021-2022. 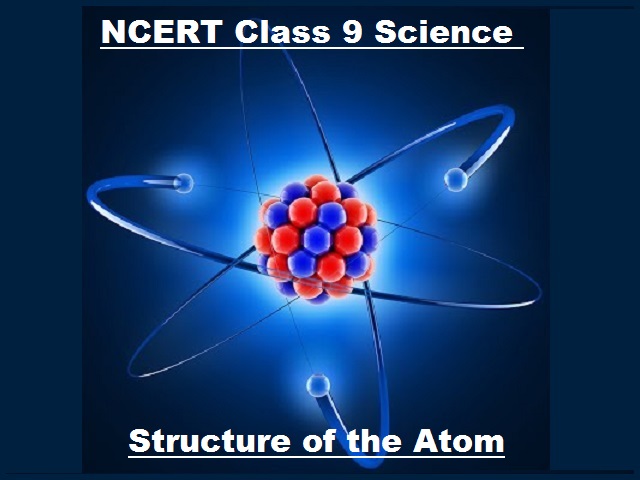 About Class 9  Science Chapter 4 Structure of the Atom

Class 9 Science Chapter 4 Structure of the Atom explains the various theories and experiments conducted for finding out the shape and size of the atom.  It also makes students aware of the other important characteristics of atoms like atomic number, mass number, valency, etc.

Major topics from the chapter are:

→ The Structure of an Atom

→ Thomson’s Model of an Atom

→ Rutherford’s Model of an Atom

→ Bohr’s Model of an Atom

→ Distribution of Electrons in Different Orbits

Keep these topics n mind to revise them well at the time of examination.

NCERT Class 9 Science Chapter 4 can be accessed from the following link:

Read below the important points from the summary of the chapter:

→ J.J. Thomson proposed that electrons are embedded in a positive sphere.

→ Rutherford’s alpha-particle scattering experiment led to the discovery of the atomic nucleus.

→ Rutherford’s model of the atom proposed that a very tiny nucleus is present inside the atom and electrons revolve around this nucleus. The stability of the atom could not be explained by this model.

→ Bohr’s model of the atom proposed that electrons are distributed in different shells with discrete energy around the nucleus. If the atomic shells are complete, then the atom will be stable and less reactive.

→ J. Chadwick discovered presence of neutrons in the nucleus of an atom. So, the three sub-atomic particles of an atom are: (i) electrons, (ii) protons and (iii) neutrons

→ Valency is the combining capacity of an atom.

→ The atomic number of an element is the same as the number of protons in the nucleus of its atom.

→ Isotopes are atoms of the same element, which have different mass numbers.

→ Isobars are atoms having the same mass number but different atomic numbers.

Download the NCERT Solutions for Class 9 Science Chapter 4 from the following link: