NCERT solutions for class 10 Political Science (Civics) Chapter 1 - Power Sharing are available here in PDF for free download. Check these NCERT solutions to get the best explained answers to help you score good marks in your school and board exams. 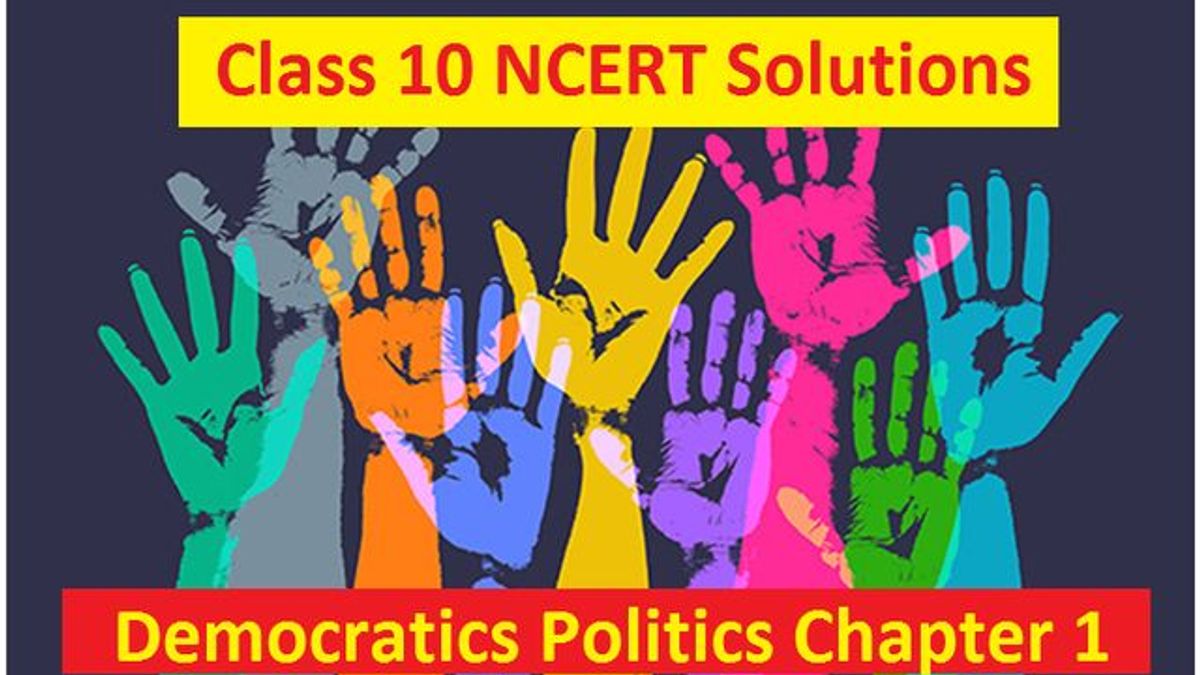 NCERT Class 10 Social Science Democratic Politics Chapter 1 - Power Sharing are explained in the best and simplest manner to help you easily understand the concepts related to the distribution of power among various political and social groups in the country. These NCERT solutions will help you get better in the subject and lay a foundation for performing well in your board exams. You can read all the answers from below or download them in PDF from the link provided in this article.

Check below the NCERT Solutions for Class 10 Civics Chapter 1:

1. What are the different forms of power-sharing in modern democracies? Give an example of each of these.

Different forms of power-sharing in modern democracies are:

2. State one prudential reason and one moral reason for power-sharing with an example from the Indian context.

Prudential reason: It helps to reduce the possibility of conflict between social groups.  In India, the power is shared horizontally among various organs of government. Also, reservation is applicable in India, where various sections are given benefits over others to avoid conflicts.

Moral reason: It helps to uphold the spirit of democratic structure of a country. In India, citizens can come together to criticise and oppose any particular policies of the government so that the government is put under pressure to reconsider its decisions.

3. After reading this chapter, three students drew different conclusions. Which of these do you agree with and why? Give your reasons in about 50 words. Thomman – Power sharing is necessary only in societies which have religious, linguistic or ethnic divisions. Mathayi – Power sharing is suitable only for big countries that have regional divisions. Ouseph – Every society needs some form of power sharing even if it is small or does not have social divisions.

We agree with the Ouseph’s conclusion as it is the most logical one. Every society should have some or the other form of power-sharing. Power-sharing ensures the right balance between different sections in the society. It not only prevents conflict between various groups in the society but it also generates a sense of belongingness among them to the society. Hence, power-sharing helps to maintain the spirt of democracy.

4. The Mayor of Merchtem, a town near Brussels in Belgium, has defended a ban on speaking French in the town’s schools. He said that the ban would help all non-Dutch speakers integrate into this Flemish town. Do you think that this measure is in keeping with the spirit of Belgium’s power-sharing arrangements? Give your reasons in about 50 words.

No, the measure of Mayor of Merchtem to ban the speaking of French language in the town’s schools near Brussels is not keeping with the spirit of Belgium’s power-sharing arrangements. Power-sharing helps to maintain a balance between different sections of the society, and in Belgium, there is a need to maintain the power-sharing between Dutch and French to avoid clashes between both the groups. Banning French will only cause the civil unrest. So, to promote peace among different communities, the Mayor should promote the bilingual education system in the town’s schools.

5. Read the following passage and pick out any one of the prudential reasons for power sharing offered in this. “We need to give more power to the panchayats to realise the dream of Mahatma Gandhi and the hopes of the makers of our Constitution. Panchayati Raj establishes true democracy. It restores power to the only place where power belongs in a democracy – in the hands of the people. Giving power to Panchayats is also a way to reduce corruption and increase administrative efficiency. When people participate in the planning and implementation of developmental schemes, they would naturally exercise greater control over these schemes. This would eliminate the corrupt middlemen. Thus, Panchayati Raj will strengthen the foundations of our democracy.”

The prudential reason in the given passage is – “Giving power to Panchayats is also a way to reduce corruption and increase administrative efficiency.”

A. reduces conflict among different communities

B. decreases the possibility of arbitrariness

G. undermines the unity of a country

7. Consider the following statements about power-sharing arrangements in Belgium and Sri Lanka.

(a) In Belgium, the Dutch-speaking majority people tried to impose their domination on the minority French-speaking community.

(b) In Sri Lanka, the policies of the government sought to ensure the dominance of the Sinhala-speaking majority.

(c) The Tamils in Sri Lanka demanded a federal arrangement of power-sharing to protect their culture, language and equality of opportunity in education and jobs.

(d) The transformation of Belgium from unitary government to a federal one prevented a possible division of the country on linguistic lines.

8. Match List I (forms of power-sharing) with List-II (forms of government) and select the correct answer using the codes given below in the lists:

9. Consider the following two statements on power-sharing and select the answer using the codes given below:

A. Power-sharing is good for democracy.

B. It helps to reduce the possibility of conflict between social groups.

Which of these statements are true and false?