Get NCERT solutions for Class 10 Social Science Civics Chapter 5 - Popular Struggles and Movements here in PDF. Check the exclusive solutions to get good marks in your board exams. 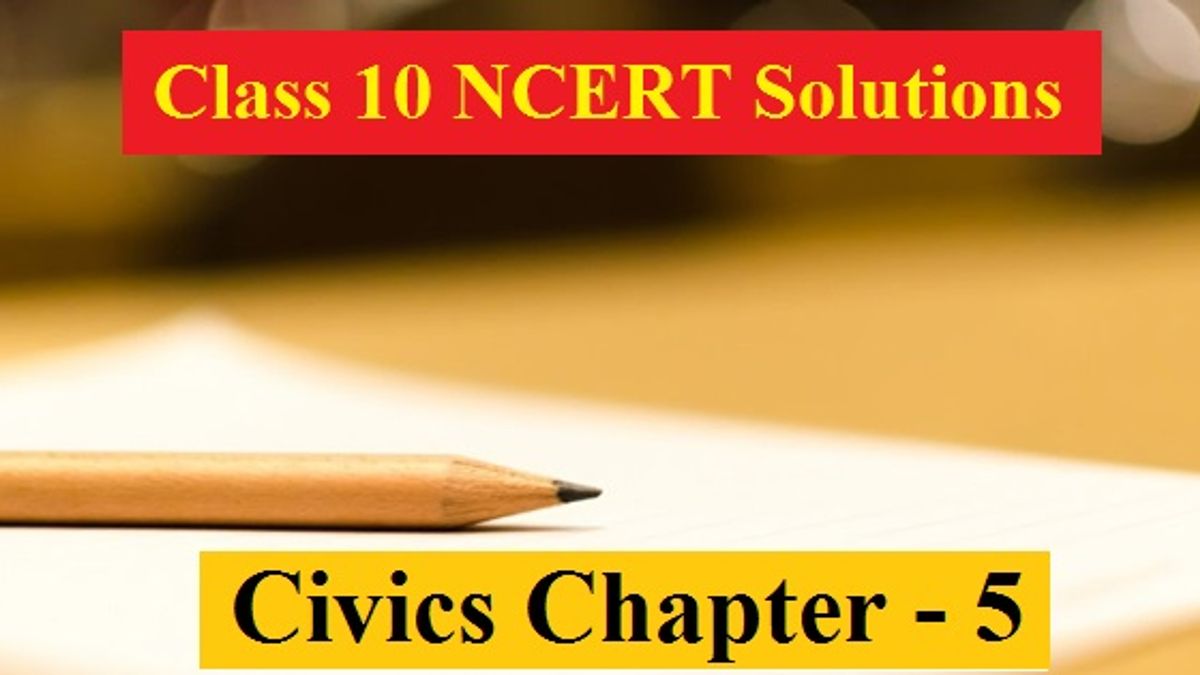 Check NCERT Solutions for Class 10 Social Science Democratic Politics Chapter 5 - Popular Struggles and Movements. We have provided here the accurate answers to all questions given in the exercises of the chapter. We have explained all the answers in pointers that will make it easier for you all to learn these answers quickly. So, read the NCERT Solutions by Jagran Josh to get better in the Civics and score good marks in your board exams. You can also check here the NCERT solutions for Class 10 History, Civics and Economy.

Get below the NCERT Solutions for Class 10 Civics Chapter 5:

1. In what ways do pressure groups and movements exert influence on politics?

Pressure groups and movements exert influence on politics in the following ways:

2. Describe the forms of relationship between pressure groups and political parties?

The various forms of relationship between political parties and pressure groups can be mentioned as follows:

3. Explain how the activities of pressure groups are useful in the functioning of a democratic government.

The activities of pressure groups are useful in the functioning of a democratic government in the following ways:

4. What is a pressure group? Give a few examples.

The groups or organisations that aim to influence the policies and programmes of the government by undertaking activities like organising campaigns, protests,  demonstration filing petitions, etc., are called the pressure groups. Pressure groups are formed when people with common interests and aspirations come together in order to achieve a common objective. For example, BAMCEF (Backward and Minority Communities Employees Federation) is an organisation that works against discrimination. Another example is of FEDECOR, an organisation that protested against water privatisation in Bolivia.

5. What is the difference between a pressure group and a political party?

6. Organisations that undertake activities to promote the interests of specific social sections such as workers, employees, teachers, and lawyers are called ________________ groups.

Organisations that undertake activities to promote the interests of specific social sections such as workers, employees, teachers, and lawyers are called sectional interest groups.

7. Which among the following is the special feature that distinguishes a pressure group from a political party?

(a) Parties take political stances, while pressure groups do not bother about political issues.

(b) Pressure groups are confined to a few people, while parties involve a larger number of people.

(c) Pressure groups do not seek to get into power, while political parties do.

(d) Pressure groups do not seek to mobilise people, while parties do.

Answer: (c) Pressure groups do not seek to get into power, while political parties do.

8. Match List I (organisations and struggles) with List-II and select the correct answer using the codes given below the lists:

Codes are given below:

Codes are given below:

10. Consider the following statements about pressure groups and parties.

A. Pressure groups are the organised expression of the interests and views of specific social sections.