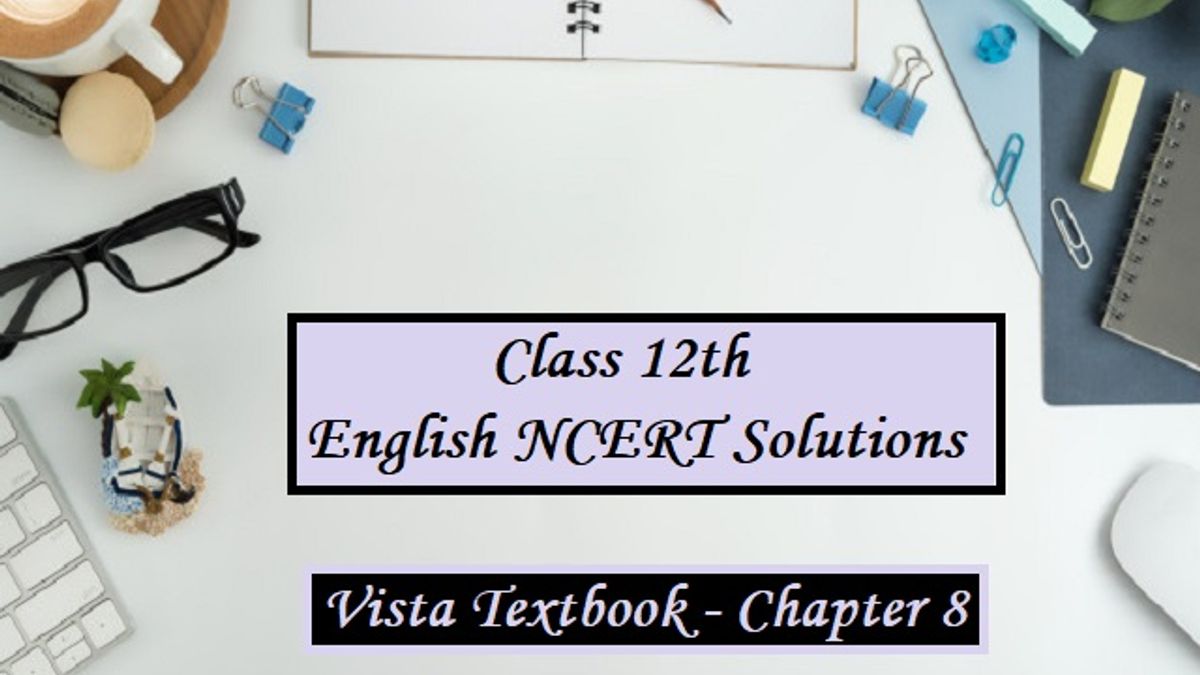 Students of CBSE Class 12 can access NCERT Solutions for Chapter 8 from the English Vista Textbook. Chapter 8 t presents autobiographical episodes from the lives of two women from marginalized communities who look back on their childhood and reflect on their relationship with the mainstream culture. The NCERT solutions have been provided by the subject expert after a detailed analysis of the marking scheme and model answer sheet issued by CBSE. Class 12th students can study the answers provided here to score well in school as well as Class 12th board exams.

Ques: The two accounts that you read above are based in two distant cultures. What is the commonality of the theme found in both of them?

Answer: The autobiographical accounts used in the "Memories of Childhood" are in two remote cultures of the world, by two women from socially oppressed areas. One demonstrates the evil custom of racial discrimination while the other talks of the feudal structure of Indian caste and untouchability. The first section explores how the protagonist, a Native American, was abused by the hands of her boarding school's European employees. The second account gives an image from a third standard student's eyes to the struggles and humiliations faced by the Indian Dalits.

Though set in different cultures, the two stories share a common theme. They show the misery and injustice which their respective societies are facing. Both authors are rebuked for the practice of social stratification. At the behest of Europeans who thought themselves superior to the Native American, Zitkala-Sa 's hair was "shingled" On the other hand, Bama experienced untouchability being practiced openly where people from 'lower castes' were considered ungodly and were not even permitted to reach the upper caste people. From a very young age, both Zitkala-Sa and Bama are starting to protest and resist in their own ways.

Ques: It may take a long time for oppression to be resisted, but the seeds of rebellion are sowed early in life. Do you agree that injustice in any form cannot escape being noticed even by children?

Answer: At several ways, the world has been trapped in the web of stratification, inequality, and prejudice. Although adults have become used to this, childhood innocence doesn't recognize hatred and bigotry. Yet their keen observer eye is sufficiently capable to detect any sort of inequality and discrimination. Their delicate minds and hearts are deeply affected when exposed to these evil practices. They are perplexed, and always resist in their own easy ways.

In the lesson, both girls describe their injustice experiences. Zitkala-Sa, reporting in the very first line that her first day at school was bitter cold. It not only describes the weather for her but also represents the boarding school atmosphere. The school's overly disciplined students and the European staff were unfriendly or cold towards her, and the vain fight to shingle her hair was a bitter experience for her. On the other hand, Bama followed in the footsteps of her brother to demonstrate through education against the tradition of untouchability. She studied with all her heart to enter a place where people would forget her "caste" and be proud of her

Ques: Bama’s experience is that of a victim of the caste system. What kind of discrimination does Zitkala-Sa’s experience depict? What are their responses to their respective situations?

Answer: Although Bama suffered caste discrimination and untouchability, Zitkala-Sa was a victim of racial prejudice. Zitkala-Sa was packed off to a European missionary academy, where she was looked down on as a local tribal. Her precious, long, and heavy hair was shingled which was her pride. She tried to resist with all her might but was eventually forced to abandon her war. On the contrary, with the light of education, Bama, who experienced the malpractice of untouchability, chose to blur the distinction between castes. She judiciously utilized her anger and sense of rebellion under the guidance and supervision of her elder brother to study harshly and outwit any form of prejudice. She recognized that only if these so-called lower castes made an effort to learn and thereby make progress would a social change be necessary.

It can be easily noticed that although both protagonists have tried to protest the injustice they have faced, the paths they have chosen are remarkably different. Through this rebellion trip, Zitkala-Sa is being forced to give in; on the contrary, Bama has successfully followed the advice of her brother to eventually top her class. Though Zitkala-Sa continued to revolt through her works by condemning the evils of racial injustice, Bama opted for a more discreet way of carrying out her quiet but successful demonstration.