NCERT Solutions for Class 6 English - A Pact With the Sun Textbook- Chapter 9: What Happened to the Reptiles

Check NCERT Solutions for Class 6th English A Pact With the Sun Textbook Textbook. Students of Class 6 can check NCERT solutions for all the questions of Chapter 9: What Happened to the Reptiles. 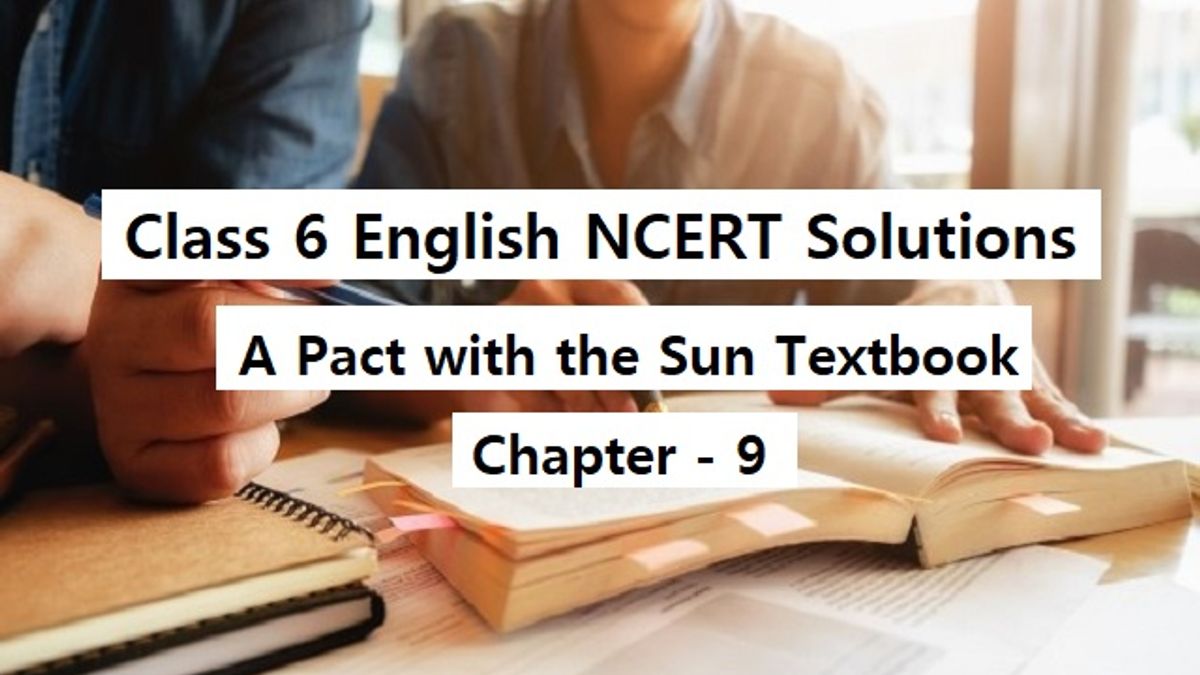 In this article, we have provided Class 6th NCERT Solutions for Chapter 9 from the English A Pact With the Sun Textbook Textbook. Chapter 9 is about Pambupatti a peaceful village, inhabited by a variety of people. Prem, the narrator of the story, flees his village under unfortunate conditions to reach Pambupatti by chance. An old resident of the village looks after him and tells him an interesting story. The NCERT solutions of this chapter have been provided after a detailed analysis of the latest syllabus issued by CBSE. Students of Class 6th can study the answers provided here to score well in their school exams.

Ques:  In what way is Pambupatti different from any other village?

Answer: While the people in other villages clashed with one another, people of Painbupatti lived in peace. They did not fight in the name of religion or language. In this way, Pambupatti is different from any other village.

Ques:  Why is Prem determined not to return to his village?

Answer: Prem had left his village when the people had gone mad.  They set the houses on fire and killed one another. So Prem is determined not to return to his village

Ques: Why did Makara dislike tortoises, snakes, and lizards? Write a line about each.

Ques: What went wrong when the tortoises, snakes, and lizards left the forest?

Answer: There came a tough time. The forest got filled with the foul smell of rotting fruits and fishes in the absence of tortoises. Rats multiplied in the absence of snakes and without lizards, there were millions of insects in the forests.

Ques: Why do you think Prem wants to tell the story of the reptiles to the people of his village?

Answer: The people of Prem’s village had gone mad. They fought with one another in the name of religion. The story of Pambupatti gave the message of peace and coexistence. It underlined the importance of living together. So Prem wanted to carry that message to his own village.

Ques: Do you agree that it is difficult not to go along with someone who is very strong and powerful? Express your views frankly and clearly.

Answer: It is true that the common people are peace-loving and weak. They live in constant fear of the strong and powerful. It is human nature to go with the strong, to be on the safe side. But the people also stand up against the bully when they are driven to the wall. They take up arms and fight the enemy successfully.

Ques:  If you were a baby crocodile, would you tell Makara that he was wrong? What would you say to convince him?

Answer: As a baby crocodile, I have a privilege to oppose my parents boldly. I would tell the elders that this world is a common property of all living creatures. To convince my dad, Makara, that he is wrong, I will give him a couple of reasons. First, it is the duty of the strong to protect the weak, and not to harass them. Secondly, this earth is not the sole property of any one person or animal. All are inter-dependent. Together, they make this earth a place worth living.