Get here the easiest and simplest NCERT Solutions for Class 7 History Chapter 2 New Kings And Kingdoms. All the questions and answers are available here in PDF format. 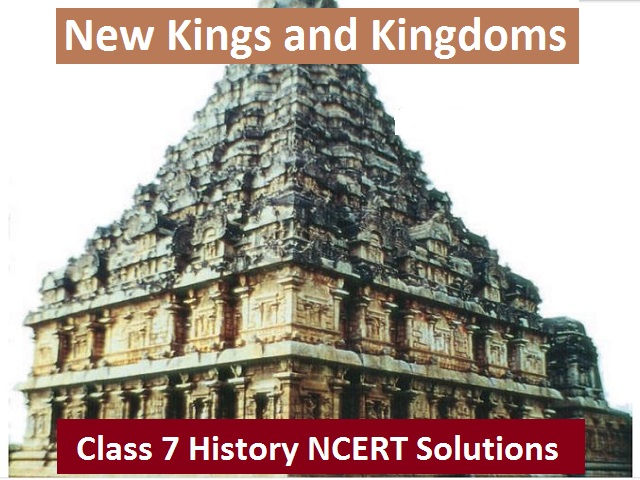 NCERT Solutions for Class 7 Social Science History Chapter 2 New Kings And Kingdoms will provide you with the precise and simple answers to all the questions given in the chapter. These NCERT Solutions will help you clear all the concepts and remove all your doubts. Here, we have provided the solutions to all questions given in chapter 2 of the latest NCERT Book for Class 7 History. All the questions and answers are available here in an easily downloadable format.

Check below the NCERT Solutions for Class 7 History Chapter 2 - New Kings And Kingdoms:

2. Who were the parties involved in the “tripartite struggle”?

Three parties were involved in the “tripartite struggle”. These were:

3. What were the qualifications necessary to become a member of a committee of the sabha in the Chola empire?

The following qualifications were necessary to become a member of a committee of the sabha in the Chola empire:

4. What were the two major cities under the control of the Chahamanas?

Delhi and Ajmer were the two major cities that were under the control of the Chahamanas.

5. How did the Rashtrakutas become powerful?

Initially, Rashtrakutas were subordinate to the Chalukyas of Karnataka. However, in the mid-eighth century, Rashtrakuta chief Dantidurga defeated his Chalukya overlord and performed the Hiranyagarbha ritual, establishing his right to rule. When this ritual was performed with the help of Brahmanas, it was thought to lead to the rebirth of the sacrificer as a Kshatriya, even if he was not one by birth. Thus, the Rashtrakutas became powerful in India through a mixture of military prowess and ritualistic actions.

6. What did the new dynasties do to gain acceptance?

In order to gain acceptance, the new dynasties made the following efforts:

7. What kind of irrigation works were developed in the Tamil region?

8. What were the activities associated with Chola temples?

Download all the NCERT Solutions for Class 7 History Chapter 2 from the following link: