Get NCERT Solutions for Class 8th English Honeydew Textbook. Students of Class 8 can check NCERT solutions for all the questions of Chapter 1: The Best Christmas Present in the World 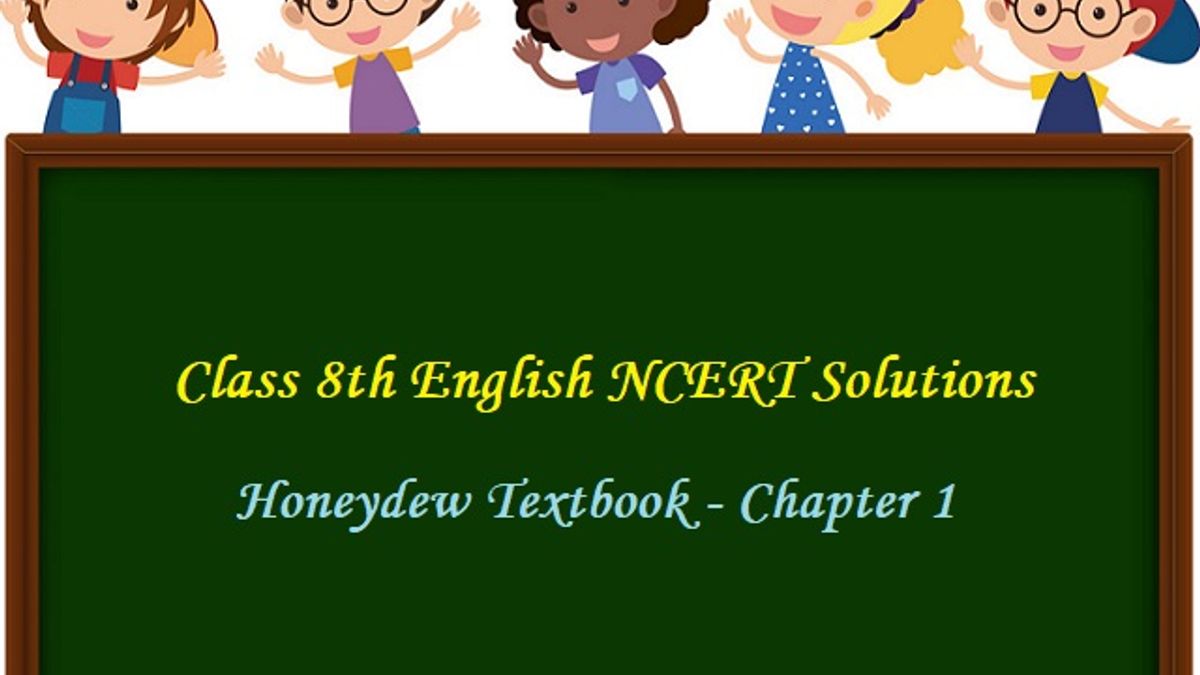 In this article, we have provided Class 8th NCERT Solutions for Chapter 1 from the English Honeydew Textbook. Chapter 1 presents some dates and events occurred during a war between the British and the Germans in 1914. The NCERT solutions of this chapter have been provided after a detailed analysis of the latest syllabus issued by CBSE. Students of Class 8th can study the answers provided here to score well in their school exams.

Ques: For how long do you think Connie had kept Jim’s letter? Give reasons for your answer.

Ques: Why do you think the desk had been sold, and when?

Answer: The desk must have been sold when Connie’s house had burnt. The table had been damaged by fire as well as water.

Ques: Why do Jim and Hans think that games or sports are good ways of resolving conflicts? Do you agree?

Answer: Both Jim and Hans were soldiers. Both were warm-hearted. They had seen the sufferings of war. So it was natural for them to hate war. They favoured a peaceful solution to settle disputes. Games or sports, they said, were good ways of resolving conflicts. I also quite agree with them.

Ques: Do you think the soldiers of the two armies are like each other, or different from each other? Find evidence from the story to support your answer.

Answer: All human beings are alike in many ways. They love peace and hate war. They want to live together. Examples from the story: “Then they were calling out to us from a cross no man’s land. “Happy Christmas, Tommy! Happy Christmas! “When we had got

Ques: Mention the various ways in which the British and the German soldiers become friends and find things in common at Christmas.

Answer: The British and the German troops belonged to separate camps. We were rivals in wartime. Yet, after all, they were human beings and so they had similar feelings. They shared the festive spirit of Christmas. They got over hate and played football, feasted and drank like true friends. Both hated war. Both were eager to go back to their families at the end of the battle.

Answer: Connie figured that Jim had come back home from battle. She mistook the speaker for Jim. She had been waiting for her husband Jim. And the coming home of Jim was the best Christmas gift in the world for her.

Ques: Do you think the title of the story is suitable for it? Can you think of any other title(s)?

Answer: Decidedly the title of the tale is most appropriate. To the old Connie, no other gift could have brought her such happiness as the coming home of Jim, her husband. Her presumption might be wrong, but she got the greatest happiness of her life. Since the story revolves around Christmas, the alternate title of the story could be War and Peace’ or ‘Christmas Gift’. But neither can be a match to the present title.