Find here the NCERT Solutions for Class 9 English Chapter 3 - Iswaran the Storyteller. Get the exclusive solutions here in PDF format. 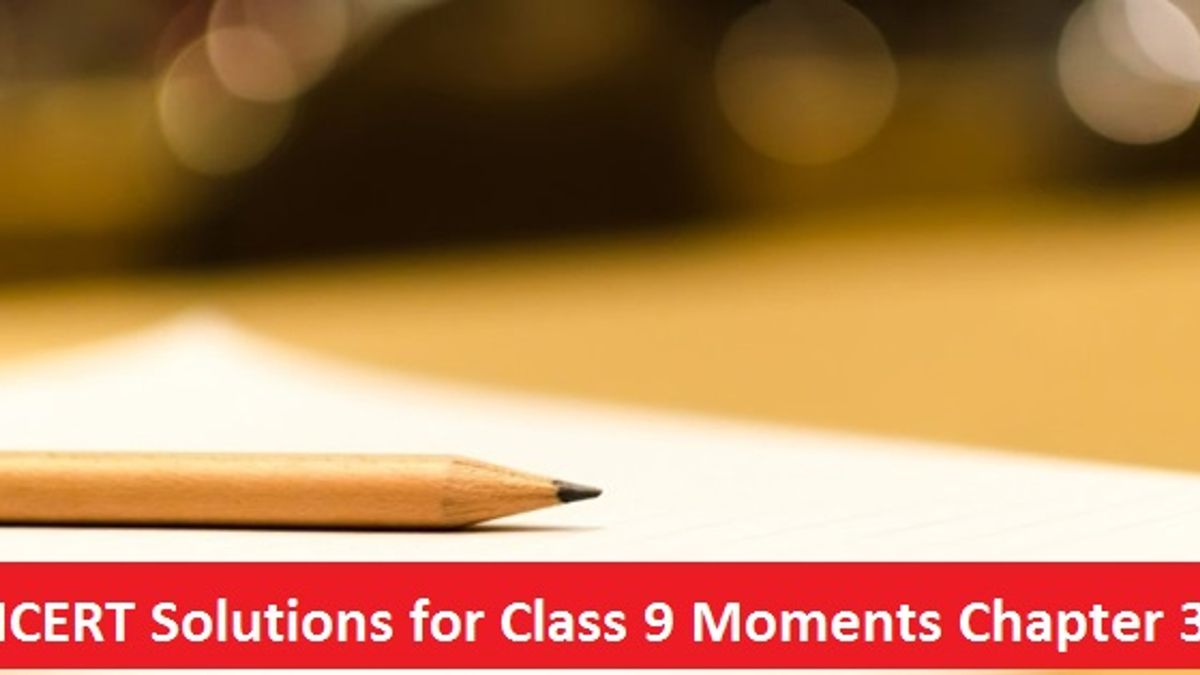 Get here the NCERT Solutions for Class 9 English Moments Chapter 3 - Iswaran the Storyteller for free PDF download. You can find here the accurate answers written in a simple language that are easy to understand. We have provided here the answers to all questions given in the exercises of Class 9 English Moments Chapter 3. Students must refer to these answers for scoring high in their periodic tests and the annual exams.

Check below the NCERT Solutions for Class 9 English Moments Chapter 3:

1. In what way is Iswaran an asset to Mahendra?

Iswaran was Mahendra’s cook who follows his master uncomplainingly wherever he was posted. Apart from cooking, he used to wash Mahendra’s clothes, tidy up his place and chats with him at night. He was a great entertainer. He could weave out endless stories. He was amazing at managing resources as he could find vegetables out of nowhere. Also, he never had complain while accompanying his master. Thus, Iswaran was truly an asset to Mahendra.

2. How does Iswaran describe the uprooted tree on the highway? What effect does he want to create in his listeners?

Iswaran descriptions were greatly influenced by the Tamil authors. Even while describing the smallest incidents he tried to introduce suspense and a surprise ending to the story. He describes the uprooted tree on the highway with eyebrows suitably arched and hands held out in a dramatic way. He would begin by saying that the road was deserted and he was all alone. Suddenly he spotted something that looked like an enormous bushy beast lying sprawled across the road. He was half inclined to turn and go back. But as he came closer he saw that it was a fallen tree, with its dry branches spread out.

He wanted to create attention in his listeners by adding the elements of suspense and surprise in his description.

3. How does he narrate the story of the tusker? Does it appear to be plausible?

Iswaran begins narrating the story of the elephant by saying that one day a tusker escaped from the timber yard and started roaming about, stamping on bushes, tearing up wild creepers and breaking branches behaving as if it had gone mad. At this stage, Iswaran gets so caught up in the excitement of his own story that he gets up from the floor and jumps about, stamping his feet in the emulation of the mad elephant. Continuing his story, he tells that the elephant then came to the main road of the town and smashed all the stalls selling fruits, mud pots, and clothes. It then entered a school ground where the children were playing. It pulled out the football goal-post, tore down the volleyball net, flattened the drum kept for water and uprooted the shrubs. All the teachers and students were so afraid that they climbed up to the terrace of the school building. He tells that at that time he was studying in the junior class and was watching the whole drama from the rooftop. He grabbed a cane from a teacher and moved towards the elephant. The elephant continued grunting and stamping its feet. It looked frightening. However, he moved slowly towards it. When the elephant was ready to rush towards him, he moved forward and whacked its third toe nail. At this the beast collapsed.

This story does not appear to be plausible and it is difficult to believe that a child can control a mad elephant and collapse it.

4. Why does the author say that Iswaran seemed to more than make up for the absence of a TV in Mahendra’s living quarters?

The author says so because Iswaran was a great entertainer for Mahendra. He would chat with him at night and tell him countless stories packed with adventure, horror and suspense. Mahendra enjoyed listening to all his stories. Thus, Mahendra never felt bored and never felt the need of having a TV for entertainment.

5. Mahendra calls ghosts or spirits a figment of the imagination. What happens to him on a full-moon night?

Mahendra calls ghosts or spirits a figment of the imagination because he did not believe in ghosts.

On one full moon night, Mahendra was woken up from his sleep by a low moan close to his window. At first he thought that it was a cat chasing mice. But the sound was too deep and guttural for a cat. He resisted looking outside as he did not want to witness a sight that might stop his heartbeat. But when the noise became louder, he could not resist himself from looking outside. When he lowered himself to the level of the windowsill he looked at a dark cloudy form clutching a bundle. He broke into a cold sweat and fell back on the pillow, panting.

6. Can you think of some other ending for the story?

This story ends with Mahendra resigning from his post and leaving the haunted place. However, the story could have ended on a positive note. The ghost theory should have been proved wrong by calling it merely an image formed in the subconscious mind of Mahendra. Since Iswaran kept narrating to him stories of various ghosts, he started fancying the things. Otherwise, there are no such things as ghosts.