NDA vs CDS Officers: Know All the Similarities & Differences

Though both the NDA & CDS Exams are conducted by the Union Public Service Commission i.e. UPSC, there are similarities and differences in the recruitment, training, salary, perks, promotion opportunities, etc. Besides the promotional avenues, salary is considered as the major differentiator between officers selected through NDA & CDS Exams. 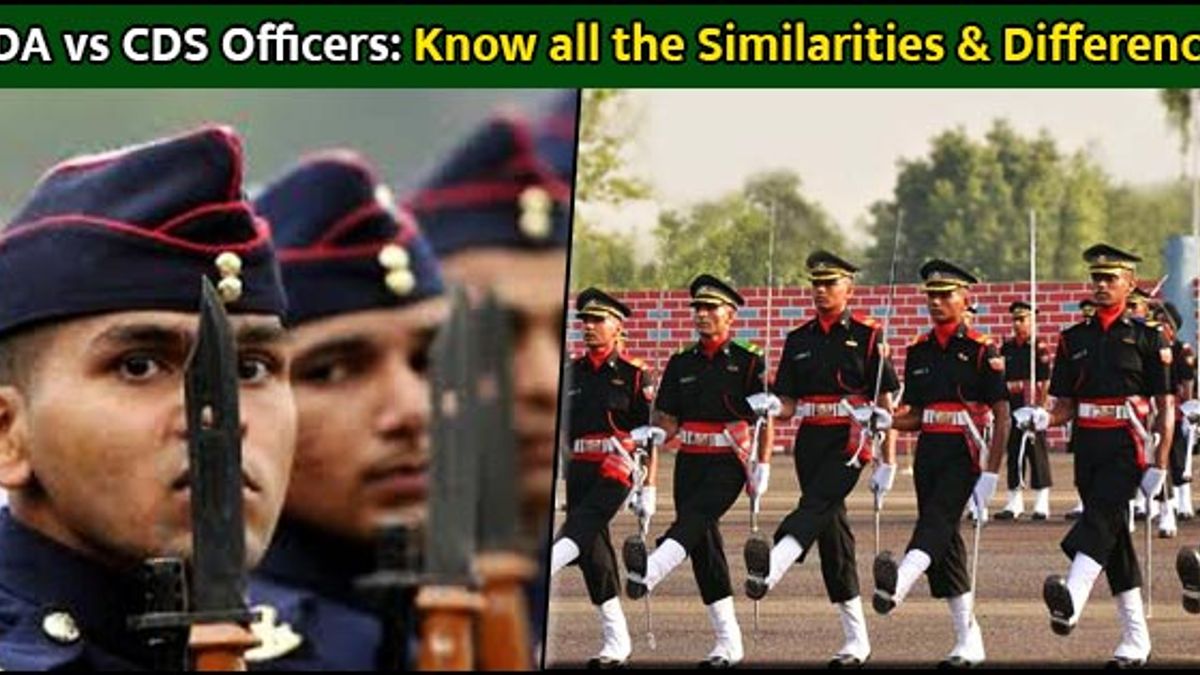 NDA vs CDS Officers: Know all the similarities & differences

The National Defence Academy (NDA) and the Combined Defence Services (CDS) Exams are gateways to tri-services of the Indian Armed Forces. Though both the exams are conducted by the Union Public Service Commission, i.e. UPSC, there are many similarities and differences in the recruitment, training, salary, perks and promotion opportunities, etc.

For those who are planning to join Indian Army, Navy or Air Force, it is essential to know the differences and similarities in NDA and CDS. The similarities are given below:

Pay and allowances offered to the officers selected through the NDA & CDS Exams differ significantly. Besides the promotional avenues, salary is considered as the major differentiator between NDA & CDS Officers. They are as given below.

In addition to the above mentioned pay, the officers in the rank starting from Lieutenant up to Brigadier are eligible for the Military Service Pay (MSP). NDA Officers get a fixed sum of Rs. 6,000/- p.m in lieu of MSP while, the CDS Officers get Rs. 15,500 per month.

Comparison between allowances offered to Army officers selected through  NDA & CDS and equivalent ranks in Air Force and Navy are as given below.

The aspirants should note that for the CDS Officers, the newly proposed Daily Allowance (DA) is Rs. 20,000 per month.

Besides the pay and allowance, Qualification Pay and Flying Allowances are provided for Indian Air Force Officers. While the final order on the Qualificaiton Pay for the CDS Officers is awaited, the details related to NDA Officers is as given below.

All these components of the pay make the job not only attractive but also worthy of stiff competition. The candidates should keep in mind that the job not only commands a good pay but also the highest degree of duty and sincerity towards the nation.