SOA, nationally ranked 20th in the university category by NIRF last year, had improved its position in four different categories and broke into the top ten bracket in two others in the 2022 rankings.

Continuing its pre-eminent position in academics and research, Siksha ‘O’ Anusandhan (SOA) Deemed to be University here climbed several notches to be placed 16th in the country in the National Institutional Ranking Framework (NIRF) rankings for 2022 released by the Union Education Minister Mr. Dharmendra Pradhan in New Delhi on Friday.

SOA, nationally ranked 20th in the university category by NIRF last year, had improved its position in four different categories and broke into the top ten bracket in two others in the 2022 rankings. Two of the SOA institutes, Institute of Dental Sciences (IDS), faculty of dental sciences, and SOA National Institute of Law (SNIL), faculty of legal studies, figured in the top ten bracket in the country for the first time. 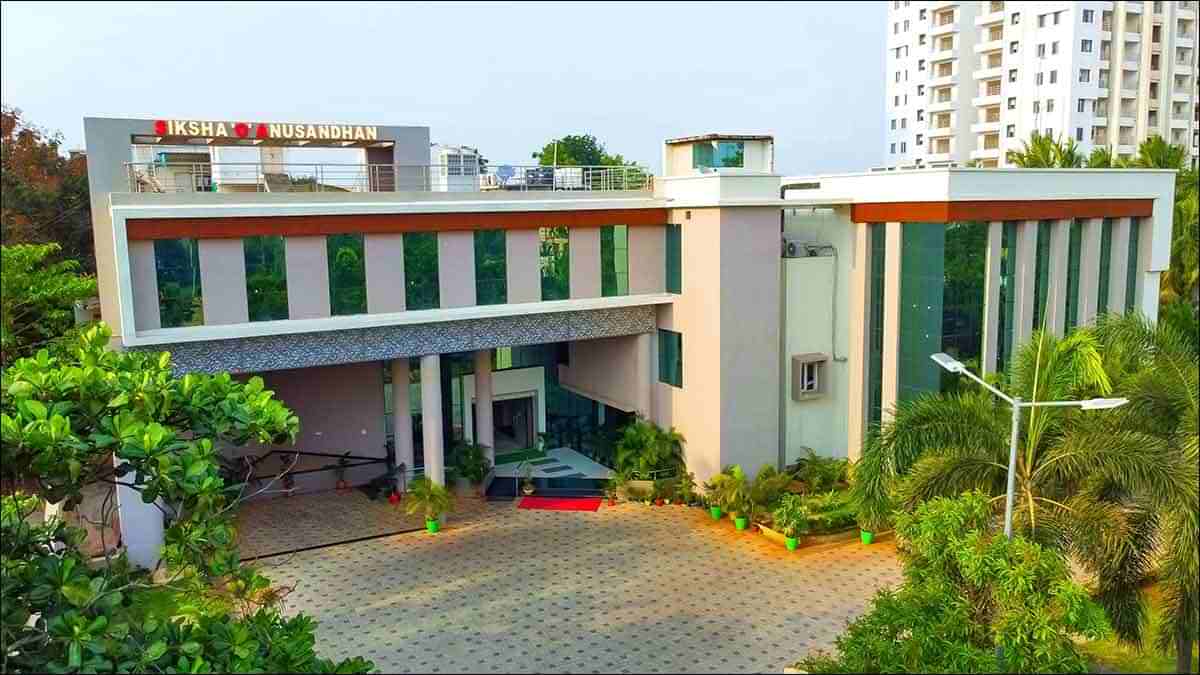 The 15-year-old Deemed to be University was ranked 30th in the overall category (37th in 2021) this time while it was ranked 18th in medical sciences, 27th in engineering and 10th in dental sciences categories. Entering the fray for the first time, SOA’s faculty of law was ranked 9th in the country while the university was placed 45th in research category.

SOA had recently reached a huge milestone when the National Assessment and Accreditation Council (NAAC) accredited the university with the highest Grade A++ with a Cumulative Grade Points Average (CGPA) of 3.88 out of 4.

Ever since the NIRF ranking was introduced by the Ministry of Education in 2016, SOA has been the youngest university to be continuously ranked among the top 25 universities in the country.

Institute of Medical Sciences and SUM Hospital, SOA’s faculty of medical sciences, was ranked 21st by NIRF in 2021 while the Institute of Technical Education and Research (ITER), faculty of engineering and technology, and Institute of Dental Sciences (IDS), were ranked 32nd  and 14th respectively last year.

SOA’s latest ranking meant that it was the third best university in the east while its faculties of medical sciences and dental sciences occupied the number one position among the eastern states. It’s faculty of law was positioned third in the eastern region.

Founder President of SOA Prof. (Dr.) Manojranjan Nayak, expressing happiness over the ranks obtained by the university, congratulated the faculty and other employees for their continuous and relentless effort to make SOA successful in every field.

Siksha ‘O’ Anusandhan (SOA) maintained its position as the 20th best in the country and highest ranked  in Odisha in the university category as the rankings in different categories of the National Institutional Ranking Framework (NIRF) for 2021 were released on Thursday.

SOA, which was granted Deemed to be University status in 2007, was placed in the 20th position in the NIRF 2020 rankings as well and now has been ranked among the top 25 universities in the country for the sixth consecutive occasion since the NIRF rankings were introduced by the Ministry of Education in 2016.

The rankings were released in a virtual program in New Delhi by the Union minister for Education Mr. Dharmendra Pradhan. 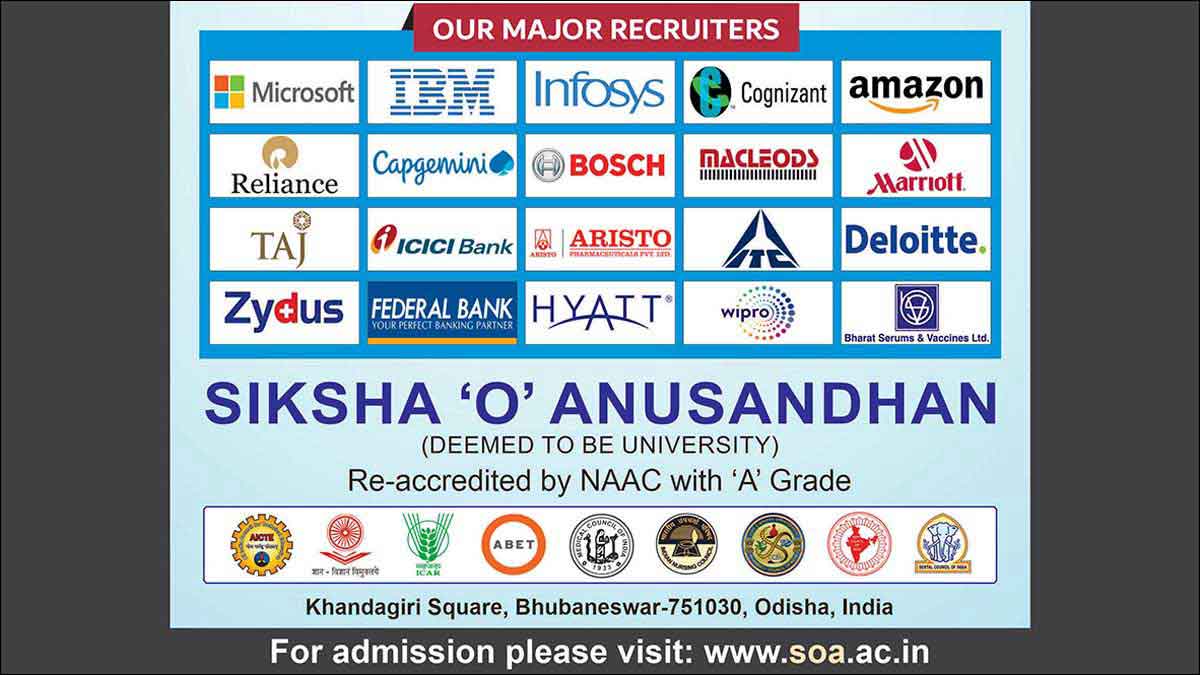 Registering improvement, SOA moved to 37th rank in the country from 38th last year in the overall category while in engineering and technology category it was placed 32nd this year moving up two spots from 34th in 2020. In the category for medical colleges, SOA had moved to 21st this year (23rd last year) improving two places. In dental category, SOA was placed 14th in the country this year.

The NIRF rankings were based on different parameters including teaching and learning resources, research and professional practice, graduation outcome, outreach and inclusivity and perception.

The Quacquarelli Symonds (QS) Asian University Rankings is a UK-based annual publication of university rankings which featured 650 top universities in the Asian continent.

This year SOA has been placed in the 351-400 bracket in the QS Asia university ranking against its placement in the 401-450 category in the rankings announced last year.

SOA was placed in the 1001 plus category in the World University Ranking for 2020 as well.

SOA Vice-Chancellor Prof. Ashok Kumar Mahapatra congratulated the Deans, faculty members, researchers and other employees of the university for their dedicated effort which had earned the university a prestigious rank nationally. 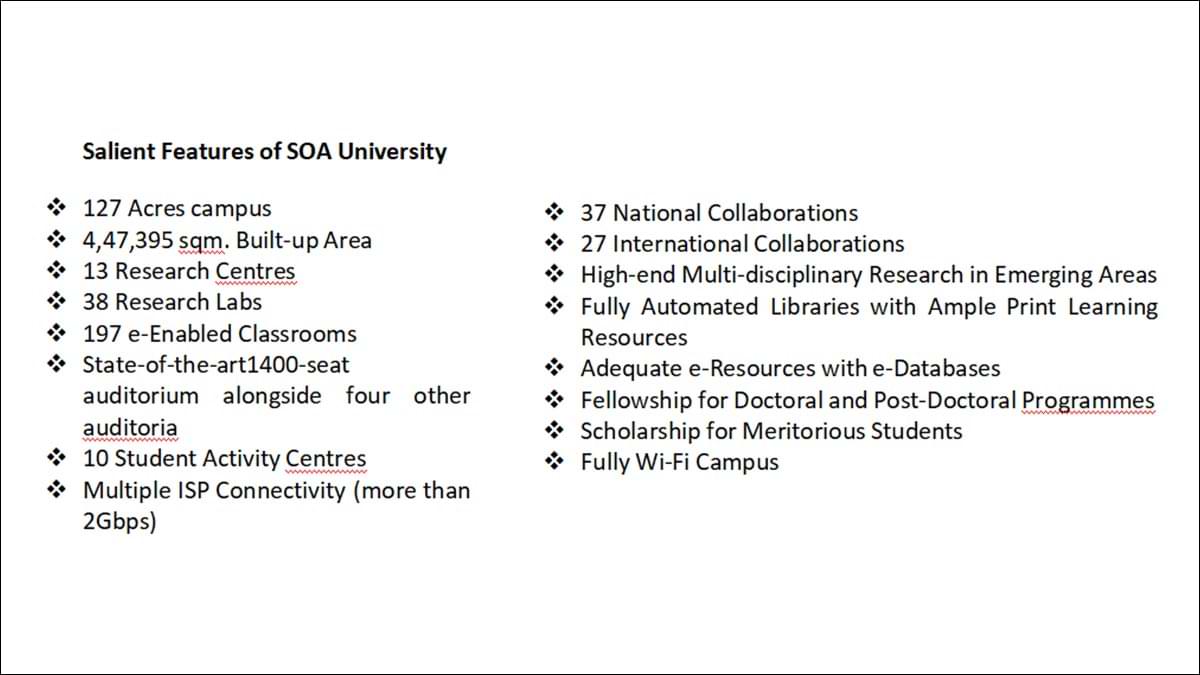