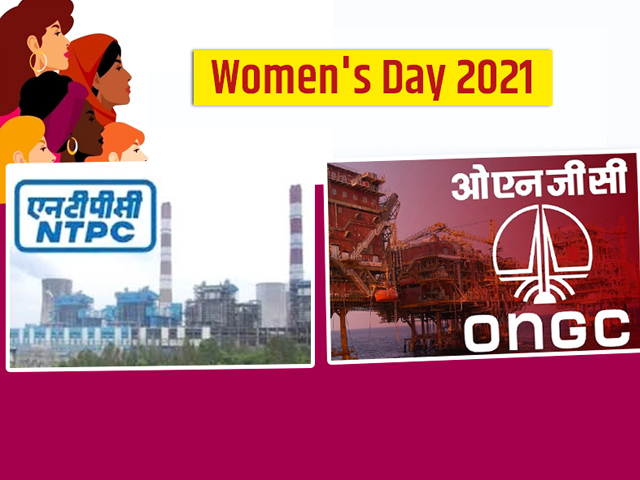 As per the reports, being the first power orgainsation to start a special recruitment drive of women, NTPC is offering additional incentives for women such as waiving application fee to fill the gender diversity gap. The orgainsation has brings various other schemes, in order to strengthen gender equality, like  Child Care Leave with Pay, Maternity Leave, Sabbatical leave and NTPC Special Child Care Leave on Adoption of a Child/Delivering Child through Surrogacy.

ONGC has been recruiting 100 women in its technical streams in every batch of appointments. Also, 500 women to its workforce in the last five recruitment drives in which 80% of women are from from technical streams like drilling, production, geology and geophysics etc. According to ONGC Director Alka Mittal, women are performerig really good in legal discipline as well.

NTPC is India’s largest energy conglomerate with roots planted way back in 1975 to accelerate power development in India. Since then it has established itself as the dominant power major with presence in the entire value chain of the power generation business. From fossil fuels it has forayed into generating electricity via hydro, nuclear and renewable energy sources. On the other hand ONGC,  is the largest natural gas company ranks 11th among global energy majors (Platts). It is the only public sector Indian company to feature in Fortune’s ‘Most Admired Energy Companies’ list. ONGC ranks 18th in ‘Oil and Gas operations’ and 220 overall in Forbes Global 2000. Acclaimed for its Corporate Governance practices, Transparency International has ranked ONGC 26th among the biggest publicly traded global giants. It is most valued and largest E&P Company in the world, and one of the highest profit-making and dividend-paying enterprise.