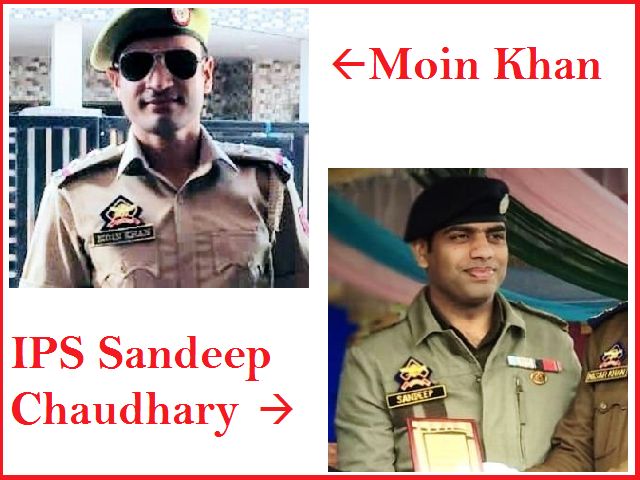 Khan is now undergoing training at the Udhampur Police Training Academy. Khan belongs to Thanda Pani Village in Nagrota constituency of Jammu. His parents are illiterate and he is the first graduate in the family.

After graduating in Commerce via correspondence in 2012, Khan joined Pizza Hut as a waiter for a salary of Rs 2,500 per month. He did this job for three years and simultaneously, pursued BBA.

Khan worked in several odd positions to earn for his family and himself after the tragic accident of his father Mohammed Sharief in 2009. For over 7 years he worked as a waiter, delivery boy, car washer and helper at a grocery store.

His father was a milk seller and later, ran an eatery (dhaba) in Gujarat.

How Moin made it from a Pizza Hut waiter to a police sub-inspector?

Once while working at the Pizza Hut from 6 pm to 2 am, Khan came across a notification for the recruitment of Sub-Inspectors in 2016 and he instantly applied for it.

One of his friends told him about 'Operation Dreams’, the free of cost coaching classes run by IPS officer Sandeep Chaudhary at a banquet hall in Jammu & Kashmir.

IPS Sandeep Chaudhary, now the Senior Superintendent of Police at Shopian, began Operation Dreams in Jammu with an aim to help aspirants of weaker sections to fetch their dream job of Police Officer without spending much for quality coaching.

Initially, Chaudhary started the coaching on May 30 from his office chamber for 10 candidates who want to become sub-inspectors in the J&K Police. Within a day on June 1, the number of students increased to 150 who intended to join UPSC Civil Services, Staff Selection Commission and the banking sector. This increase in number of students forced Chaudhary to shift the Operation Dreams classes to a private community centre.

With each passing day, the Operation Dreams witnessed growth in number of aspirants. Over 25 female students attend the classes as of now.