UPSC declared the results of the Civil Services Exam 2019 on August 4 and Pradeep Singh Malik has topped the list with All India Rank 1. Let’s have a look into the life of the UPSC Topper.

UPSC Civil Services Exam 2019 topper Pradeep Singh Malik hails from Sonepat district of  Haryana. Born to a farmer, Pradeep has always been a bright student throughout the career. A family of five people, Pradeep is the second son after his elder brother Ajeet Malik and has a younger sister. The exam where lakhs of aspirants appear for a few hundred seats, this young man is quite happy with his performance and result.

A Btech Graduate - always wanted to be a Civil Servant 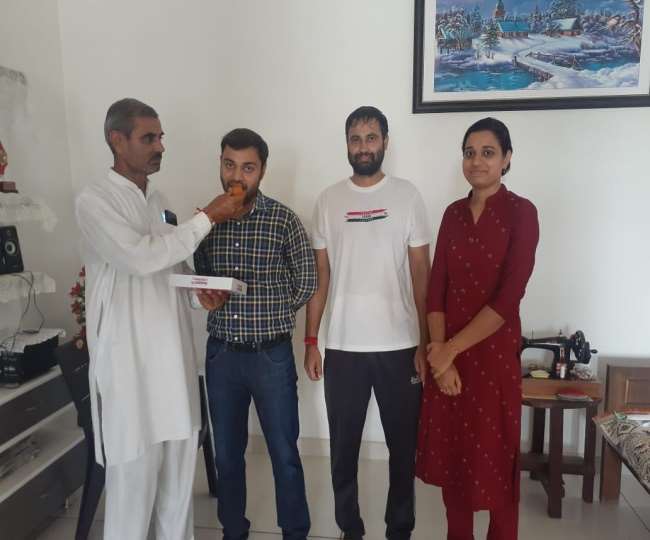 Pradeep Singh completed his school education from Shambhu Dayal School Sonepat. After this, he proceeded to pursue his graduate degree in B. Tech. Computer Science from DCRUST College, Murthal in Sonepat itself. After completing his education unlike the usual engineering students who choose a corporate career, Pradeep chose to join a Government Service to serve the country.

AIR 1 Pradeep Singh qualified the SSC-CGL exam and joined as an Income Tax inspector. He is currently posted in Faridabad Haryana and has been working with the Income Tax Department from the last 4 years. This was the time when Pradeep realized that to bring a change he needs to be in a better position and hence he began to prepare for the UPSC Civil Services Exam.

UPSC Preparation Along with the IT Inspector Job

Pradeep says that he took help from a few coaching institutes in the beginning of the UPSC preparation but after a while, he emphasized more on self-study. He also chose to prepare for the exam while working. He says that it was difficult to manage the time and study along with the job but constant determination kept him going. Pradeep says that he utilized the time before and after the work shifts and also the weekends to prepare for the exam.