Download admit card for Punjab TET / PSTET 2016 from 18 September onwards. The examination is scheduled to be held on 25 September.

Download admit card for Punjab TET / PSTET 2016 from 18 September onwards. The examination is scheduled to be held on 25 September.

Punjab Teacher Eligibility Test (PSTET) / Punjab TET 2016 is held for recruiting eligible candidates to the post of teachers. The examination is held by State Council of Educational Research & Training, Punjab.

Application intake process has been over for PSTET 2016. Candidates who have applied for the examination must be aware of the structure and composition of the examination.

The question paper will be objective type carrying one mark each. There will be no penalty for negative marking.

The examination will comprise of two papers: Paper 1 for primary school (Class 1-5) teachers and Paper 2 for teachers of Class 6-8.

Each of the question paper will comprise of 150 questions. The questions will be based on the topics prescribed for each of the papers, but their difficulty standard, as well as linkages, could be up to higher stage.

Find details of the examination from the table given below 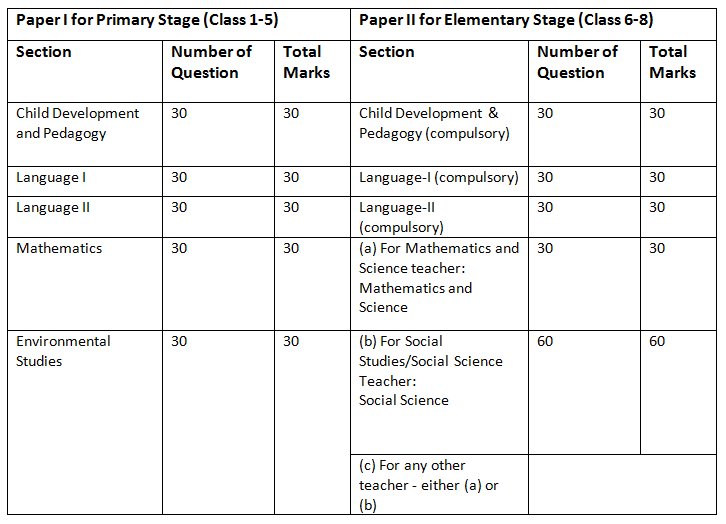 Important Note for Candidates: Only those candidates who score 60% or more in the PSTET exam will be considered as PSTET pass. The validity of PSTET qualifying certificate will be seven years from the date of declaration of its result. There is no restriction on the number of attempts a person can take for acquiring a PSTET Certificate. A person who has qualified PSTET may also appear again for improving his/her score.