The Hindu for IAS Exam: Role of Governments in flood mitigation 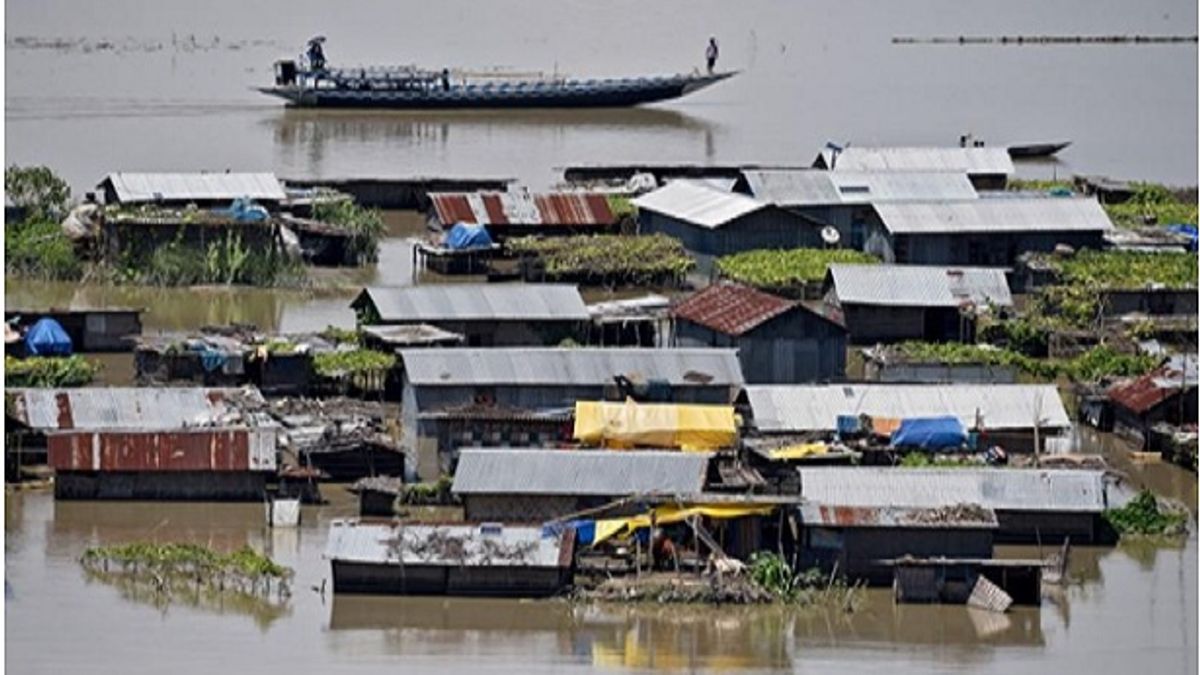 The article covers the role of Central government as well as the role of state government in a case dealing with the flood situation in any part of the country. As it is an important topic for IAS Mains Exam and it must be covered before the upcoming IAS Mains 2017.

Every year, floods are responsible for thousands of lives and devastating thousand acres of cultivated area of the eastern and western parts of the country. The current year flood that has ravaged parts of eastern and western India, leaving at least 600 people dead and displacing thousands, highlight the need for a massive capacity-building programme to deal with frequent, destructive weather events.

The geographical features of the country facilitate that monsoon deluge is not an uncommon occurrence in the subcontinent and also there is considerable variability in the duration and frequency of rainfall in different regions. Moreover, there is a visible tendency of even drought-prone regions in Gujarat and Rajasthan encountering floods, in addition to the traditional axis covering States along the Brahmaputra and the Ganga.

In order to achieve normality, the people in the flood prone regions need immediate help and package for the speedy relief and rehabilitation from the state and central governments. Accordingly, the Central Government has announced a solatium for the next of kin of those who have died due to flood this year. Apart from the help package, affected regions also need other actions from the government like short-term housing, food, safe drinking water, access to primary health care and protection and sanitation for women, children and the elderly people. Lack of such basic amenities, the intended government’s policies exhibits the character of its weak foundation of social support which has an exasperated impact during natural calamities.

One of the discouraging facts shows that some states have not been able to use the intended disaster relief funds even after centre’s repeated guidelines to set off the unutilised portion of the fund when making fresh claims. Such practices of inefficiencies must be addressed so that the easy and effective initiatives can be taken when affected people need relief from the government.

1. Approximately 60% of the flood damage in the country occur from river floods, while 40% is due to heavy rainfall and cyclones.

2. Damages by the Himalayan Rivers account for 60% of the total damage in the country.

3. In the peninsular river basins, most of the damage is due to cyclones whereas in the Himalayan Rivers about 66% is due to floods and 34% by heavy rains.

4. About 27% of the flood damage in the country is accounted for by Bihar, 33% by Uttar Pradesh and Uttarakhand and 15% by Punjab and Haryana.

5. The floods caused by torrential rains across the hilly states of Assam, Arunachal Pradesh, Nagaland and Manipur over the past two weeks, have also triggered landslides.

The Chennai flood of 2015 can be seen as the catastrophic event which made a space for calling up the various protocols must be followed by the state governments in controlling flow from dams and reservoirs. As we can look into the case when the parts of Jalore and neighbouring areas in Rajasthan was immersed due to the water flowed from a dam that was opened to relieve pressure. Around 70,000 cusecs of water were released from the dam- the largest in western Rajasthan. But the local administration had alerted the villagers before the gates of the dam were opened. The rescue teams of National Disaster Response Force (NDRF) and State Disaster Response Force (SDRF) were already deputed in the hotspots of the area to avert the huge damages to lives and animals. A review of the deployment of National Disaster Response Force teams near water bodies and their experience, together with data compiled by the Central Water Commission, is bound to reveal the hotspots where better management and, perhaps, additional reservoirs, can mitigate damage.

So, such studies should not be delayed, considering that official data put together by the Centre show that even in the past four years, between 1,000 and 2,100 people have died annually, while losses to crops, public utilities and houses touched ₹33,000 crore in one of the years. Governments cannot legitimately expect that people with marginal incomes will take calamitous losses in their stride, with neither social support nor financial instruments available to rebuild lives. Sustained economic growth needs action on both fronts. It is essential also to look at the public health dimension: many without the coping capacity to develop mental health issues, including post-traumatic stress disorder in the wake of such catastrophes and need counselling. A vigorous monsoon is vital for the economy, but governments should be prepared to deal with the consequences of excess rainfall.

The Central Government should develop a mechanism to address the problem of flood causing lives of people, animal and washed out of crops in the country so that proper initiative can on time. The state government must play an active role in the process and deliver policies. A package of relief from the competent authority is not enough for the affected people, but also important to provide the basic amenities like short-term shelters, food, sanitation, drinking water and basic health facilities for women, child and elderly people.