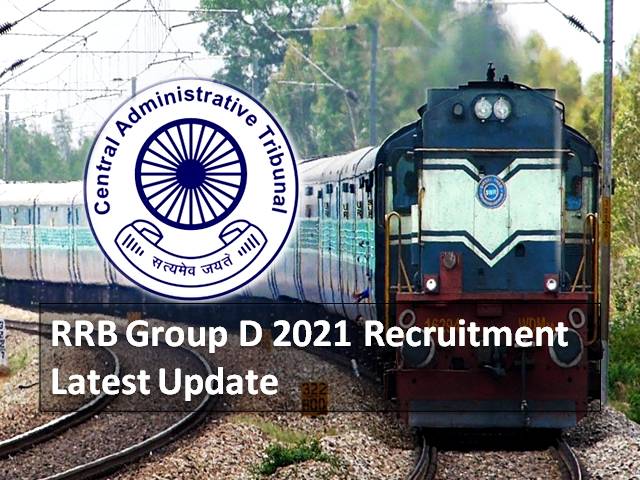 For 103769 RRB Group D Level-1 2019 Vacancies, more than 1.15 crore candidates applied in the month of March & April 2019. As per the sources, the applications of lakhs of candidates were rejected due to various reasons including incorrect uploading of Photographs, Signatures, etc. Candidates officially registered complaints against their rejected application status from 17th August to 23rd August 2019.

Now Central Administrative Tribunal (CAT) has asked Railway Recruitment Board to share the details of the software used in the RRB Group D 2019 Online Application Process and rejected application status complaints. CAT gave this order on the petition filed by Rakesh Kumar Yadav & Others advocated by Siddharth Mishra.

Central Administrative Tribunal has been established for adjudication of disputes with respect to recruitment and conditions of service of persons appointed to public services and posts in connection with the affairs of the Union or other local authorities within the territory of India or under the control of the Government of India and for matters connected therewith.

A person aggrieved by any administrative order pertaining to any matter can make an application to CAT for redressal of his grievances. The jurisdiction of the Tribunal extends not only to the actual employment but also to the process of recruitment also.

RRB Group D Level-1 103769 vacancies have been distributed into 16 RRB Zones and units as shown in the image given below:

Note: The PwBD reservation in the vacancies of Posts - Assistant Pointsman, Assistant Bridge, Track Maintainer Grade IV cannot be given due to the job requirements.