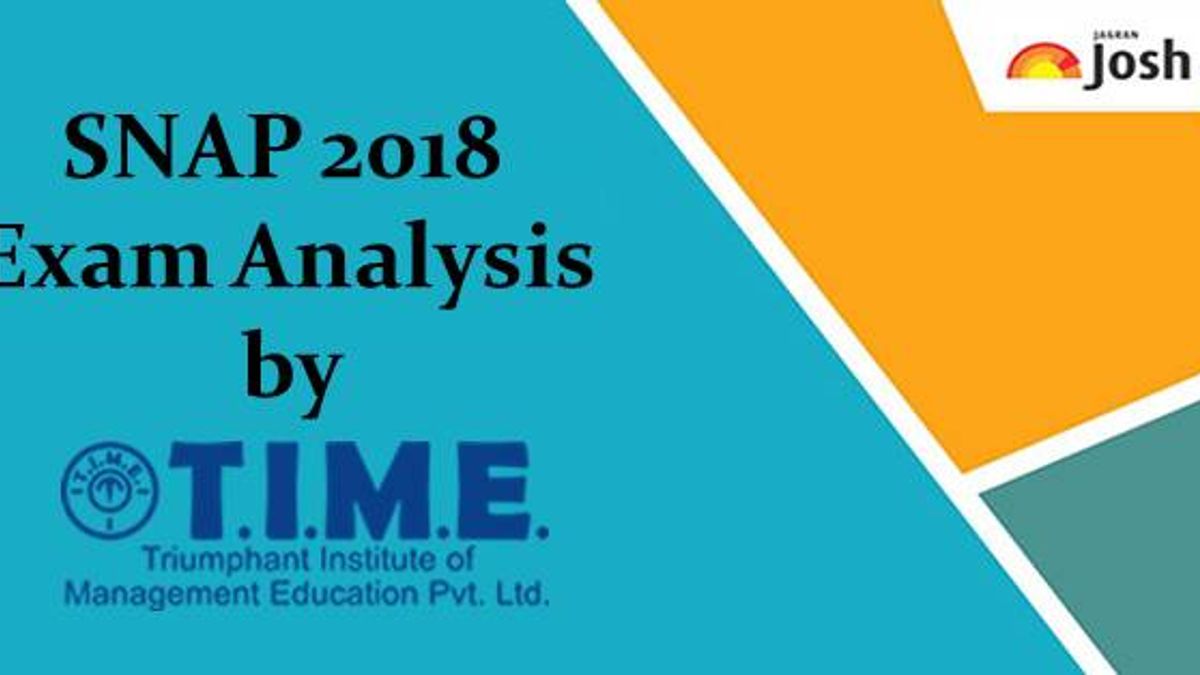 The SNAP exam conducted on 16th Dec 2018 in the computer-based-test format went glitch-free.

The overall difficulty level of the exam was lower as compared to last year’s.

The broad distribution of questions in the test was as under:

Since there were no sectional cut-offs, it made the job of the students a lot easier i.e., they could focus on maximising their overall score instead of perforce trying to improve their sectional performances in tougher sections.

Let us have a closer look at each of the sections:

The section had a total of 35 questions. There were 30 NORMAL questions of 1 mark each. There were 5 SPECIAL questions (non-MCQ or Input box types – where the answer had to be entered on the screen) of 2 marks each.

The distribution of the questions area-wise was as under:

The RC area had two passages with five questions each. The passages were lengthy in nature with around 750-850 words.

Around 22-24 can be considered to be a good number of attempts in this section.

The section was relatively easier compared to the last year. There were 30 questions of 1 mark each (normal MCQ type). There were 5 Special questions of 2 marks each (non-MCQ type). The section had more doable questions and perhaps for the first time, Data Interpretation questions were completely missing. Continuing the tradition, there were no Data Sufficiency questions in this section but the same were asked in the Logical Reasoning section. The weightage of questions from algebra was on the higher side.

One question appeared to not have the correct answer options (h, c and v of a cone).

The broad distribution of the questions from various areas is as below:

A good student could have attempted a net of 22-24 out of 35 questions in this section by spending around 35-40 minutes. However, this called for a judicious selection of the questions.

The Analytical and Logical Reasoning section had a reasonable number of easy and moderate questions.

Unlike last year, apart from the standalone ones, there were 7 questions based on a caselet. Added to this, there were also some tough ones to crack.

The level of the section could be pegged at a moderate level of difficulty.

The question distribution in the section was as below:

Out of 35 questions in this section, 19 to 21 would be a good number of attempts.

The General Awareness section had 25 questions.

The questions were asked from various categories as below:

Around 12 to 14 attempts in the section in around 10-15 min would have been good for this section.

Note: The above mentioned estimated cut-offs are for general category students, the cut-offs for SC/ST/DA/Kashmiri migrants will be lower.

Please note that there are no sectional cut-offs for SNAP.