The SOA Deemed to be University here has improved its ranking in the prestigious QS Asia University Ranking for 2021 published on Wednesday. 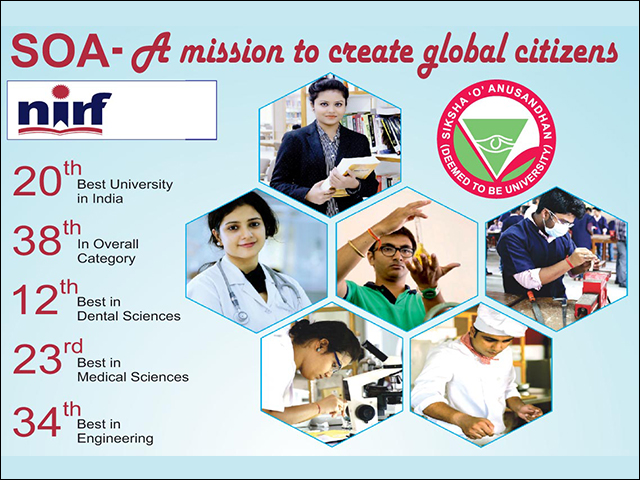 The SOA Deemed to be University here has improved its ranking in the prestigious QS Asia University Ranking for 2021 published on Wednesday.

The Quacquarelli Symonds (QS) Asian University Rankings is a UK-based annual publication of university rankings which featured 650 top universities in the Asian continent.

This year SOA has been placed in the 351-400 bracket in the QS Asia university ranking against its placement in the 401-450 category in the rankings announced last year.

Siksha ‘O’ Anusandhan Deemed to be University here jumped four spots to be ranked among the top 20 universities in the country as the rankings in the different categories by the National Institutional Ranking Framework (NIRF)  for 2020 were announced by the Union minister for Human Resource Development Dr. Ramesh Pokhriyal ‘Nishank’ in June 2020. 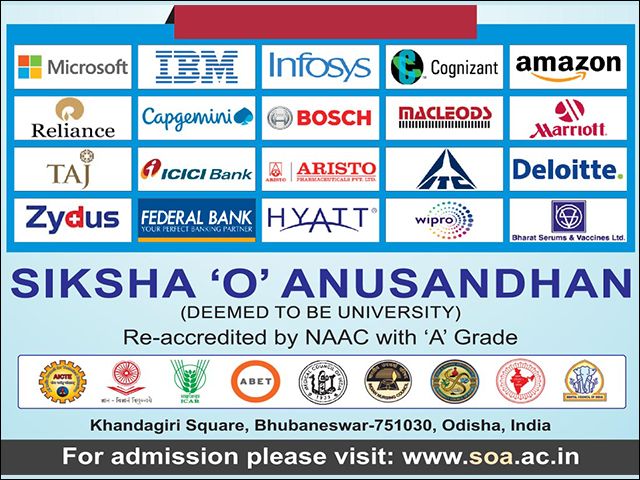 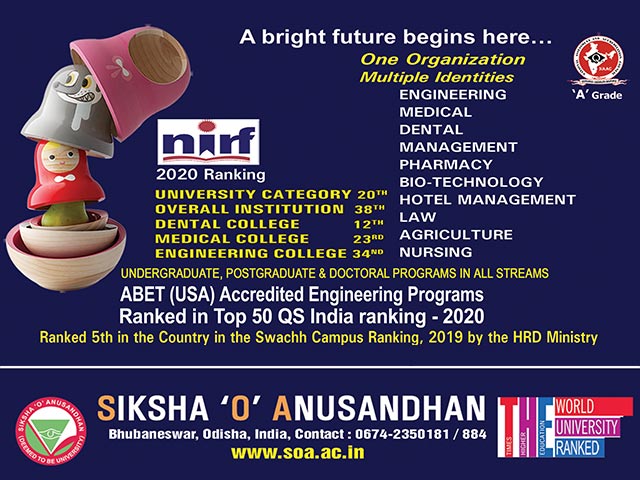 Disclaimer: The information provided in this Notification is solely by SOA University. Jagranjosh.com bears no representations or warranties of any kind, express or implied, about the completeness, accuracy, reliability, suitability or availability with respect to the information. Individuals are therefore suggested to check the authenticity of the information.