Dr. Hausen delivered a special lecture on Prevention of Cancers linked to Infections at the Indian Genetics Congress organized by the Dept of Genetic Engineering of SRM University.

Twenty one per cent of global cancer incidence is caused by infections by parasites and bacteria and this could be substantially reduced by vaccination and one way of preventing cancer is by treating persisting infections, according to Prof. Harald zur Hausen, Nobel Laureate of Medicine in 2008 and presently with the German Cancer Research Centre in Heidelberg, Germany. 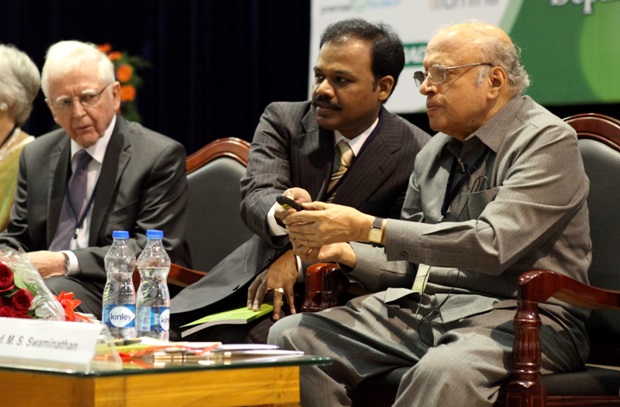 Dr. Hausen delivered a special lecture on Prevention of Cancers linked to Infections at the Indian Genetics Congress organized by the Dept of Genetic Engineering of SRM University. “Perinatally vaccinated children reveal a 70 per cent reduced risk of liver cancer” he said. “As far as cervical cancer is concerned, secondary prevention resulted in a decrease of this cancer by 70 per cent to 80 per cent”, the Nobel Laureate remarked. The three day Congress has the participation of nearly 800 delegates from across India.

Speaking on Genomics and the Zero Hunger Challenge, Prof. M.S. Swaminathan, the UNESCO Chair in Ecotechnology at the M.S. Swaminathan Research Foundation told the distinguished gathering that there are three major dimensions of hunger—calorie deprivation, protein deficiency and micronutrient deficiency; and one of the ways of overcoming protein hunger is through the Pulses Revolution with  the “Pulses Panchayat” being a central theme of the International Year of Pulses in 2016. 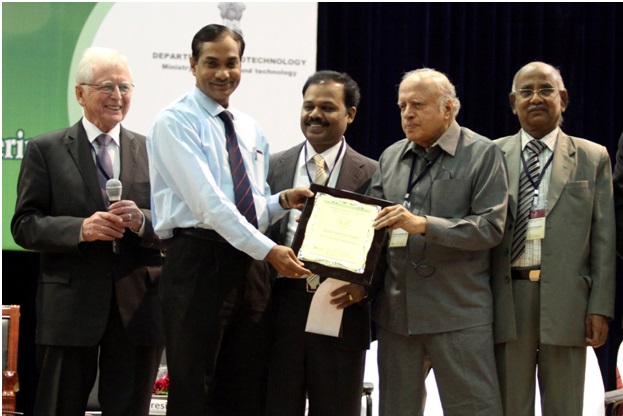 Dr. Swaminathan maintained that Evergreen Revolution is the future Pathway as the world requires 50 per cent more rice in 2030 than it required in 2004 with about 30 per cent less arable land today. “ Mainstreaming ecology in technology development and dissemination is the road to sustainable agriculture” , he said.

Expressing the hope that the Genetics Conference would come up with a Charter for the Government of India to formulate a policy for Genetic Engineering in India, the President of SRM University, Dr. P. Sathyanarayanan called on the Government of India to substantially enhance funding for Research and Development. “Genetic Engineering Research of today will yield results only in the next generation and it will have to be also focused on the common person and social values” he said.