In this article, we have provided 25 solved questions of General Intelligence & Reasoning asked in SSC CGL tier-1 exam held on 29thAugust, 2016 (Morning shift). Please find the questions distribution for this paper in the table given below-

From the above table, we can observe that questions are distributed from all the important topics of General Intelligence & Reasoning. Almost no topic is left. However, questions asked from analogy, series, odd one out, and mathematical operations were in higher numbers. Hence, from this observation, we can conclude that you must prepare each topic of the syllabus of General intelligence & reasoning directed by SSC in its notification. Now, Let us have a look of the questions-

Question 1.Select the related word/letters/number from the given alternatives.
Foot : Man :: Hoof : ?

Explanation: The following figure will explain the stated problem in efficient manner-

Question 4.Find the odd word/letters/number pair from the given alternatives

Explanation: All except June contain 31 days.

Question 5. Find the odd word/letters/number pair from the given alternatives

Explanation: In all strings except XUBU, no letter is repeated twice.

Question 6. Find the odd word/letters/number pair from the given alternatives

Question 7.Arrange the following words as per order in the dictionary
1. Follicle 2.Folk 3.Follow 4.Foliage

Explanation: As per the English Dictionary, the most exact sequence in ascending order will be-

Question 8. A series is given, with one term missing. Choose the correct alternative from the given ones that will complete the series.
8, 15, 29, 53, ?

Question 9.A series is given, with one term missing. Choose the correct alternative from the given ones that will complete the series.
WFB, TGD, QHG, ?

Question 11.A man is 3 years older than his wife and four times as old as his son. If the son becomes 15 years old after 3 years. Then what is the present age of the wife?

Question 12.From the given alternative words, select the word which cannot be formed using the letter of the given word:
UNIVERSALISATION

Explanation: The given word does not letter ‘C’ in it. Hence, the word ‘CURTAIN’ cannot formed.

Question 14.Which of the following interchange of signs would make the equation correct?

Question 16.Find the missing number from the alternatives

Question 17.Starting from a point, a person travels 3 km towards east and turns left and travels 4 km. Then again he turns to left by 45° and moves straight. Which direction is he facing now?
a.North-East
b.North-West
c.South-East
d.South-West

Explanation: The diagram clearly states that the current direction of person is North-West.

Statement: If he works hard, he will be successful in life.

Explanation:  Second one is the effect of the first one. Hence, only conclusion(II) follows.

Question 19.How many rectangles can you see in the figure? 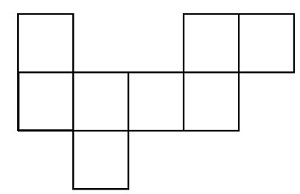 Explanation: After counting all the rectangles, the correct answer will be 9 counting from left to right and right to left.

Question 20.Identify the diagram that best represents the relationship among classes given below
Tennis fans, Cricket players, Students
a.

Explanation: the first option best describes the relationship among the given entities. 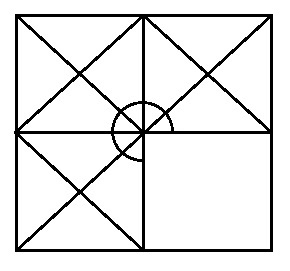 Explanation: Append each figure in the problem figure, then you will find that option(a.) is among the best ones.

Explanation: Superimpose the problem image on each options and you will find option(b.) image most suitable. 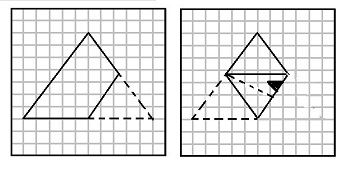 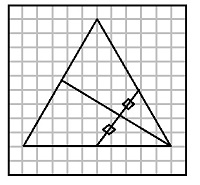 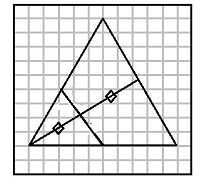 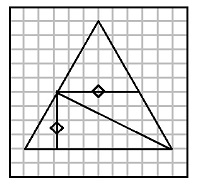 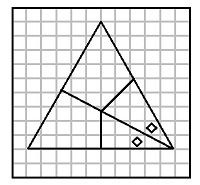 Explanation: Unfold the image and track the number of holes in it. Hence, option(a.) is the perfect match for the solution. 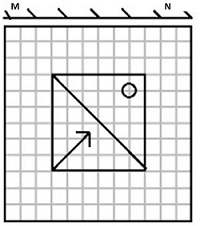 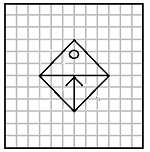 Explanation: invert the image 180 degree vertically and you will get the option(b.) as answer.

Explanation: let us find the numbers for the each letter of the given word-

Considering the given options, only option(b.) satisfies it.