In this article, we have shared a set of 10 questions of analogy reasoning with explanations. Go through all of them and practice accordingly- 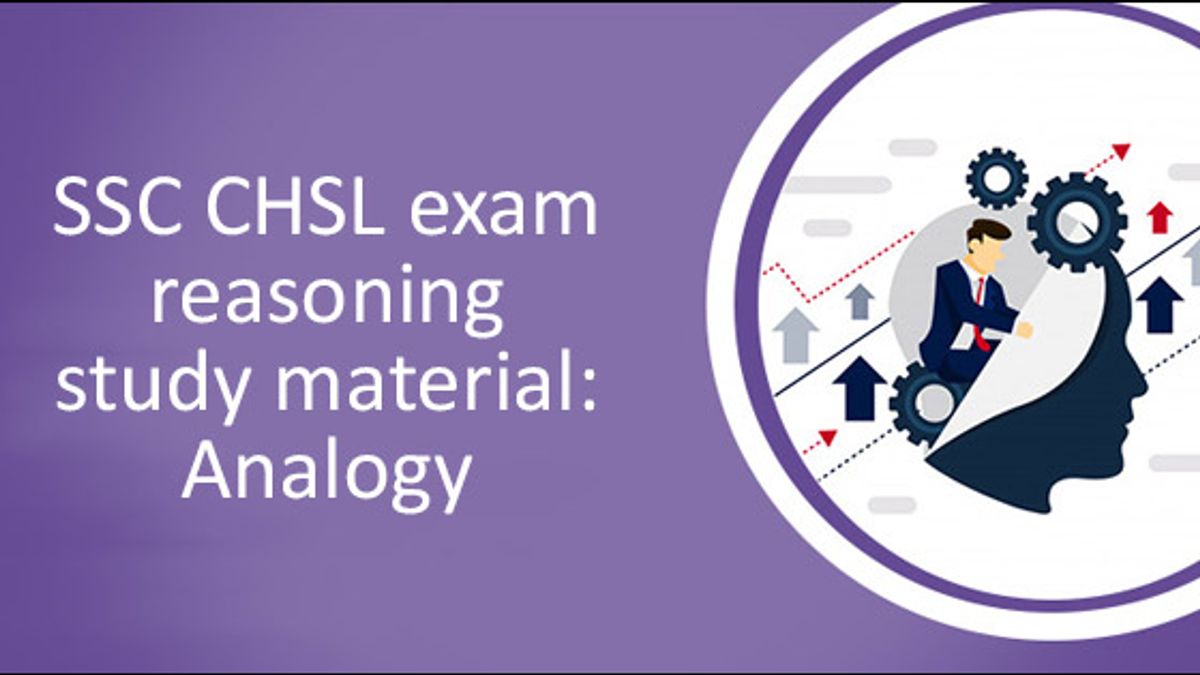 SSC CHSL is the most awaited exam after SSC CGL exam among the government job aspirants. SSC CHSL tier-1 exam is the most difficult phase of this exam as there are lakhs of aspirants appear in this exam every year. Hence, right study material for this exam, is essential.

In this article, we have shared a set of 10 questions and answers with explanation from the topic Analogy. Go through all of them and practice accordingly-

2. Liquid is to fluidity as comedian is to ____.
a. Acting
b. Comedy
c. Companion
d. Singing
Ans.:- b.
Explanation:- Fluidity is the act of liquid; similarly, comedy is the act of comedian.

4. Kilometer: Distance: Joule:?
a. Momentum
b. Energy
c. Force
d. Intensity
Ans.:-b.
Explanation:- First, one is the measurement of second one. Distance is often measured in kilometer; similarly, energy is measured in Joule.

For more SSC exams reasoning study material, keep on visiting us.
All the Best!