SSC CHSL exam 2018: Things that are not going to change

In this article, we will discuss about the format/aspect of the examination that are not going to change. 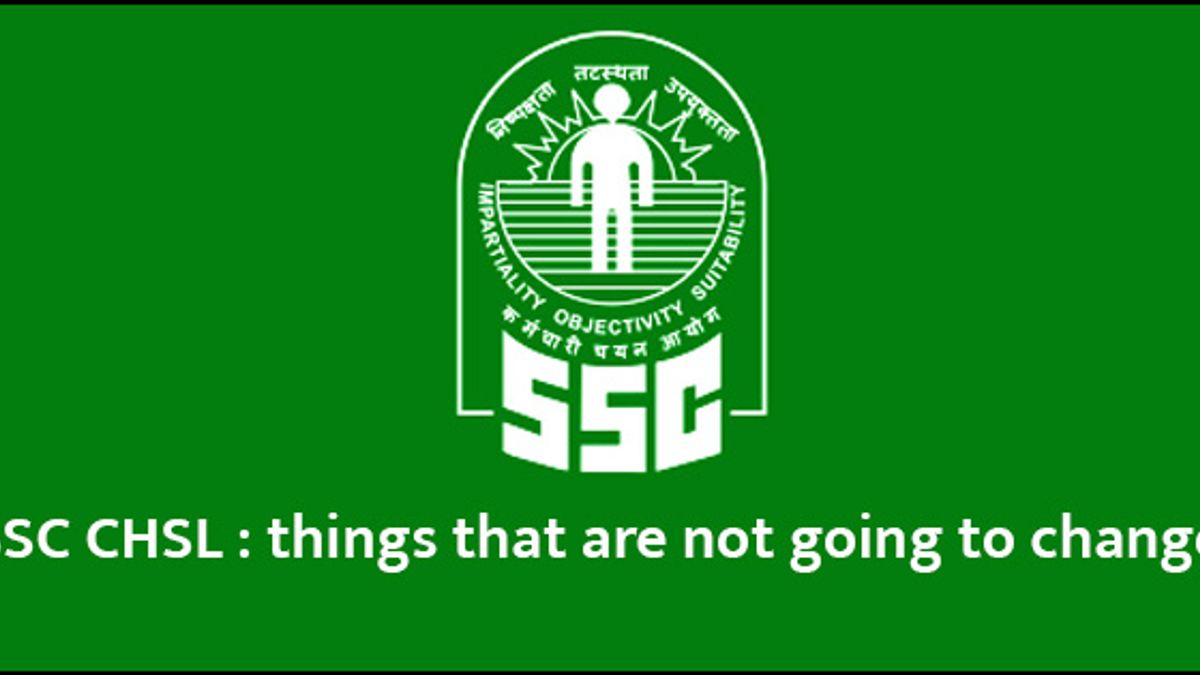 As per the notification released on SSC official site, the online application of SSC CHSL exam 2017-18 will be made available from 18thNovember  to 27th December 2017. Every year SSC conducts CHSL exam for recruiting Group ‘C’ and ‘D’ employees for various posts including Lower division clerks, Upper Division Clerks, Court Clerks and Postal/Sorting Assistants.

As we know that SSC had done major changes in the assessment policy for almost all exams for last year like they had change the mode of examination and there will be no interviews for any post. In this article, we will discuss the format/aspect of the examination that are not going to change. However, before coming to that, first let us discuss the event calendar as per the official notification.

Particulars in which no changes are expected

It is observed that SSC has not introduced any policy regarding this in the last few years. It has examination centres as per the regions and SSC reserves rights for allocating exam centres. Now, you may be thinking that how SSC allocates exam centres. So, let us find out: -
i.  State will be the same as you fill in the online form. However, sub-centre is allocated as per the hall/ticket number. In case, if there are a large number of candidates in comparison to the available capacity, then such candidates are shifted to the nearest sub-centre.
ii. Women and physically challenged candidates are exempted/ relaxed. They usually get the desired/filled examination centre.

The age limit determined by SSC for most of the posts is between 18-27 years and generally not exceeding to 30 years. This criteria must be fulfilled by every candidate except the reserved category i.e. SC/ST/OBC/ physically challenged candidates. The age will be considered for eligibility to appear in the exam will be as per the high school mark sheet.

The minimum eligibility criteria for SSC CHSL exam is higher secondary (10+2) from the state recognized school as on the examination date. If any candidate is found not to have fulfilled these criteria, then his candidature will be subjected to cancellation.

The syllabus for qualifying in SSC CHSL is distinctive as it tests candidates’ ability based on his cognitive, aptitude and proficiency skills in English. It has very specific syllabus for Tier-I & II, whereas in Tier-III, there is no specified syllabus; It is totally based on your comprehensive and computer efficiency skills.
We expect that the above said criteria will not change for the 2017-18 session. As the order of the day, government jobs are very eminent in the youth. Hence, there is a tremendous competition in such examinations, as you will be posted across the nation under various ministries, which are above all other private jobs. So, start preparing for the exam systematically. For more updates/news, keep on visiting us.

SSC CHSL: How to prepare General Knowledge in 30 days