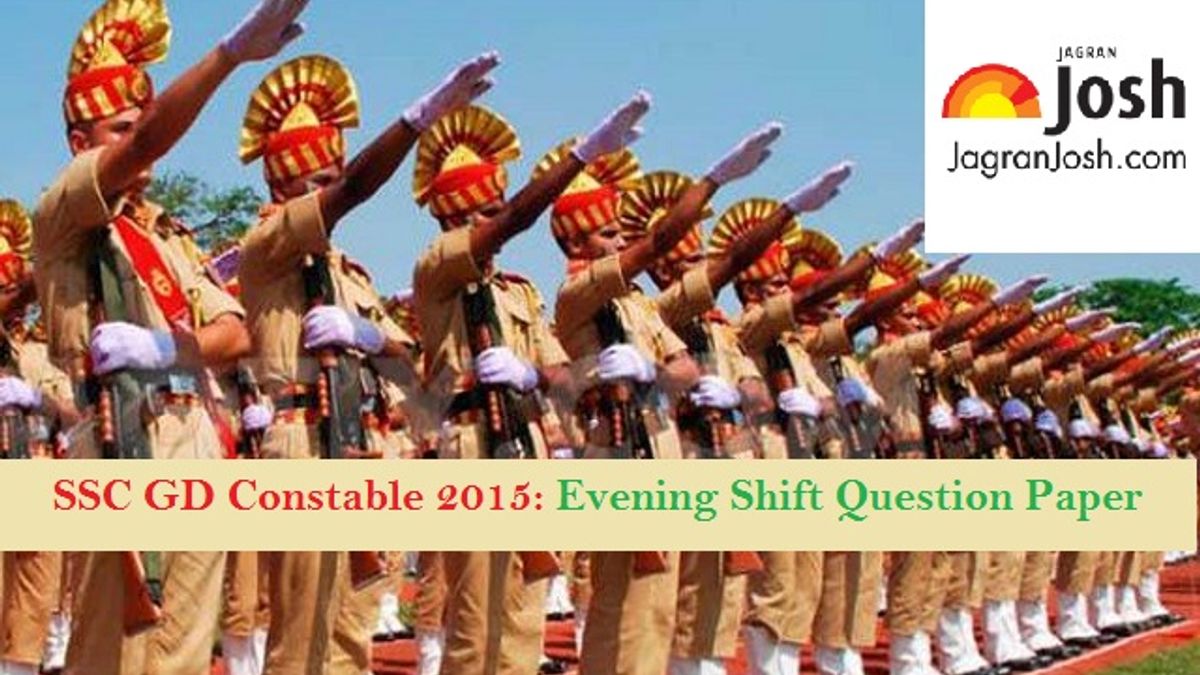 Dear SSC aspirants, we are sharing a full paper for SSC GD constable exam 2015 held in Evening Shift. This paper contains questions from General intelligence, General knowledge, Elementary Mathematics and English Language. Each section is comprised of 25 questions ranging from easy to medium level. So, attempt all questions and prepare study accordingly. Let us take a look-

Part A : General Intelligence and Reasoning

1. From the given alternative words, select the word which cannot be formed using the letters of the given word.

Directions: Select the related word/letter/ number from the given alternatives.

6. Which among the following countries was the first to give women the right to vote?

7. A very hot and dry local wind blowing across North Indian plains in summer is:

8. In India, National Youth day is celebrated on:

9.  The method that cannot be used for removing permanent hardness of water is:

10. Who sis the woman Boxer to win Silver medal in London Olympics of 2012:

11. The time required for a boy to travel along the external and internal boundaries of a circular path are in the ratio 20:19. If the width of the path be 5 metres, the internal diameter is:

a) by John’s brother

d) The camp beside ours

17. I have been waiting for you since two hours.

a) I have been waiting

18. An idea was worth nothing if it has no champion.

c) if it has no champion

d) was worth nothing

Directions: Sentences are given with blanks to be filled in with an appropriate word(s). Four alternatives are suggested for each question. Choose the correct alternative out of the four and indicate it by blackening the appropriate circle in the Answer Sheet.