Struggle of Empires in North India for IAS Prelims Part 2

Here, in this article, we have provided Medieval History quizzes for IAS Prelims Exam based on the topic- Struggle of Empire in North India during the medieval period in India. 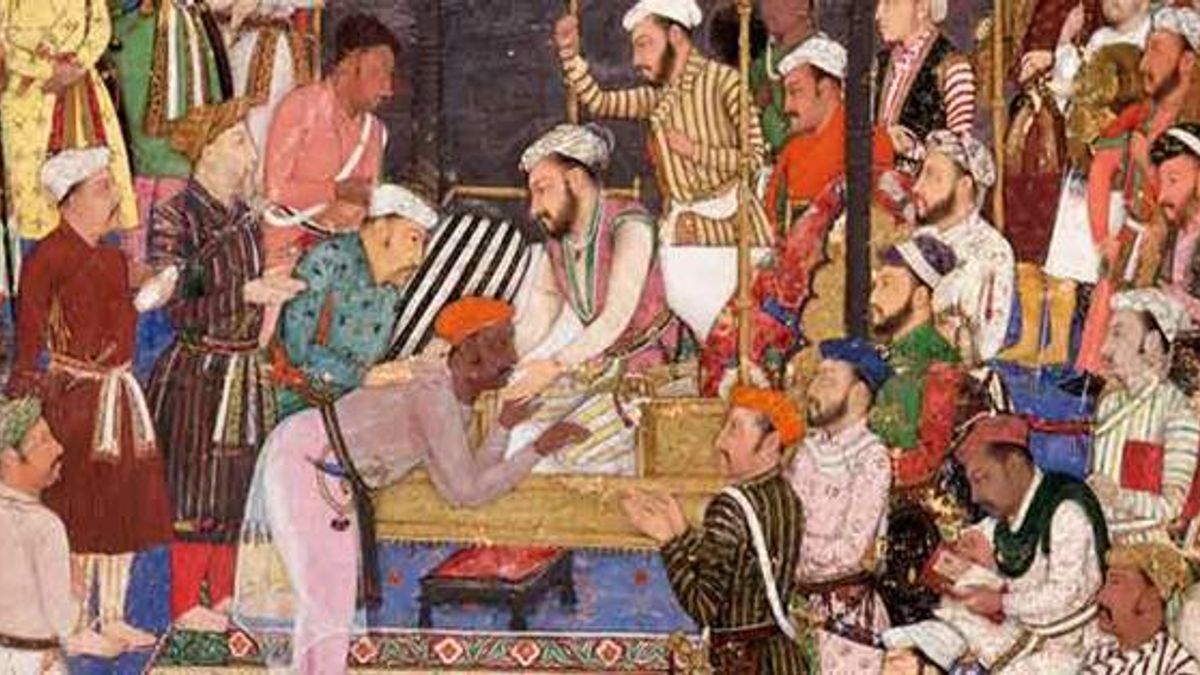 Struggle of Empires in North India for IAS Prelims

The importance of Indian History always has been high in UPSC IAS Exam. The IAS aspirants need a comprehensive study to cover all the important topics for IAS Exam but the practice of questions based on such topics is also very important.

1. The first battle of Panipat was fought between Babur and which of the following ruler of the Lodhi dynasty?
a. Sikandar Lodhi
b. Ibrahim Lodhi
c. Bahlol Lodhi
d. Daulat Khan Lodhi

The battle of Panipat is regarded as one of the decisive battles of Indian history. It was fought between Babur and Ibrahim Lodhi on 20 April 1526. It broke the back of Lodi power and brought under Babur's control the entire area up to Delhi and Agra. The treasures stored up by Ibrahim Lodi in Agra relieved Babur from his financial difficulties. The rich territory up to Jaunpur also lay open to Babur.

However, Babur bad to wage two hard-fought battle, one against Rana Sanga of Mewar, and the other against the eastern Afghans, before he could consolidate his hold on this area. Viewed from this angle, the battle or Panipat was not as decisive in the political field as has been made out. Its real importance lies in the fact that it opened a new phase in the struggle for domination in north India.

2. The famous battle between Babur and Rana Sanga is known as the battle of Khanwa, recently, located in which of the following states of India?
a. Uttar Pradesh
b. Madhya Pradesh
c. Rajasthan
d. Haryana

The Battle of Khanwa was fought on March 16, (1527), between Babur, founder of the Mughal empire in India on the one hand and a combined Rajput army led by Rana Sanga, ruler of Mewar, on the other. It was the second of the series of three major battles, victories in which gave Babur over lordship over north India.

The battle or Khanwa (1527) was fiercely contested. According to Babur, Sanga's forces exceeded 200,000 including 10,00o Arghan cavalrymen and an equal force fielded by Hasan Khan Mewati. As usual, these figures may be greatly exaggerated, though Babur’s forces were undoubtedly inferior in number. Sunga made ferocious attacks on Babur's right and almost breached it. However, the Mughal artillery took a heavy toll of life, and slowly, Sanga's forces were pushed back. At this juncture, Babur ordered his soldiers in the centre, which had been sheltering behind their tripods, to launch an attack. The artillery also advanced behind the chained wagons. Sanga's forces were thus hemmed in and were defeated after a great slaughter. Rana Sanga escaped and wanted to renew the conflict with Babur. But he was poisoned by his own nobles who considered such a course to be dangerous and suicidal.

3. Consider the following statements regarding the significance of Babur's advent into India:
1. Since the downfall of the Kushan Empire, Kabul and Qandahar became integral parts of an empire comprising north India.
2. Babur and his successors were able to give to India security from external Invasions for almost 200 years which strengthened India's foreign trade with China and the Mediterranean seaports.
3. Babur’s advent led to rapid popularisation or gunpowder and artillery in India, thereby reducing the importance or forts.

Babur’s advent into India was significant from many points of View. For the first time since the downfall of the Kushan Empire, Kabul and Qandahar became integral parts of an empire comprising north India. Since these areas had always acted as staging places for an invasion of India, by dominating them. Babur and his successors were able to give to India security from external Invasions for almost 200 years. Economically also, the control of Kabul and Qandahar strengthened India's foreign trade since these two towns were the starting points for caravans meant for China and the Mediterranean seaports. Thus, India could take a greater share in the great trans-Asian trade.

In north India, Babur smashed the power of the Lodhis and of the Rajput confederacy led by Rana Sanga. Thereby, he destroyed the balance of power obtaining in the area. This was a long step towards the establishment of an all-India empire. However, a number of conditions had still to be fulfilled before this could be achieved. Babur showed what a skilled combination of artillery and cavalry could achieve. His victories led to rapid popularisation or gunpowder and artillery in India, thereby reducing the importance or forts.

Though an orthodox Sunni, Babur was not bigoted or led by the religious divides. At a time when there was a bitter sectarian feud between the Shias and the Sunnis in Iren and Turan, his court was free from theological and sectarian conflicts. Though be declared the battle against Sanga a jihad and assumed the title or ghazi after the victory, the reasons were clearly political. Though it was a period of war, only a few instances can be found of destruction or temples. Babur was deeply learned in Persian and Arabic and is regarded as one of the two most famous writers in the Turkish language which was his mother tongue. As a prose writer be had no equal, and his famous memoirs, the Tuzuk-i-Baburi is considered one of the classics of world literature. His other works include a masnavi and the Turkish translation of a well-known Sufi work. He was in touch with the famous poets and artists or the time and described their works in his memoirs. He was a keen naturalist and has described the flora and fauna of India in considerable detail.

After ascending the throne, Humayun had to deal with the rapid growth or the power or the Afghans in the east, and the growing sweep or conquests or Bahadur Shah, the ruler of Gujarat. At the outset, Humayun was inclined to consider the Afghan danger to be the more serious of the two. In 1532, at a place called Daurah, he defeated the Afghan forces which had conquered Bihar and overrun Jaunpur in eastern Uttar Pradesh. After this success, Huniayun besieged Chunar. This powerful fort commanded the land and the river route between Agra and the east and was known as the gateway to eastern India. It had recently come in the possession or an Afghan Sardar, Sher Khan, who had become the most powerful of the Afghan Sardars.